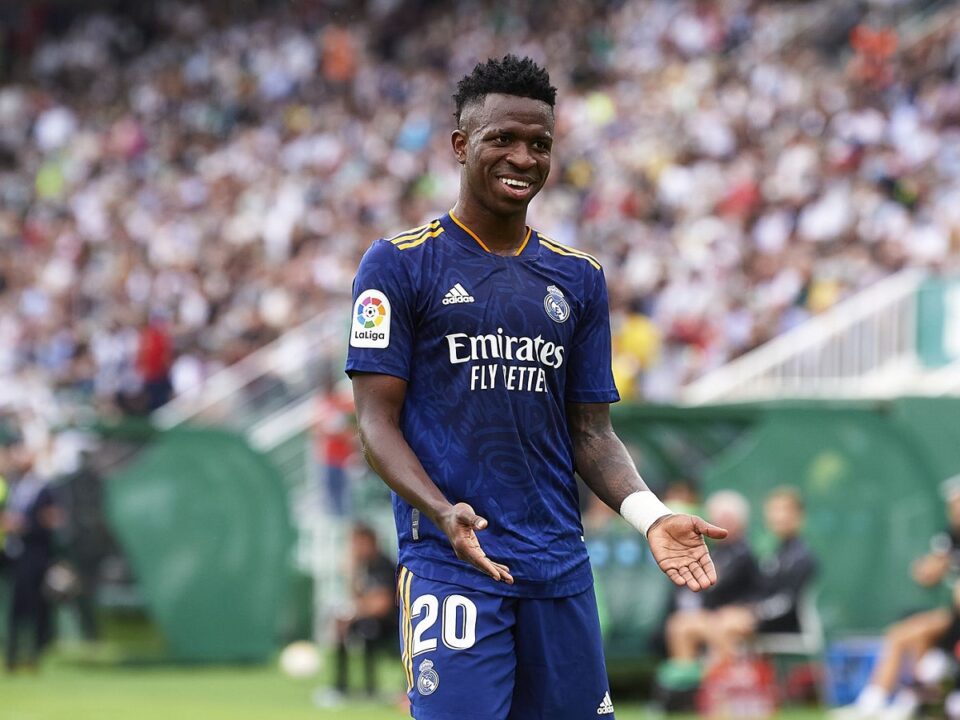 The youngster in Brazilian football and also known as the next Neymar to be projected is on the rise. Yes, Vinicius Jr is a superstar in the making and his ability with pace and Ball Control is obviously talked about throughout the world. The 20 year old youngster plays in one of the most prestigious clubs of the world.

Currently he is the number 10 for Spanish Giants Real Madrid. Unlike most other Brazilian superstars who made a big name in world football, Vinicius Jr actually rises from his childhood club Flamengo. Everyone knows how hardworking and intelligent the lad is, but you can find 10 Things Very Few People Knew about Vinicius Jr mentioned below.

It is true that Brazil is always rich in football, art and culture. Most people already recognize Brazil as a country for great footballers. However, their economic stability is not as high as expected. The family stats for Vinicius Jr are quite same as well. He comes from a city in Rio De Janerio. However, his locality is also very concerning which is placed near polluted waters connecting with the Guanabara Bay. He comes from a habitat o the poor family with a large population. His family includes of five members with two brothers and one sister.

Vinicius Jr comes from a low economic stability where his parents did not have the sufficient money to put some bread on the table. However, his talent and hard work from his childhood made Vinicius Jr to be one of the best to rise up. With hep of his Uncle, he could learn to play football and develop his skills from youth academy. Most of his childhood went through struggle and hard work for everyday life.

No one could imagine that a Real Madrid superstar could play for their arch rivals. Who would want to play for both Barcelona and Real Madrid? But for Vinicius Jr, it is not much to worry about! Infact, he manages to play for both! In real football life, he plays for the Madrid based team. However, when it comes to FIFA, he only opts to choose Barcelona and Lionel Messi is a constant starter! He was always obsessed with video games and always wanted to play more!

Every player or sports personality also has much love bout other sports. Most footballers like Golf, Billiards or other different sport activities to make their daily life interesting. However, Vinicius Jr’s love for football came back from the rise of futsal. Before joining any professional sports, he used to play futsal in school. He also registered for a famous club in his locality. However, this definitely helped him to learn many tricks and techniques with his feet. This helped him to become a better footballer throughout and also helped him to develop his supposed and shooting skills.

Everyone knows the legacy of the club and also the talent scot that it has on all over the world. As a part of his professional services, Manchester United did send scouts to Flamengo in order to monitor Vinicius Jr. However, this was quite integrating which helped the scouts to spot him and acquire his services. However, this deal collapsed easily because the negotiations with Manchester United did not go through correctly.

Apart from being the right professional, Vinicius Jr also maintains a strict balance in life. Young men might go for club and party after matches, but it is not the same for Vinicius Jr. He has a strict no policy for Alcohol and his family is always protective about it. But the one thing that makes Vinicius Jr stand out amongst all is that he is honest about it.

The one thing that makes Vinicius Jr different than most u-21 players is that he is a responsible father. However, the Brazilian is a father of two children. Although the names of his children are not publicly known.

Footballers are often projected because of their net worth and their market value. His net worth is around 36.4 million Euro! The young star has a market value of €50 million n the current market.

9. His preference of team

Choosing between Barcelona and Real Madrid is always a big task in hand. However, for Vinicius Jr his preference of team was Real Madrid because of his U-17 teammates who wanted to be playing together.

The legit partner of Vinicius Jr is supposed to be Vinicius Jr. The Real Madrid winger got hitched up back in 2019 and also together with two children.

The Yong gun, Vinicius Jr is one of the best players in the world today and has a promising career ahead. He’s a man with not much of fuss and is very important for every team that he plays in. Currently, he ranks in the 39th place for all the U-21 players counted through the world. However, his professionalism and dedication towards the game will definitely make him stand out amongst others. The 10 Things Very Few People Knew about Vinicius Jr is something that you wouldn’t want to miss.