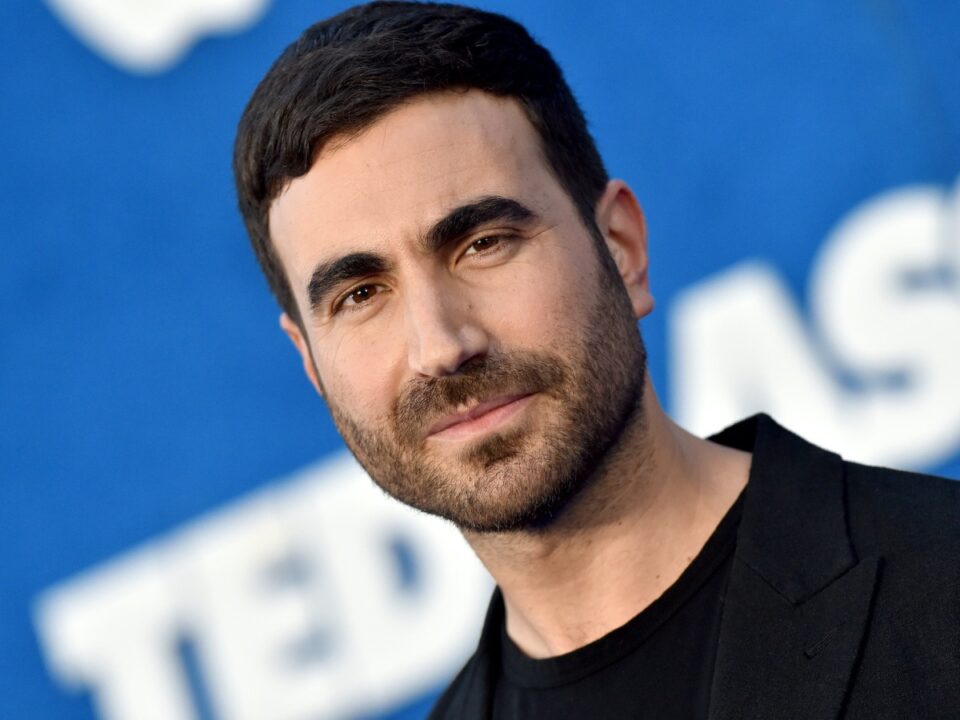 Finally clearing up questions about whether the character was based on reality and fiction, the British actor who plays the character of Roy Kent in the hit show Ted Lasso shows us that he is not CGI. And he swore on TV just like the character he plays! Both playing FIFA and watching the series helped some viewers to see beyond reality and draw somewhat hasty conclusions. This has happened to many of the fans of Ted Lasso, the series starring Jason Sudeikis about a good-natured American football coach who happens to coach a fictional football team in Great Britain. The latest conspiracy theory that Reddit users who watch the series broadcast on Apple TV have pulled out of their sleeves has nothing to do with Sudeikis, but with another of the great protagonists of the series that has gained even more weight in its second season, the lovable but foul-mouthed Roy Kent.

Roy Kent: From Being Based on Roy Keane, CGI Theories, To The Emmys!

1. Roy Kent was based on an icon of English football:

Roy Kent, the gruff but fair retired captain of AFC Richmond, is a total nod to the iconic Roy Keane, the footballer who endeared himself to the world public with Manchester United from the late 1990s to the mid-1990s. from the 2000s.

This is if anything the most obvious reference from a Ted Lasso character to a real-life footballer. And it all goes in the series where many football and TV specialists (football and series fans), faithfully agree that the character played by Brett Goldstein and the Irish idol share many similarities: highly competitive attitude, rudeness in the game, leadership and more … However, there is a slightly clearer trait when it comes to tactics.

In the series, Kent is described as a box-to-box midfielder or ‘all-rounder’, which is how nominal midfield players are known whose ability allows them to move around various areas of the pitch, either to defend their area or to finish off the opponents.

In either case, his technique is so refined that they can perform both functions reliably. Well, during his career, that same characteristic is what made Roy Keane an emblem of global football.

2. So who is the real Roy Kent aka Roy Keane?

Keane (born in 1971) is an Irish footballer and later a coach.

He started his career in 1989 with the Irish Cobh Ramblers. He was a Nottingham player from 1990 to 1993, and then spent twelve highly successful years at Manchester United. From 1997 until his departure, i.e. until 2005, he was also its team captain. Here, he became a seven-time champion and a four-time cup winner, and one (1998-99) he also managed to win the Champions League with his team. He spent the last year of his career at Celtic.

He has been coaching since 2006, his first team was Sunderland; Between 2013 and 2018, he worked as the second coach of the Irish national team.

In his first season as Sunderland manager, Keane took over the 23rd-place club and propelled them to first place, winning the Championship and securing the club’s promotion to the Premier League. The success of Sunderland in 2006-2008 was associated precisely with the arrival of Keane. After the Sunderland management terminated Keane’s contract by mutual agreement and after serving as head coach of Ipswich Town, he was Martin O’Neill’s assistant with the Republic of Ireland national team between 2013 to 2018. and since January 2019 with Nottingham Forest. He also worked as a guest expert on television and is often touted as a professional football pundit.

3. The Roy Kent theory that he is CGI and not played by an actor:

Ted Lasso fans have a theory which was that Roy Kent, the character played by a real actor, is actually CGI (computer generated). The idea has been circulating for several months on sites like Reddit back in 2021.

The 2021 theory gained an impact on social networks.

“I bet it’s one of the conditions that are fundamental to make the series: they can try their ‘new CGI technology’ and at the Emmys they will nominate him for best actor and they will make a surprise ‘he was CGI’ announcement,” says a Reddit user in the subforum dedicated to Ted Lasso.

“Thank God this thread exists…it’s been the biggest question I’ve had since I started the series…what’s going on? Does it have to be CGI or something?” wrote another person within the same subreddit about the show!

“Totally, I thought the same, but my husband does CGI for important announcements and said that it seems to be the way they shot it,” comments a third user.

And while it would be a rather curious twist if all of his appearances in the series were actually CGI, all indications are that this is not the case.

Even if many of us found it cooler if Roy Kent in all his black hair and black beard glory was actually CGI.

The former AFC Richmond captain has been the target of a theory that the actor who plays him, Brett Goldstein, is actually a character made from CGI by Apple TV itself.

Such characteristics as might be expected have been denied by Goldstein himself, although in a rather peculiar way.

Far from the bad mood that characterizes his character in Ted Lasso, Brett Goldstein has been in charge of resolving all the doubts and other conspiracies with a video published on his social networks.

“I am a completely real, normal, and human man, it just so happens that I live in a special effects studio and that I do normal things like rendering, buffering, or transferring data,” the actor joked on his Twitter through a fun filter.

We do not know if the social media post of the actor will convince many of those who launched this theory (they will think that it is probably one more trick of Apple) but the truth is that Goldstein has risen, with or without CGI, as one of the great revelations of this second season.

Away from professional football, strengthening his relationship with Keeley ( Juno Temple ) and enjoying the British version of The Island of Temptations with a group of mothers, anyone would say that Kent is not fully integrated into society if he were not real.

Luckily the Emmy would go to the man who looks like a robot, the actor behind Roy Kent.

‘Ted Lasso’ has been crowned for the second time in a row in September 2022, as the best comedy series at the Emmys, the ‘Oscars’ of television. The story about the optimistic American football coach who won a place in the hearts of the players and fans of AFC Richmond in the English Premier League has also brought an award to its protagonist, Jason Sudeikis. The show also gave another to Brett Goldstein (a comedian recognized in his country and one of the original script writers of the series).

Brett Goldstein won as the best supporting actor playing the role of Roy Kent, both actors were noted for raising the coveted statuette.

Who is Marlen P? Biography, Net Worth, Husband