Jordan Omogbehin: 6 Must-Know Facts About The… 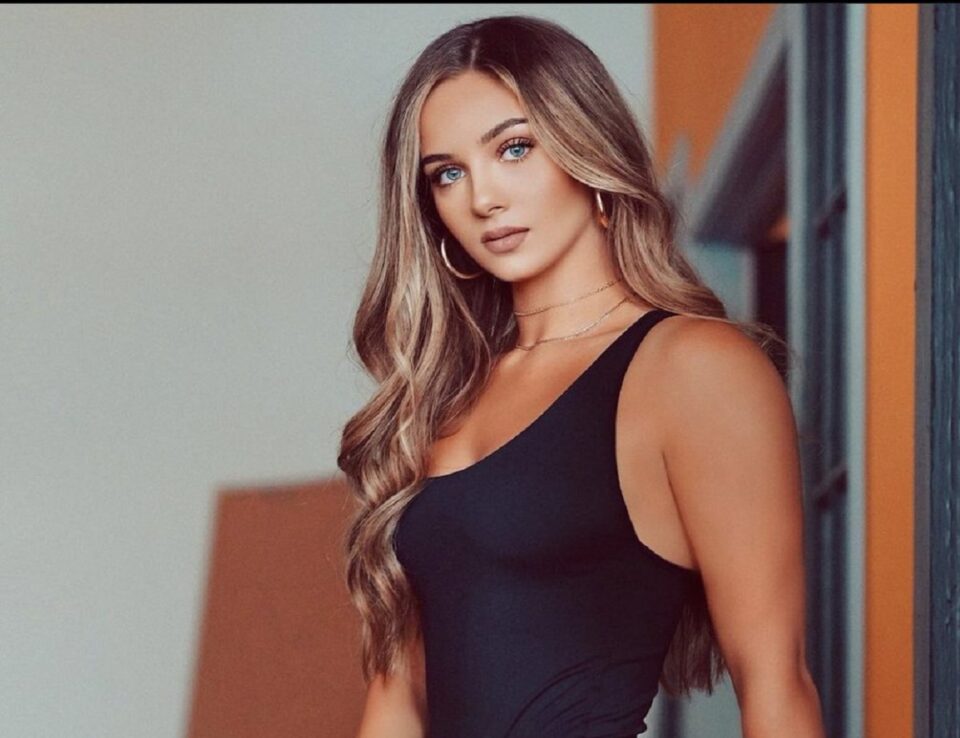 Anna Jay was born in Brunswick, Georgia, and made her Georgia Premier Wrestling debut. AEW saw her and brought her into their ranks, making her debut in 2020. She became a part of Dark Order, a stable led by Brodie Lee, formerly known as Luke Harper in WWE. Here are some facts about Anna Jay’s career.

She was born in St. Simons, Georgia, United States in 1998 and debuted in Georgia Premier Wrestling.

2. How did Anna Jay enter All Elite Wrestling (AEW)?

In 2020 Anna Jay joined All Elite Wrestling (AEW) as one of today’s young talents in wrestling. Although Anna Jay back then did not have much experience or trajectory in wrestling, she always stood out for her agility and strength on stage. And ever for her talent in entertainment such as when she faced AEW Women’s World Champion Hikaru Shida on November 25, 2020 at the AEW Dynamite

Before the fight, Jay took the opportunity to leave a subtle message to her opponent.

“Shida, the last time we fought, you took advantage of a rookie,” expressed Anna Jay. “Well, next Wednesday, let me introduce myself again, the new Anna Jay, number 99,” she emphasized.

In 9 fights contested in AEW, Anna Jay had five wins and four losses. On the other hand, the young athlete who said how hockey legend Wayne Gretzky was Lee’s inspiration for naming her ’99’, also used her Twitter account to refer to her first year as a fighter.

3. How did Anna Jay injure her shoulder?

On February 22, it was announced that Anna Jay suffered a shoulder injury during training that required surgical intervention. As a consequence, the member of The Dark Order was unable to take part in the AEW Women’s World Championship Eliminator Tournament.

The company hoped this was not serious, but the latest reports certified that she had to undergo surgery to repair the damage.

The fighter underwent surgery up to two times, as she recognized in an interview at the beginning of July 2021. Jay suffered a labral tear in training after the first surgery and had to go back to the operating room.

The last match Anna Jay played was on the AEW Dark episode aired on January 12, 2021. On that occasion, ‘The Queen Slayer’ beat Alex Gracia in less than two minutes. Despite doubts about her physical condition, Jay was confirmed as one of the participants in the tournament, but her qualifying match against Britt Baker had to be canceled due to the seriousness of her injury.

The All Elite Wrestling fighter has reported that the operation has been a success.

Anna Jay would be on leave for approximately 4 to 6 months, earlier this March as she  underwent surgery this week to repair a shoulder injury. The fighter herself took to social networks to report that the operation has been a success and that she will be resting for several days before beginning her recovery saying: “Hello everyone. I just got out of my shoulder surgery and everything is fine, “For the next two days, I will most likely sleep and eat only ice cream and soup. But after that … I will try my best. Thanks for all the support and good wishes.”

5. After six months of absence, Anna Jay came back to All Elite Wrestling:

The Dark Order fighter reappeared on the Dynamite show to help Tay Conti who was being attacked by Penelope Ford and The Bunny after their match. Jay came back and melted into a hug with her friend. Following the segment, it was announced that Jay will participate in the AEW All Out 2021 Women’s Casino Battle Royale.

Anna Jay reappeared on Being The Elite, The Young Bucks YouTube channel show. Her appearances in The Dark Order segments hinted that his return was approaching, something that has finally happened. The return of the fighter comes at a key moment for The Dark Order, as the stable is not at its best and little by little it is breaking from the inside.

“I made my professional wrestling debut a year ago. This Wednesday I have a fight for the AEW Women’s Championship title. I’m not taking it lightly, ” said Anna Jay.

6. Career as a professional wrestler:

Anna Marie Jernigan (born July 16, 1998) is an American professional wrestler, better known by her ring name Anna Jay or Anna Jayy, who is currently under contract with All Elite Wrestling.

Jernigan made her professional wrestling debut on November 22, 2019 during a Georgia Premier Wrestling event, where under the ring name Anna Jay she was defeated by Shalandra Royal via disqualification. On December 20 during Holiday Havoc 2019, Jay teamed up with Robin being defeated by Shalandra Royal and Thunder Blonde in a tag team match. On January 17, 2020 during Edge of Darkness, Jay achieved his first victory after defeating Thunder Blonde.

On April 1, 2020, Jay made his first appearance on All Elite Wrestling Dynamite facing Hikaru Shida, where Jay lost by coverage. On April 7, it was announced on Twitter that she had signed with the company because she impressed many people despite being relatively new to the wrestling business.

On the June 17, 2020 episode of Dynamite, the female wrestler returned to action but was overthrown by Abadon. After the fight, the Dark Order helped her carry her backstage.

In January 2020, at a Georgia Premier Wrestling event, the Elite Wrestling star defeated Thunder Blonde in a hair vs. hair match.

In the AEW Women’s Tag Team Cup Tournament: The Deadly Draw, Anna Marie Jernigan aka Anna Jay paired up with Tay Conti. The female duo advanced into the quarterfinals by being victorious over Nyla Rose and Ariane Andrew, but lost to Ivelisse and Diamante during the semifinals.

She was officially introduced as a member of The Dark Order on the August 27 episode of Dynamite.

On 30 December on Dynamite, Jay again teamed up with Tay Conti to face Britt Baker and Penelope Ford, earning a tribute victory to former The Dark Order frontman Brodie Lee at his Celebration of Life.

On February 3, 2021 at Dynamite, Jay was announced as a participant in the tournament for an AEW Women’s World Championship shot. She was set to face Britt Baker in the first round on the US side of the draw on February 22. However, Jay suffered a shoulder injury during training and was replaced by Thunder protégé Rosa Madi Wrenkowski.