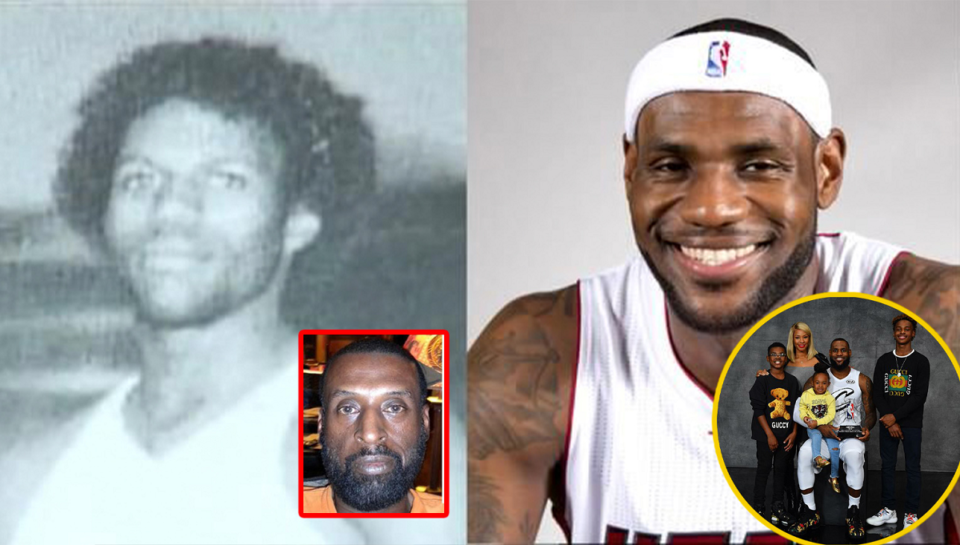 Anthony McClelland is widely believed to be the absentee father of NBA superstar LeBron James. McClelland infamously abandoned LeBron James’ mother Gloria James when she was pregnant with LeBron James at 16. As a result of that, raising Lebron James was a major struggle for Gloria James, and his rise to stardom is one of the great American stories of all time. Raised by a single mother in a financially weak household by a single mother, LeBron James went on to become one of the richest and most successful athletes in the world. He didn’t just become a good basketball player, he became one of the five greatest players of all time, and in the eyes of a few, the greatest player in history. Achieving all of that while being raised by a single teenage mother is incredible and in this post, we will find out why LeBron James’ mother had to raise him like that. Let’s find out more about Anthony McClelland, the man who abandoned Lebron James even before he was born.

Anthony McClelland: All You Need To Know

Who is Anthony McClelland?

What was the relationship between Anthony McClelland and Gloria James?

How was the relationship between Anthony McClelland and LeBron James?

Anthony McClelland and Lebron James never really had a father-son relationship as McClelland abandoned him even before he was born. After finishing high school, Anthony McClelland was continuously involved in a life of crime and kept going in and out of jail. He did try to reconcile with his son but his attempts were rejected. Anthony McClelland continued his child abandoning ways in the future as well as having another son with another woman. His name is Aaron McClelland Gamble and he was also abandoned. He bears a remarkable similarity to LeBron James, further proving the fact that Anthony McClelland is the biological father of LeBron James.

The fact is that the father of the Lakers forward had a problem with alcohol when the player was born and it was his mother, Gloria James, who took care of him in Akron (Ohio) without help because his grandmother died when LeBron was a baby. That made the childhood of the MVP of the past regular league difficult in different slums of the city. And for that reason, whenever he can, he appreciates the efforts of his mother.

Who is Roland Bivens?

Who are some of the people that were rumoured to be LeBron James’ father?

Anthony McClelland is most likely the biological father of LeBron James. However, he also committed identity fraud and went by the name of Roland Bivens for some time. He faked his own death in 1994 as Anthony McClelland is rumoured to still be alive and he has a recorded arrest in 2002. A further confirmation of McClelland being LeBron James’ father was also provided by NBA star Metta World Peace (formerly known as Ron Artest). He said: “My Brother was in jail with Lebron’s father. My brother spent 10 years in jail, they were locked up together”. Anthony McClelland abandoned another son with another woman. His name is Aaron McClelland Gamble and he looks remarkably similar to Lebron James.

Bryce Stovell claimed that he was in a relationship with Gloria James in 1984 (the same year Lebron James was born). According to Stovell, he met Gloria James at a bar called DC Space. At that point of time, Stovell was 29 years old while Gloria James was just 15 years old. According to Stovell, she lied about her age and claimed to be 20 years old at the time of their encounter. After a DNA test said that he had a 0% chance of being LeBron James’ father, Stovell unsuccessfully sued Gloria and LeBron James for fraud and tampering and claimed $4 million in damages.

What did LeBron James write in the open letter to his father?

LeBron James wrote an open letter addressed to his father Anthony McClelland (though his name wasn’t explicitly mentioned) via an Instagram post. Here’s what the letter said:

This is for you Pops !, wrote LeBron James next to the photograph. “Thanks for everything. I could have said why you weren’t with me, but look what I did to me.”

So this was a look at LeBron James’ biological father Anthony McClelland who abandoned him when his mother was pregnant with him. However, as LeBron James’ open letter showed, it served more as a motivation than a hindrance to Lebron James’ growth, making his success story even more glorious.