Top 10 Best Football Referees Of All…

Glentoran FC: All You Need To Know…

The Best Workouts That Will Improve Your…

Dominik Mysterio: 7 Facts About How His…

Bea Priestley: 10 Facts About The New…

Ty Jordan: 8 Facts About The Beloved…

Buddy Boeheim: All You Need to Know… 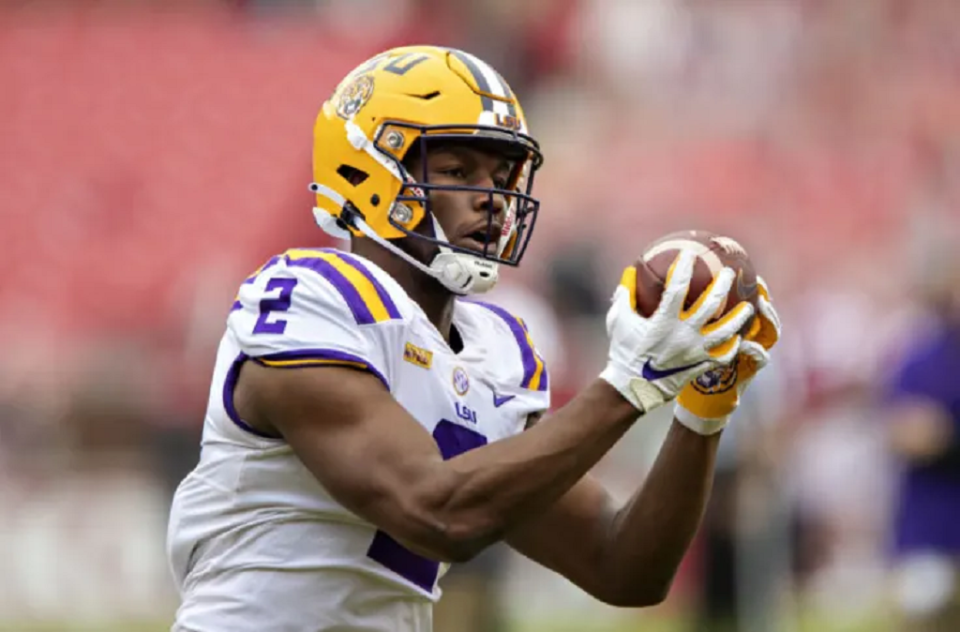 Arik Gilbert was one of the most interesting and fun players to watch in high school football. He received a lot of interest from colleges. He committed to play for the LSU Tigers but transferred to play close to home with the Georgia Bulldogs. His college football stint has recently been marred with issues and he is currently away from the Bulldogs roster for “personal issues”. Let’s find out more.

How was Arik Gilbert as a prospect?

Just a look at his vital measurements can show what a special talent he can be. He is 6’5” and 253 lbs of pure muscle. The tight end/wide receiver prospect managed to put times of 4.73 in the 40 yards and 4.44 in the shuttle run, proving to be an athletic freak. It is for these reasons, added to his great seasons at Marietta HS, where he amassed more than 3,000 yards and 35 TDs in three seasons, that he was rated a five-star player and the best TE coming out of High School according to 247Sports.

He was recruited in 2020 by LSU and had a first season that left many illusions to that offense, since despite the poor overall performance of the team, Gilbert managed to stand out from the first game as one of the most dangerous weapons, not only among the TE but between all receivers. But things changed course in January and the player decided to enter the transfer portal, something that surprised everyone. After a while, between various ideas like transferring to Florida or returning to LSU, Georgia made its push and ended up recruiting him.

Why did Arik Gilbert commit to the Georgia Bulldogs?

The reason he left LSU is the same reason he ended up going to the Bulldogs: wanting to be close to his family. He hails from the state of Georgia and the university was one of the best options, since despite not being in the city where they live, being in the same state allows him to move, see and visit his family much more frequently than if he chose another University.

Gilbert will give that Bulldogs offense one more weapon, not only for the short and physical game that all TE has, but it is also a very interesting option going deep, generating yards after the reception and playing well as a receiver, a discounted version of Shannon Sharpe.

How is Arik Gilbert going to improve the Georgia Bulldogs offence?

If there is one position the Georgia Bulldogs are loaded, it’s the tight end spot. Featuring studs like Darnell Washington, that position is really strong, and one of the most formidable in the SEC. Having a great core of tight ends is very important for success in the SEC. Arik Gilbert was initially a member of the Louisiana State University (LSU) Tigers. He opted out and transferred to Georgia, making the already competitive tight end spot even more competitive. Washington became a bigger part of the offense. He played quite well against Missouri, catching three passes and drawing a long PI penalty.

Then he added another two catches against Cincinnati, with one of the catch and runs looking like he was Darth Vader at the end of Rogue One.

Following the Missouri game, Head Coach Kirby Smart spoke about his tight end strategy, with Arik Gilbert about to arrive on the Bulldogs roster. He said: “You can never have enough good tight ends in the SEC. They’re big, they’re athletic, they can catch the ball. There’s so many things they can do. It’s one of those things that we want as many as we can get and we want to get them the ball.”

Smart also insisted that they had been trying really hard to involve tight end Darnell Washington in the offence in order to frustrate the opposing defences. Speaking about Washington’s rise, Georgia offensive coordinator Todd Monken said: “Darnell has from the moment that I saw him, you can certainly see the upside of a big, athletic, tough young man. You can just see that. What his upside can be as a raw player. And, to boot, he is an awesome kid. He is an awesome kid. Always smiling. Got a great disposition about him.”

The presence of McKitty and Fitzpatrick ahead of Washington on the depth chart helped fuel his progress as well, and with Gilbert’s arrival, the Bulldogs will have an embarrassment of riches at the tight end spot.

As a result of that, Because of their presence, Georgia didn’t feel the need to ask Washington to do too much early. That’s why Washington didn’t produce the same numbers that Gilbert did, as he caught 35 passes for 368 yards and two touchdowns in just eight games.

The Georgia offensive coordinator felt more comfortable giving Washington a bigger role in Georgia’s offense as the season came to a close.

“As he’s progressed and we’ve gotten more and more comfortable at quarterback, obviously we tried to get him involved a little bit more at Missouri as the game progressed,” Washington said.

“I do think he’s got an unbelievable upside.”

Even with Arik Gilbert’s arrival, it will probably be Darnell Washington who will serve as the focal point for the Bulldogs offence. Washington might not have the ability to produce the same gaudy numbers as Gilbert, but he will probably end up being more productive than the other tight ends on the roster who have some off field issues.

What happened with Arik Gilbert?

The Arik Gilbert saga continued to get messier and messier as the star wide receiver was reported to have moved away from the Georgia Bulldogs program for personal issues, as per coach Kirby Smart. A lot of fans have speculated that he is probably struggling with some kind of addiction and it’s unlikely that he will ever suit up for the Bulldogs again.

What are the expectations from Arik Gilbert in Georgia?

Arik Gilbert had re-entered the transfer portal earlier in 2021 after decommitting from Florida. But he came back on the Georgia Bulldogs roster eventually, before going away for personal issues. Gilbert was anyway more of a luxury than a necessity for the bulldogs since the squad is loaded with great receivers and tight ends. Bulldogs will be better served by fixing their secondary. Even without Arik Gilbert, Darnell Washington and other Georgia tight ends have a lot of potential. It’s up to coach Kirby Smart to convert it into results.