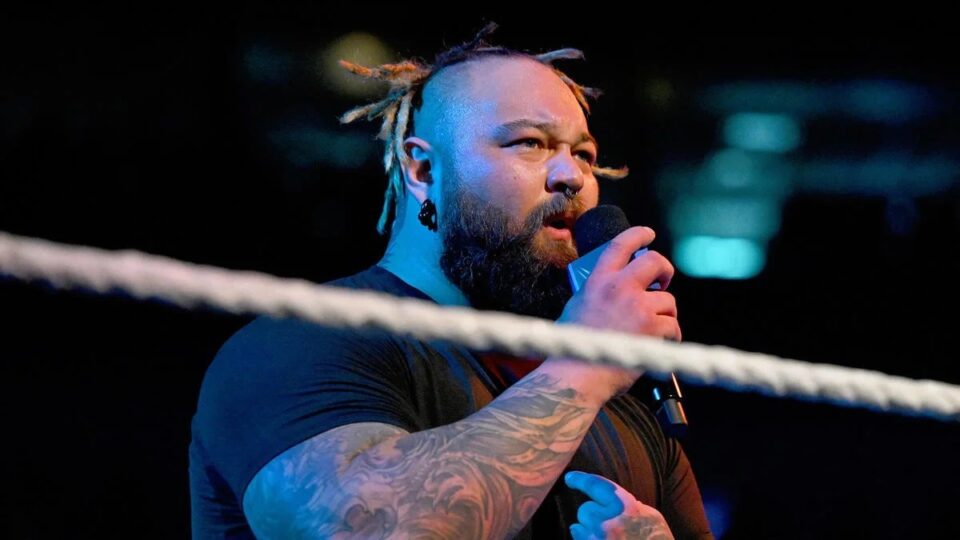 Bray Wyatt is one of the most popular modern day professional wrestling superstars. He is a great in ring worker and an incredibly charismatic performer with some fantastic characters. The Eater Of Worlds is one of the greatest heels of all time and had some of the most interesting and exciting storylines in the company. However, WWE surprisingly released him from the roster during the COVID-19 layoffs. However, The Fiend has made a triumphant return to the fold and fans can’t get enough of him. Let’s take a more detailed look at his departure and eventual return to the WWE. Let’s get started.

Bray Wyatt: Return Of The Fiend

Why was Bray Wyatt released?

Bray Wyatt was suddenly released from WWE on July 31, 2021, ending his 12-year tenure with the company after being away from television for months. Various reports about why Wyatt was fired have since surfaced, ranging from budget cuts (the reason that has been given for most WWE releases this year) to disagreements over WWE’s creative process. Sean Ross Sapp released a new report which gave some additional details on the situation.

Sapp began by writing that Wyatt, Randy Orton, and others behind the scenes were unhappy with how their months-long angle culminated at WrestleMania 37. Their match, which saw Wyatt revert to his classic Fiend look after his body was burned to death at CCM the previous year, ended with Alexa Bliss debuting her own demonic persona and distracted Wyatt long enough for Orton to hit a single RKO and pick up a quick win. Adding to the frustration over the booking, Wyatt reportedly said the burned-out version of The Fiend’s costume was too heavy and cumbersome to wrestle.

Creative differences with the WWE

Sapp then wrote that Wyatt pushing back on some creative ideas caused a rift between him and Vince McMahon.

“There were many people behind the scenes who said that Wyatt was outspoken when he thought creativity was bad, and in the end some felt that Vince McMahon just didn’t like him because of it,” Sapp wrote. He concluded by writing that the consensus within the company is that Wyatt’s departure was not for the aforementioned budget cuts, as he was one of the company’s biggest merchandise sellers.

How did Bray Wyatt react to his WWE release?

After Wyatt’s 90-day non-compete clause expired and he changed his name online to his real first name, Windham. The former WWE Champion mostly kept quiet on social media beyond the occasional teasing, constantly indicating that he will still be in the wrestling business in the future.

How did Bray Wyatt return to the WWE?

Now that Triple H is in charge, several notable changes have been made on WWE TV shows in recent weeks. Several returns of Superstars are also worth noting, such as those of Dakota Kai or Dexter Lumis. With the end of the “McMahon Regime”, another talent may well be making a return to WWE and it’s none other than Bray Wyatt.

According to reports, several people within WWE believe that Wyatt could make a return to the company. To explain this possibility, we must already dwell on the reasons that led WWE and Bray Wyatt to separate. This main reason is called Vince McMahon.

According to the site, Vince just didn’t like Wyatt and the two had been at odds for a long time. When he was still working in WWE, Wyatt was known for his outspokenness and that was reason enough for Vince to have a grudge against the former WWE Champion.

A top WWE figure told Fightful that Wyatt isn’t afraid to say “a thing is sh*t when it is.” Vince perceived this as an additional difficulty to work with. This different perception of the business has led to frustration on the one hand and contempt on the other.

The conflict escalated with McMahon’s attacks on Wyatt’s physique, which he did not like at all. The “McMahon camp” believed that Wyatt’s behind-the-scenes behavior was bad and rumors began to spread, even in the media and on social networks. The talents and employees close to Wyatt knew that was not the case. Even when Bray Wyatt was no longer working in WWE, Vince McMahon had reservations at the mere mention of his name.

These rumors allowed Vince McMahon to take the opportunity to permanently execute the dismissal of Bray Wyatt and try to justify it internally. Publicly, a “budget cut” was mentioned but that was also an excuse to justify this decision. Many are those behind the scenes who did not appreciate the use of this excuse repeated with each dismissal in recent months, feeling belittled by it.

What was the controversy in the Bray Wyatt vs Randy Orton match?

The culmination of this conflict mostly comes from the storyline between Randy Orton and Bray Wyatt which was supposed to conclude at WrestleMania 37. A person who worked for this match and this storyline told the site that “nobody, at any time, had any idea what was to happen. The end of the match was changed the day before. Randy Orton was supposed to lose and take several months off afterward.” However, it was Bray Wyatt who ended up leaving WWE following this encounter. Another source also claims that there was no long-term plan for this storyline, which ended up frustrating everyone involved.

How is Triple H different from Vince McMahon?

Internally, Triple H is known for his professionalism and his ability to make decisions based on what would or would not be good for the business and not his own personal point of view. A talent outside of WWE told reporters that the departure of Vince McMahon and the arrival of Triple H in power helps to restore optimism that was lost. A person who has worked extensively with Wyatt says, “I can’t speak for him, but I know his name has come up. I don’t know how one could not feel optimistic about coming back now if we were him.

People close to Wyatt have “started to keep a low profile” when it comes to him. Previously, they weren’t afraid to publicly come to his defense when false reports or rumors circulated.

What did Bray Wyatt do in his return?

Bray Wyatt made his return to WWE SmackDown and had some words for everyone.

Fans were somewhat disappointed on Monday Night RAW on Monday Night when only a replay of Bray Wyatt’s return the previous Saturday aired. Fans had to wait until Friday night at Friday Night SmackDown to see the wrestler again.

Bray Wyatt talked about the year spent away from the rings, a year where he lost a lot of things including his career but also close people, his self-confidence and his path. He said that he had the feeling that what he was doing no longer had any interest, that nobody was interested. Then he realized he was wrong.

Coming back to himself, he met people who restored his confidence, who explained to him that his words had helped them, understanding that the fans had always been there, that they were waiting for his return.

What happened during Bray Wyatt’s return?

Wyatt was suddenly interrupted by a character wearing the mask he himself wore when he returned. A character who told him that his life was over and that he must join him now. Death in person?

The episode ended on this cliffhanger. But the foundations of the new Bray Wyatt are laid and they suggest a very dark story in which when he shows sincerity, Wyatt sees himself again pursued, overtaken by his creation, his demons, or perhaps worse.

The 30 Most Heated Rivalries in Sports