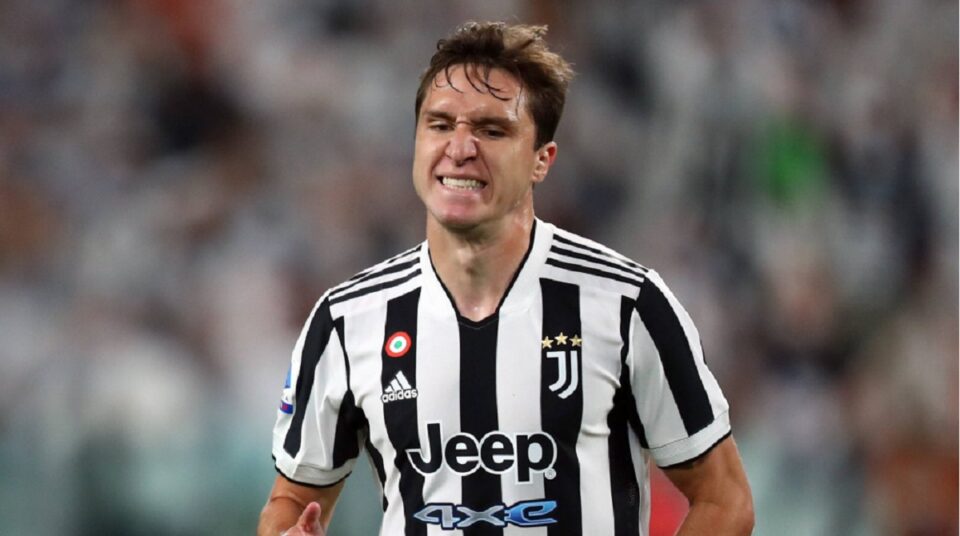 Federico Chiesa is undoubtedly one of the best players that Italy has presented to the European Championships. His debut with the Italy shirt dates back to March 2018, after a career for Italy Under 19, 20, and 21. In this article, we are retracing the sporting career and private life of Federico Chiesa.

During the webinar  “Train, Train, Look Elsewhere”, the Juventus player Chiesa admitted that when he was still a little boy, probably surmounted by the bulky shadow of his soccer father, he even thought of giving us a cut with the ball.

“I had a somewhat uphill career in the youth teams”, confessed Chiesa. “When I was 13 I had a bad time, because I saw my teammates grow bigger, play more technically, improve and play every Sunday, while I was struggling to keep up with the pace and had to go back a year to be able to play for a few minutes “.

2. Speaking about size, here is another footballer sharing the name Chiesa:

Angel Domingo Chiesa was an Italian footballer born in 1902 and nicknamed Quileta. It was a nickname given to very tall boys. Despite this, he was a very shy person and he confessed that he did not like playing in front of a large audience, being ashamed of it. At the time, football did not allow you to live in comfort. Our hero then worked as a butcher. Starting from the fields of Chacabuco, a city in the metropolitan area of ​​Buenos Aires, he was noticed by the Huracán, a team in which he won three Copas Campeonatos in a row as a protagonist. He went on to score over 100 goals with the Parque Patricios team. His role was that of left winger and stood out for speed and long levers.

Even though Federico Chiesa born in 1997 was not shy like his namesake. Fortunately, things changed after that difficult time. The Juventus player reveals the details: “With a little determination and the help of my parents and a coach who made me grow as a person, I began to consider daily training as my match, my personal challenge, and I managed to overcome it”.

But there was no shortage of complicated moments in a career that was still short, at least as far as professional football is concerned.

The young talent completed a course at the International School of Florence and then enrolled at the University, at the Faculty of Motor Sciences. Chiesa speaks fluent English, as we heard during the Euro 2020 interviews.

Of course, he speaks English perfectly, having attended an international school in Florence since the fifth grade. A choice of the father, to open the world to him.

Federico Chiesa initially established himself in Fiorentina , and then, in October 2020, signed a contract that placed him in Juventus. As a jewel of the center forward of Juventus , he was only temporarily loaned by the team from the purple jersey.

Federico is also one of the most prominent elements on whom Juventus counts. His first season in Juventus speaks for itself, there have been not a few games in which Andrea Pirlo’s team literally clung to the plays of Enrico’s son to deal with complicated situations back in 2019.

Federico Chiesa is on the crest of the wave after the European Championship in which he triumphed with the Italian national team and the splendid match against Chelsea. His deeds have led many to define him as already stronger than his father: Enrico Chiesa.

Having graduated as European champion in 2021, the forward and midfielder Federico Chiesa was born in Genoa on 25 October 1997, under the sign of Scorpio. Considered a prodigal son of art for the activities carried out in the past by his father Enrico Chiesa, current coach and former player, considered today as one of the greatest pillars in the field of the 90s, Federico will however take his first steps in the world of football in a completely spontaneous way. Demonstrating an almost innate talent from the start.

Having moved to Florence, where he will spend his youth studying at the  International School of Florence, Chiesa will several times mention the great complicity and attention shown by his father figure (Enrico Chiesa) in the years of his debut.

Federico Chiesa who was born in Genoa on 25 October 1997, has a younger brother Lorenzo, born in 2004, who played in the Fiorentina youth academy.

The footballer is romantically linked to his girlfriend Benedetta Quagli. The girl came out publicly only a year ago. Benedetta is twenty-eight years old. She is an influencer, and she loves to share with her followers her passion for life, travel, and obviously her affinity with Federico. In 2022, she currently has over 260k followers on Instagram. According to some sources, Federico Chiesa is engaged to Benedetta Quagli, born in Florence in 1993.

Riqui Puig: The Young Star Who Made The Unlikely Jump From La Liga to MLS