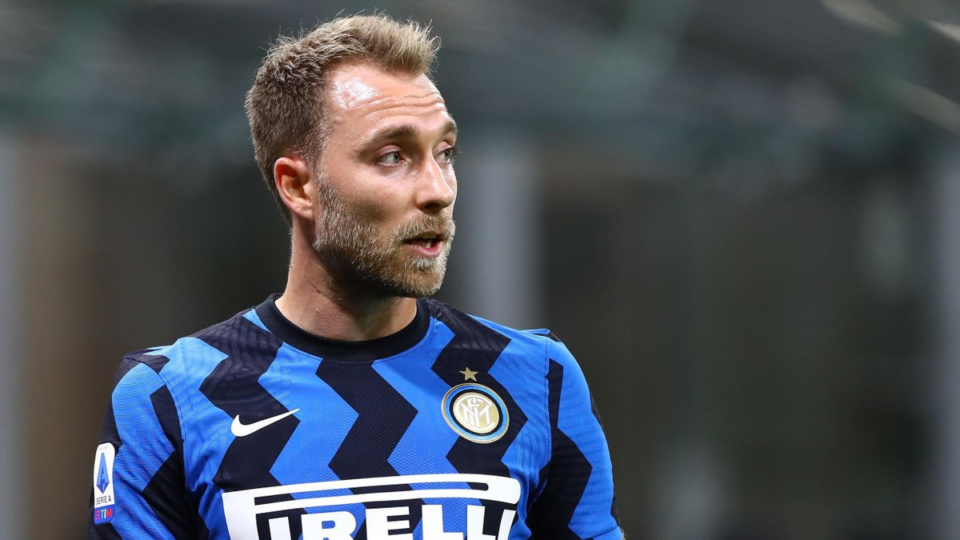 Christian Eriksen is a popular Danish football player who is known for his mastery of the midfield. He is not only a great playmaker and passer, but he is also a prolific goalscorer for his position. He recently became a global talking point when he collapsed on the field because of a cardiac arrest during Denmark’s opening game of Euro 2020 (held in 2021). Because of the consequences resulting from the bizarre incident, Christian Eriksen and Inter Milan (the club with which Eriksen played) terminated their contract. Previously, Christian Eriksen played for Odense Boldklub, where he was honored as the U-17 talent in Denmark in 2008. He then joined Ajax Amsterdam in October 2008, where he made his international breakthrough. In 2013, he continued his career at Tottenham Hotspur FC, where he, among other things, helped to reach the UEFA Champions League final in 2019, where he started inside. In the following winter transfer window, Eriksen switched to Italian giants Inter Milan. Let’s find out more about him.

Christian Eriksen: All You Need To Know

Christian Eriksen started playing football at the age of 3 in the childhood club Middelfart Gymnastik & Boldklub. From here he switched to Odense Boldklub in 2005. Here he participated with the club’s boys players Danish Championship for boys in 2005. At this tournament, OB with Eriksen came on the team to the semifinals, where it was a defeat to Brondby IF. However, Eriksen was named the best player at the Danish Championships. The following year, Eriksen and OB won the Danish Championship in 2006 for 1st year boys. Here he scored in the final, the only goal of the match in the victory over KB.

In October 2008, OB agreed with Ajax to sell Christian Eriksen. Here he got a contract that lasted until the summer of 2010. In December 2008, he was honored with the award “Arla’s National Team Talent” for the U17 national team, where he had just played his 25th youth international against Portugal, in which he became a double goal scorer. In the motivation for the award, it was stated, among other things: “Christian is a classic” 10s “who can put other players on stage, he runs deep, finishes well with both legs – even from a distance – and is also dangerous. One of Christian’s most important qualities is that he has a humble approach to things and works rock hard.”

When did Christian Eriksen make his national team debut?

Christian Eriksen made his debut for the Danish National A team in March 2010, and he was the youngest player in the World Cup in 2010 in South Africa. He has since been a regular on the national team and was, among other things, central in Denmark’s qualification for the World Cup 2018 with eight goals in the qualifying tournament and three goals in the decisive playoff match against Ireland.

Christian Eriksen earned his 100th cap for the Danish National Team on 14 October 2020. In the process, he became the youngest ever player to earn 100 international caps for Denmark. He did this during a 1-0 victory over England at Wembley, the goal scored by himself on a penalty kick.

How was Christian Eriksen selected for the Danish national team?

Christian Eriksen has played a number of matches on the Danish youth national teams, and as a mere 18-year-old he got his first selection for a match on the A national team in a training match against Austria in March 2010. Morten Olsen stated in connection with the selection: “We have for several years been aware of Christian’s enormous potential. And we have with great pleasure followed how he has in a short time shown a very high level in his club matches for Ajax even against really good opponents “He is the man of the future on the Danish national team, which we now have the chance to greet as early as next week.”

Christian Eriksen’s response to the statement was as follows:

“It’s the coolest feeling in the world ever. A lot has happened in the last month and a half, but it’s undoubtedly the wildest thing I’ve ever experienced. It’s really getting behind me. He (Morten Olsen) called me today a couple of hours ago. I’m just looking forward to playing with all the Danish stars that you usually look at inside the Park. I’m going to train with them all of a sudden. It’s really cool.”

He was subsequently selected for the World Cup finals in South Africa, where he was the tournament’s youngest player. Christian Eriksen scored his first goal for Denmark’s national football team on 4 June 2011 in a European Championship qualifier against Iceland.

Eriksen was also part of the Danish U-21 national team for the European Championships at home in 2011. He scored a single goal on a penalty kick against Belarus.

Eriksen scored his second international goal in a friendly match against Scotland. He subsequently helped to ensure Denmark’s direct qualification for the European Championship finals in 2012, including victories over Norway and Portugal in the autumn of 2011.

Christian Eriksen scored a hat trick on 14 November 2017 in the second of two play-off matches against Ireland in Dublin, in his international match no. 75. Denmark won over the two legs with a score of 5-1 and thus qualified for the World Cup in Russia 2018.

What are some of the awards won by Christian Eriksen?

How did Christian Eriksen suffer a cardiac arrest?

On June 12, 2021, while playing in Denmark’s opening match of the European Championship in football 2020 (held in 2021) in the Park in Copenhagen, Eriksen had a cardiac arrest and collapsed in the 43rd minute, when he was without other players in the immediate vicinity, and setting up to receive a throw-in in a match against Finland. The paramedics immediately arrived and performed cardiopulmonary resuscitation on the field before Eriksen was taken off the field on a stretcher and the match was suspended.

Following successful medical treatment, it was reported from UEFA’s official Twitter account that Eriksen had been transferred to Rigshospitalet Hospital and stabilized. After various examinations, he had a defibrillator implanted and was then discharged from Rigshospitalet Hospital. This meant that he was not allowed to play in the Italian Serie A as there are rules against implanted defibrillators. As a result of that, Inter Milan and Christian Eriksen agreed to mutually part ways and terminate the contract. This information was released by the club on December 17th, 2021. Ever since his release from Inter Milan, rumour mills are abuzz with talks about Christian Eriksen’s return to the English Premier League.

The God Of Football: Interesting Stories About Diego Maradona