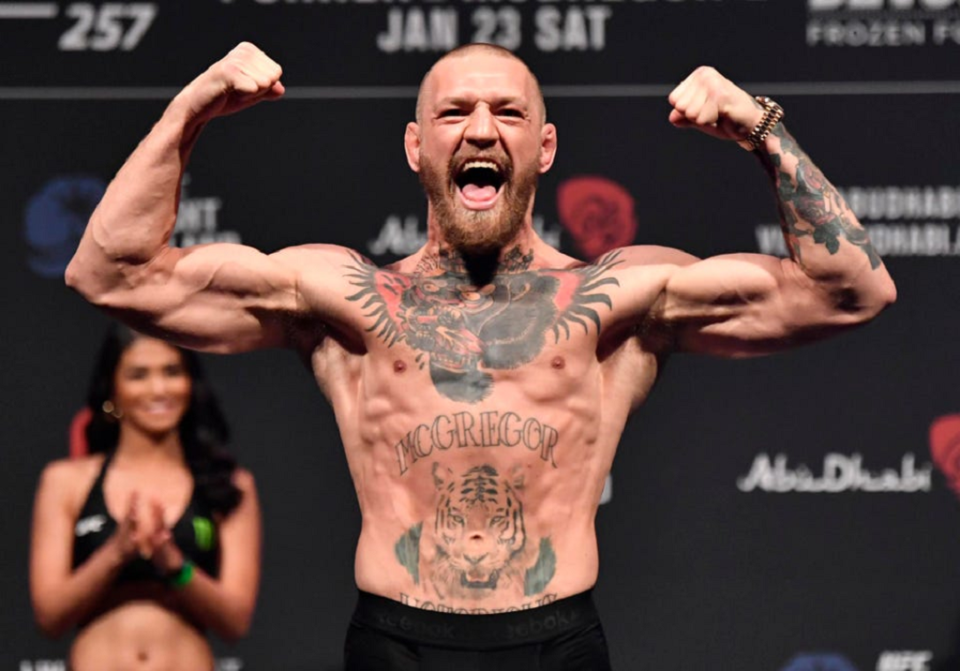 Conor McGregor is a famous Irish Mixed Martial Artist who is probably the most popular and financially successful Mixed Martial Artist of all time. He is also famous for crossing over from the MMA octagon into the boxing ring. He even fought against boxing legend Floyd Mayweather. He recently pocketed a lot of money through the sale of his whiskey brand Proper No. Twelve. Let’s take a look at his net worth and some career highlights.

Conor McGregor: How Much is He Worth?

What is Conor Mcgregor’s net worth?

As of 2021, Conor McGregor’s net worth is estimated to be around $200 million. On July 11, 2015, Conor McGregor earned $5 million when he defeated Chad Mendes at UFC 189. On December 11, 2015, Conor earned $12 million by defeating Jose Aldo in 13 seconds. During his bout against Nate Diaz in UFC 196, he made around $15 million. During his next fight against NAte Diaz in UFC 202, Conor McGregor made $25 million. He made about $7 million fighting Eddie Alvarez in November 2016. He made an estimated $50 million fighting Khabib Nurmagomedov in October 2018.

On January 18, 2020, Conor defeated Donald “Cowboy” Cerrone in his long-awaited return to the UFC. Conor received a guaranteed $ 5 million for the fight, a record for the UFC up to that point. He has hinted in interviews that if Pay Per View sales go well, his earnings from the Cerrone fight could possibly exceed $ 80 million. Cerrone was guaranteed $ 2 million to appear.

Earlier in 2021, Conor McGregor surprisingly lost to Dustin Poirier. While he did get $5 million for the fight, the loss robbed him of a chance of fighting against Khabib Nurmagomedov in the future and getting a huge payday.

I am cocky in prediction. I am confident in preparation, but I am always humble in victory or defeat.

I fear no man. If you breathe oxygen, I do not fear you.

I own this town, I own Rio de Janeiro, so for him to say that he is the king and I am the joker, if this was a different time, I would invade his favela on horseback, and would kill anyone who wasn’t fit to work. But we’re in a new time, so I’ll whoop his ass instead.

There are two things I really like to do and that’s whoop ass and look good. I’m doing one of them right now and on Saturday night, I’m doing the other.

I feel [the fans] are going to see something they haven’t seen before. I’m going to toy with this man. I will rearrange his facial structure. His wife and kids won’t recognize him again. His friends will know he’s not the same after this contest. […] You’re never, ever going to be the same. Your kids are going to beg ‘daddy, please don’t go again!

Is Conor McGregor planning to retire?

On March 25, 2019, Conor sent a cryptic tweet stating that he was retiring from MMA struggling to focus exclusively on his new business ventures, such as his Proper 12 whiskey brand. If he’s really done fighting, he will retire with around $ 235 million in total career earnings.

Olivia Moultrie: The Next Biggest Thing in Women’s Soccer