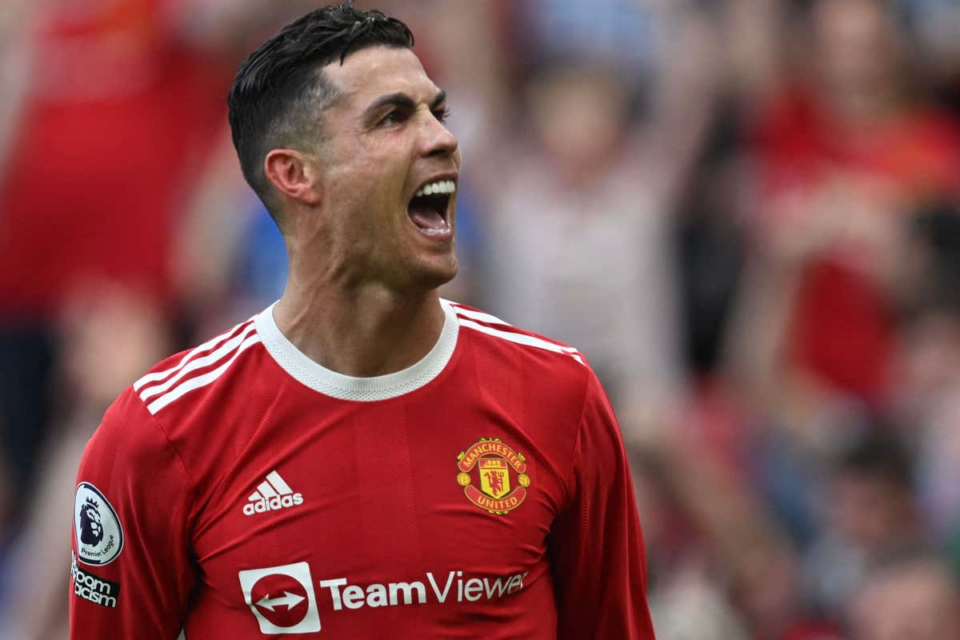 Historic Portuguese striker Cristiano Ronaldo has had multiple nicknames, such as CR7, Mr. Champions, El Comandante, or El Bicho, and it is precisely this last nickname called El Bicho that we will discuss in this article.

El Bicho: The Real Reason Why Cristiano Ronaldo Has This Nickname

CR7 has an enviable track record, one of the largest and most varied in the history of football, and among its many achievements and championships are: five editions of the Champions League, league titles, Cup and Super Cup in Spain and England, and a European Championship with Portugal, to mention a few. In addition, in individual terms, he has five Ballon d’Or editions, one FIFA World Player of the Year, and two Best FIFA awards.

El Bicho is a “Bug’ in Spanish which can frighten and devour opposition defenders. This was the name given to Cristiano Ronaldo, undoubtedly one of the legends of the game. Although he is often called the ‘GOAT’ (greatest of all time) by his fans, he also has several other nicknames. He has played in four different countries and in Spain, where he spent the best years of his career with Real Madrid, he is affectionately known as ‘El Bicho’.

Cristiano Ronaldo was not called El Bicho at home:

On February 5, 1985, striker Cristiano Ronaldo was born in Funchal, Portugal, a living legend of world football who from day 1 as a professional player showed signs of his quality and commitment to this sport.

The Portuguese earned the nickname while in Spain playing for Real Madrid.

Cristiano Ronaldo was called El Bicho by a reporter:

It all started with Manolo Lama, a Spanish sports announcer who works for the COPE network back in Spain.

In Spain Ronaldo spent almost 10 years and scored 451 times in 438 competitive appearances, averaging more than one goal per game. He was at his best and won four UEFA Champions League titles and Ballon d’Or each. He has set several records and is the club’s all-time top scorer and also happens to be the only player in Real Madrid history to score more than 60 goals in a single season.

Ronaldo was all the rage among Spanish commentators and his goals would follow an elaborate and euphoric commentary. During one such game, Spanish sports broadcaster Manolo Lama coined the term ‘El Bicho’ during a radio commentary early in his La Liga spell.

In his narrations, it became common to hear how he referred to the Portuguese striker as El Bicho and the reason is that Lama called him Bicho because of his physical presence, his leadership, his strength, his perseverance within the field of the green rectangle … and the nickname stuck.

It is not due to an insect or anything like that, but to Cristiano Ronaldo’s ability to make himself felt against rivals and that nickname was earned during his stay in Spanish football with Real Madrid.

Fan of CR7, the truth is that Manolo Lama is very clear about the difference between him and the Argentine. He said this some time ago: “The best player I’ve ever seen is Messi, Maradona was prettier to watch, Zidane more elegant, Cruyff more practical. But Leo, what he has been doing twelve seasons in a row, Sunday after Sunday, and of genius. Cristiano is the best scorer in history, an unprecedented matador with a lot of merits to fight with Leo, but he is light years away from the Argentine”.

By the way, in an interview with his sponsor brand before the 2018 World Cup in Russia, El Bicho was asked which of the nicknames was his favorite and in this case, he preferred Comandante over CR7 and El Bicho. “I like the word, it means leadership or power. If people give me that name, I’ll be glad. I like to lead by example. I like being the team leader. At your orders Commander!”

Ronaldo’s incredible dribbling skills and ability to finish from difficult angles and positions have made him one of the most feared footballers on the planet. His quick leaps into the penalty area or the wings are a Ronaldo signature that was a nightmare for defenders. Although his game has changed, he showed no signs of slowing down and was Manchester United’s top scorer with 24 goals to his name in all competitions in 2021-22.

What other nicknames does Cristiano Ronaldo have?

Ronaldo has quite a few other nicknames except ‘El Bicho’. He has been widely known as ‘CR7’ since his breakthrough at Manchester United and the footballer has gone on to create an entire global brand around the moniker. It has a wide range of accessories, clothing, and a hotel chain called CR7. Nike even offers its own line of CR7 products, including football boots, balls, and training equipment.

In 2013 a museum was opened in his hometown of Funchal in Madeira and it is called CR7 Museum. Not many people know that the galaxy known as Cosmos Redshift 7 or Galaxy CR7 was inspired by Ronaldo.

Ronaldo is also known as Mr. Champions League due to his incredible record in European competition. He has 140 goals to his name and has won the tournament five times.

However, among his family and close friends, he is referred to by the name “Ronnie” or “Cris”.