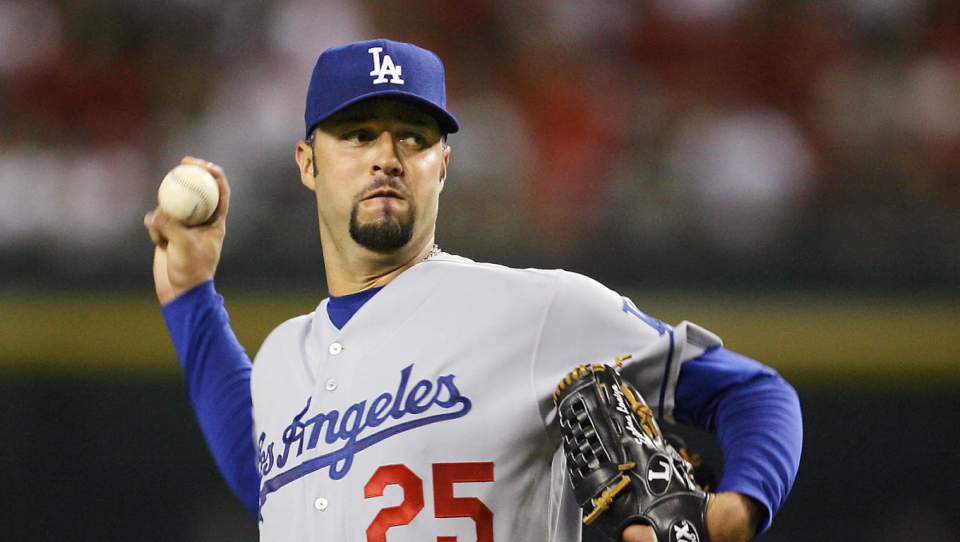 Esteban Loaiza is a former professional baseball pitcher from Mexico. He had a successful Major League Baseball (MLB) career and played for numerous teams such as the Pittsburgh Pirates, Texas Rangers, Toronto Blue Jays, Chicago White Sox, New York Yankees, Washington Nationals, Oakland Athletics, and Los Angeles Dodgers. His best year was in 2003 when he was selected as the starting pitcher for the American League team during the 2003 All Star Game. He also led the entire American League in strikeouts that year. After a long and successful career, he married the popular Tejano singer Jenni Rivera, but things started to fall apart in Esteban Loaiza’s life after that as he was involved in a lot of legal issues. He also blew over $44 million because of his out of control lifestyle. He was caught for drunk driving and even worse, he was caught with 20 kgs of Cocaine in 2018. He was charged with numerous cases, including possession, purchase and smuggling of drugs. Let’s find out more about Esteban Loaiza and his incredible fall from grace.

Esteban Loaiza: All You Need To Know

When Was Esteban Loaiza born?

Esteban Loaiza was born on December 31st, 1971 in the Mexican town of Tijuana. However, he went to school in Imperial Beach, California and graduated from Mar Vista High School.

How did Esteban Loaiza start his pro baseball career?

Esteban Loaiza was signed by the Pittsburgh Pirates as an undrafted free agent in 1991. He was assigned to the Rookie League team, the Gulf Coast Pirates. He started five games for the team and finished with an ERA (Earned Run Average) of 2.26. He moved up the ranks with the Pirates and played for two class A stops at Salem and Augusta, as well as a class AA stop at Carolina. In 1993, he played in the Mexican Summer lEague for the Mexico City Red Devils. He has also played in the Liga Mexicana Del Pacifico with the Mexicali Aguilas.

Who is Esteban Loaiza’s wife?

Esteban Loaiza didn’t exactly lead a very loyal and devoted life to his wives and girlfriends. He had numerous relationships and multiple failed marriages. He was a pro athlete who led a playboy’s life.

Esteban Loaiza’s first marriage was with a woman named Christina Teadora Varrasco in 1998. It was a tumultuous marriage that ended in 1998.

It was later revealed that Loaiza was having an affair with a teenager Ashley Esposito while he was getting married to Christina Varrasso. Esposito worked as a babysitter in Loaiza’s teammate’s house.

The affair eventually resulted in a son, Salvia Loaiza. However, even that wasn’t significant enough for Esteban Loaiza to stop his infidelity. He continued cheating and having numerous affairs and eventually split with Esposito. However, he continued to help raise their son.

Esteban Loaiza eventually married tejano sensation Jenni Rivera in 2010. She was an absolute superstar of her field. Aside from being a supremely talented singer-songwriter, Jenni Rivera was also an actress, activist, and philanthropist.

The couple got married after dating for three years. This was Esteban Loaiza’s second marriage and Jenni Rivera’s third.

How did Esteban Loaiza and Jennir Rivera meet?

The couple met in Mazatlán, Sinaloa, when he was playing for the Tomateros de Culiacan. In 2010 they were already engaged and they were married in September of that year in an immense ceremony. Their honeymoon was in Bora Bora.

How was the wedding ceremony?

Their wedding had 800 guests. This ceremony became the wedding of the year, as it was advertised on various television channels and magazine pages. They have no children together and the marriage was about to end in 2012 because of Loaiza’s relentless infidelity.

Why did Jenni Rivera and Estebal Loaiza split?

But after two years of a tumultuous marriage, they parted ways in 2012 amid scandals. News reports claimed that Loaiza had been unfaithful to Jenni with her eldest daughter, Chiquis .

There were even rumours of Esteban Loaiza having an affair with Jenni Rivera’s daughter from a previous marriage, Janney Marin Rivera. So, after all, Jenni said that her marriage had been a mistake, yet on Loaiza’s side there was still love on her part.

Jenni wanted to auction the engagement ring, but Loaiza did not agree. And so the fight continued.

The singer discovered that her daughter Chiquis Rivera and her husband Esteban Loaiza locked themselves in a closet at home for more than half an hour when she was gone and that Chiquis repeatedly entered her stepfather’s room. Jenni could not tolerate the baseball player cheating on her with her own daughter and immediately filed for divorce from Loaiza.

Jenni Rivera filed for divorce in October 2012 but died two months later after her plane crashed in the mountains of Mexico.

Did Esteban Loaiza appear on I Love Jenni?

I Love Jenni was a Mexican-American reality series that aired on March 5, 2011.

The show would reflect the personal and professional life of Jenni Rivera, Esteban Loaiza’s second wife, who was a great Mexican-American singer. Esteban has appeared on this show with his stepchildren.

What is going on with Esteban Loaiza’s case?

Although many know him as Jenni Rivera’s ex-husband, the one he cut because apparently, he was unfaithful with the singer’s own daughter, but he is a famous former Mexican pitcher who was selected twice to the All-Star Game and winner of 21 games in a season with the Chicago White Sox, Esteban Loaiza will plead guilty Friday in a federal cocaine distribution case, according to multiple reports.

When was Esteban Loaiza arrested?

Former Major League Baseball player Esteban Loaiza was arrested in February while leaving his home in Imperial Beach, San Diego, where he had lived for a few days according to county police.

Esteban Antonio Loaiza was seen driving a vehicle believed to be involved in drug trafficking.

According to a statement from the San Diego Sheriff, during the search of the vehicle, the agents found hidden compartments, for which they requested a search warrant for his home.

When searching Esteban Loaiza’s house, the agents found 20 kilos of cocaine, with an estimated value of half a million dollars.

John Boggs, Loaiza’s representative, stated that he had no information about the arrest of his client, but that he was surprised and did not know why he would have gotten involved in such a situation.

Is Esteban Loaiza going to plead guilty to cocaine possession?

Loaiza and his defense would have realized that they will not be able to win the case, and, therefore, at the hearing that will take place on August 10, this change of statement is expected.

Esteban Loaiza’s lawyer informed the court that his client wanted to plead guilty and requested the court to grant a plea hearing instead of a trial.

The reason behind that was the fact that if Esteban Loaiza received a direct conviction after his confession, he must serve a minimum of 10 years in prison and could also receive a life sentence.