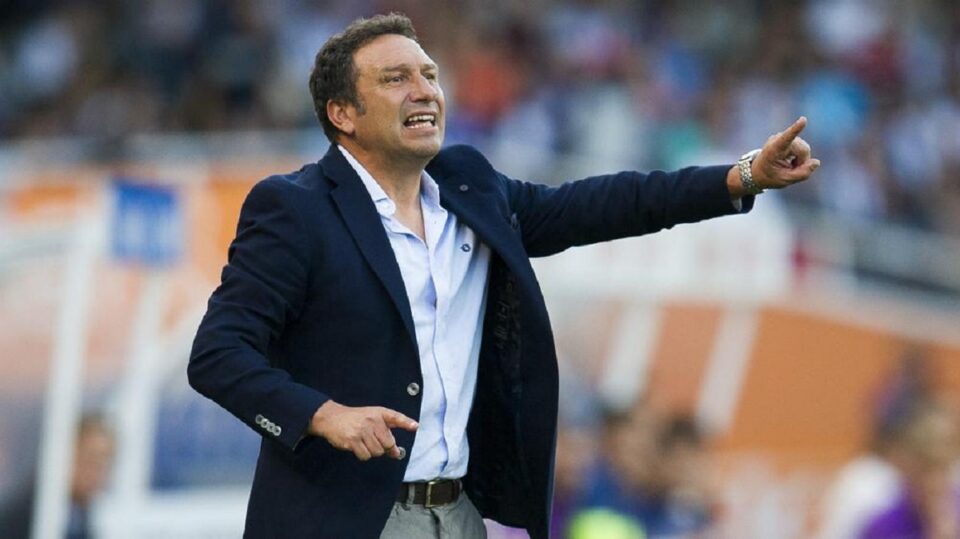 Eusebio Sacristan Mena is a popular former Spanish football player and currently, a coach. Not to be confused with Portuguese football legend Eusebio da Silva Ferreira, the Spanish Eusebio had a long and illustrious career during the 80s and 90. As a coach, Eusebio has trained Celta de Vigo, the Barcelona subsidiary, Real Sociedad and Girona, from which he left in 2019, without having occupied a bench since then. In 2012, he created the Eusebio Sacristan Foundation to promote sports practice among people at risk of social exclusion. He recently suffered a severe head injury and was in a medically induced coma for some time. Luckily, he bounced back from that ordeal and is on his way to recovery. Let’s find out more.

Who is Eusebio Sacristan?

Eusebio Sacristan was born in La Seca, Valladolid, on April 13, 1964. He was trained in the Real Valladolid youth academy to debut in the first team at the age of 19 and, after four seasons, signed for Atletico de Madrid, where he spent one season, to spend the next seven at Barcelona by Johan Cruyff. After arriving at Celta de Vigo in the 1995/96 season and playing there for two years, he returned to Real Valladolid, where he said goodbye in 2002, with 543 games accumulated. A number that made him the third player to have played the most official matches in the history of the League, just behind Zubizarreta and Raul Gonzalez.

He arrived at Real Valladolid when he was young and quickly stood out in the lower categories thanks to his exquisite technique, which allowed him to overcome an inferior physique. After years of training, he made his debut in the First Division in the 1983/1984 season, (although in the previous year he had already played a couple of Cup matches). His arrival in the first team coincided precisely with the achievement by the Pucelanos of the only title they have won in their history: the League Cup. He quickly became an essential part of the club and endeared himself to the fans with impeccable performances in the midfield. His meteoric projection reached its maximum expression in the 1986/1987 season, in which he played 41 league games and scored 7 goals.

In 1987 Atletico de Madrid claimed his services, although Eusebio was only part of the Madrid based club for one season.

2. Eusebio Sacristan enjoyed a lot of success with FC Barcelona

After his time with Atletico, Eusebio Sacristan went on to play with FC Barcelona. That would mark the start of a highly successful era. With the Catalan club, Eusebio won 4 league titles, 1 Copa del Rey, 3 Spanish Super Cups, 1 Cup Winners’ Cup, 1 European Super Cup and, above all, the most outstanding title, the Wembley European Cup against Sampdoria in 1992. That team led by Johan Cryuff, was called the Dream Team, who amazed everyone with their football. Whose baton was led by that young man who over the years became the most successful football player from Valladolid.

In the 1995/96 season, Eusebio Sacristan signed for Celta de Vigo. The midfielder remained in the club for two seasons, after which he signed once again with his hometown team, Real Valladolid.

In the five seasons in which he wore the white and purple colors at Valladolid’s Estadio Jose Zorrilla, he dazzled the fans again. His tears are still remembered the day he announced that he was retiring from the sport, and of course, the thunderous ovation that the Real Valladolid fans gave him when he dressed in shorts for the last time.

4. Eusebio Sacristan was an iron man of Spanish football

5. Eusebio Sacristan played for the Spanish National team as well

6. Eusebio Sacristan is a hero in Valladolid

Due to his long and successful professional career, in 2002 the Valladolid City Council awarded him the title of Neighbor of Honor of the City of Valladolid, titles that until then had only been held by Miguel de Cervantes and Teresa de Jesus.

7. Eusebio Sacristan was put in an induced coma

Former Barcelona player and soccer coach Eusebio Sacristan was put in an induced coma after undergoing emergency surgery because of a serious neck injury. The doctors at the Clinical Hospital of Valladolid opted for this decision after detecting a clot in his head due to a fall the night before that caused severe head trauma.

After several hours in the operating room, the former footballer remained under observation “for at least 72 hours.” The TAC to which he was subjected, once he was admitted to the hospital, determined the appearance of a clot in his head, as a result of the blow received, for which the doctors decided to perform an emergency operation to eliminate it.

Eusebio suffered “a bad fall” in a hotel establishment on Wednesday night, and had to be transferred to the “conscious” hospital. “He has suffered a severe head injury caused by an accidental fall, and his evolution is pending,” the Eusebio Sacristan Foundation reported after the intervention through a statement sent to the media. “Any news regarding his condition will be communicated through this Foundation at the request of his family,” announced the note, where his relatives launched a “sincere thanks to all the people, media and colleagues in the world of sports” who have been interested in the state of health of the former footballer.

Barcelona, ​​​​Celta Vigo, Real Valladolid and Real Sociedad sent good wishes from their social networks to their former footballer and coach. He was removed from the coma and has been on a road to recovery since then.

8. Eusebio Sacristan was known for his defensive prowess

Both in his time as a player and as a coach, Eusebio was always characterized by defending an eye-catching football, with a taste for the ball, first with his feet, as a talented midfielder, and later with the board, standing out mainly at Real Sociedad. Playing under Johan Cryuff, Eusebio Sacristan managed to stand out as a very important piece of the 1992 FC Barcelona Dream Team that dominated European football that year and featured legends like Romario, Pep Guardiola and Ronald Koeman. They employed the Dutch strategy of “Total Football” and broke the long trophy drought plaguing the Catalan club for years.

Christian Eriksen: Life And Career (So Far) Of The Danish Football Player