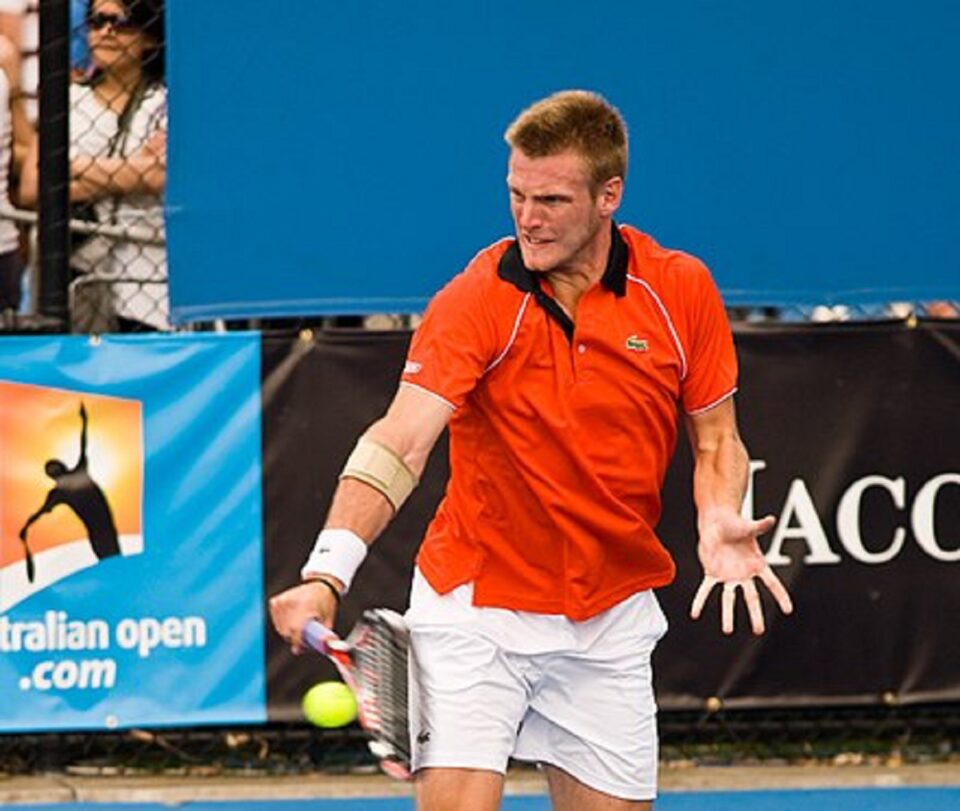 The Fastest Tennis Serve: Male vs Female Record (And Other Records)

Tennis players are known for sometimes screaming really loudly when they hit a serve. Not surprising at all, because sometimes they hit those balls through the air for hundreds of kilometers. So who hit the fastest tennis serve ever measured? Who hit the most aces in a match? Which player holds the record for the hardest serve ever? We explore all these records and other service records as well!

Who hit the fastest tennis serve ever?

In 2012, at Busan, South Korea, Groth beat the then-record for hardest serve ever recorded. The record then stood at 251 km/h, held by Ivo Karlovic. Groth beat him by hitting a serve of -hold on- 263 kilometers per hour! Formula 1 drivers hit around 300 in a race car, so this is really cool.

Groth beat its predecessor not only with the 263 km/h serve but also with 253.5 and 255.7 km/h serves. Unfortunately, despite this bizarre performance, he still did not win the match, he lost to his Belarusian opponent Uladzimir Ignatik.

What is a serve?

The serve is the stroke that begins each point in tennis. A good serve is something that every tennis player really likes. After all, hitting a serve that your opponent doesn’t manage to return is the fastest way to make a point in tennis. In tennis history there have been quite a few players for whom the serve was or is an absolute weapon.

Serve records during challenger tournaments are not recognized by ATP:

Who hit the fastest tennis serve ever in women’s tennis?

The fastest tennis serve in the history of women’s tennis goes to the German Sabine Lisicki, a former number 12 in the world. In 2013, partly due to her good serve, she reached the final at Wimbledon, where she lost to Marion Bartoli from France. At the end of July 2014, during the WTA tournament in Stanford (United States), Lisicki hit a serve of 210.8 kilometers per hour, the hardest serve ever in women’s tennis. Remarkably enough, Lisicki, like Sam Groth, also failed to win the match, despite hitting the hardest serve ever. Serbian Ana Ivanovic was the strongest with 7-6, 6-1.

In the 90s, Dutch Brenda Schultz-McCarthy held the record for the fastest tennis serve for years in a row. Between 1990 and 1997, the native from Haarlem, Nederlands hit the fastest tennis serve in the WTA circuit every year. In 2006, Schultz-McCarthy made her comeback to professional tennis, having retired from 1999 to 2005. In the first round of the qualifying tournament in Cincinnati (United States) she hit a serve of 209.2 kilometers per hour, at that time the fastest serve ever in women’s tennis. Because the Dutch hit this serve in a qualifying tournament, and not in a main tournament, it does not count for the ranking of the WTA. In 2007, during the Indian Wells (United States) main draw, Schultz-McCarthy hit a serve of 202.7 kilometers per hour. In 2017, she is still in seventh place in the ranking of the hardest and fastest serve ever in women’s tennis.

Which male player has the most aces in a tennis match?

What is an ace?

An ace is a serve that cannot be touched with the racket by the opponent, and in this way immediately scores the point for the player serving.

The record for most aces in a tennis match is held by American John Isner. He did this in one of the most special tennis matches in history. In the first round of Wimbledon 2010, Isner faced Frenchman Nicolas Mahut. The match would eventually become the longest tennis match ever. Spread over three days, both gentlemen were on the track for 11 hours and 5 minutes. Isner hit a total of 113 aces. The number two on the list of most aces in a tennis match is not very surprising Nicolas Mahut. In the longest match ever, he hit 103 aces. The match was won by Isner, with the incredible score of 6-4, 3-6, 6-7,7-6, 70-68.

The record for most aces in a tennis match was once held by Dutchman Richard Krajicek. In the quarterfinals of the 1999 US Open, Krajicek beat the Russian Yevgeny Kafelnikov 49 aces, at the time the world record. Despite the rain of aces, the Dutchman came out short with 6-7, 6-7, 6-3, 6-1, 6-7

Who has the most aces in a women’s tennis match?

In women’s tennis, the record for most aces in a match is held by Czech Kristyna Pliskova. She did this in the second round of the 2016 Australian Open. Pliskova fired 31 aces against Monica Puig from Puerto Rico. As so often, a record was not enough to win the match. Puig won 4-6, 7-6, 9-7. Sabine Lisicki is also doing well in this classification. She is in second place with 27 aces.

Other serve records in tennis which are amazing:

Besides the fastest tennis serve ever and the most aces in a tennis match, there are a number of service records in tennis which are also valuable.

No player has ever hit more aces in a tennis career than the tall Croat Ivo Karlovic. At the end of July 2017, the counter stood at 12,108. and as the 2.11 meter tall Karlovic is still active in 2017, this number will continue to rise.

This record is also in the name of Goran Ivanisevic. He hit 1,477 aces in the 1996 tennis season.

Most aces in a women’s tournament: 102

Serena Williams hit a total of 102 aces on her way to her 2012 Wimbledon title.

Most aces in a women’s tennis season: 530

Karolina Pliskova, Kristyna Pliskova’s twin sister and also the more successful of the two, did so in 2016.

The American Sam Querrey did this in 2007 against his compatriot James Blake during the tournament of Indianapolis (United States).

Most aces in a Tournament: 213

The Croat Goran Ivanisevic achieved this feat in 2001 at Wimbledon, where he took the overall victory.

Most tennis seasons in which the same player hit more than 1,000 aces: 4

So how can YOU produce a good serve in tennis?

Here’s what to do.