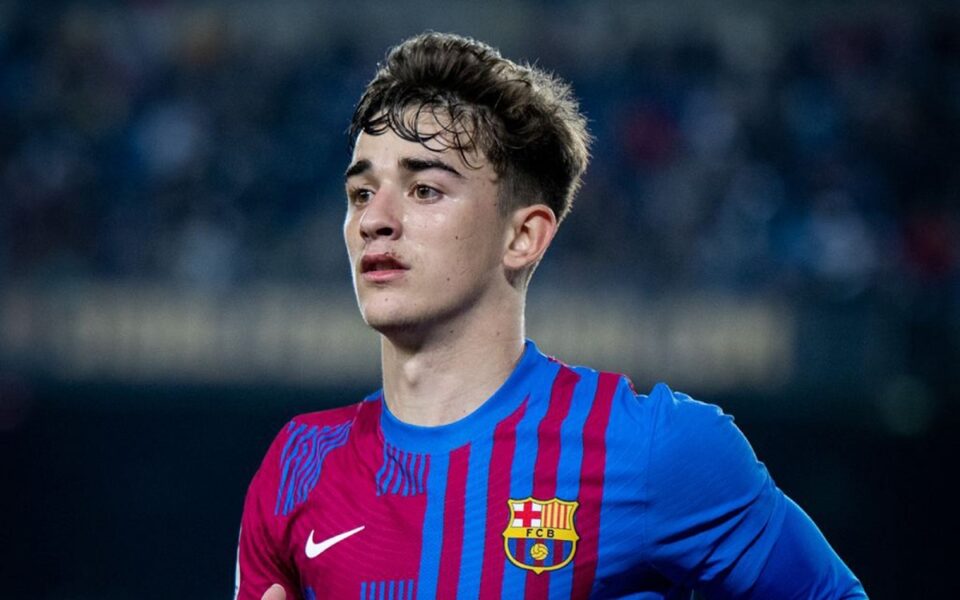 Gavi footballer extraordinaire recently turned 18-year-old soccer player, with only one season and a peak in the soccer elite. Since he debuted with Ronald Koeman on the Barça bench, he has become a starter for the Barça team and has had merit in the masterful run of good results for the team later coached by Xavi Hernández. In this article we take a look at his life and career broken down as interesting facts!

Gavi Footballer: 6 Facts About His Career Spain/Barca Fans Should Know!

1. Who is Gavi footballer extraordinaire?

Gavi is a midfielder known for playing with FC Barcelona in La Liga, the Spanish first-division league. He was called up to the Spanish national team in September 2021. He wears number 30.

Before playing at Barça, he played at Betis where he was noticed by Barça recruiters who considered him a rare gem; And in fact! He arrived at Barça in 2015 and became directly the leader of his section due to his admirable ability. Without exaggerating, he is that good.

Excluding Barça B, a young Gavi and a young Lamine Yamal were the biggest prospects at  FC Barcelona’s youth academy called La Masia.

Gavi was also a part of a super promising 2004 generation which includes other fascinating players such as Alex Garrido or Adrià Capdevilla. He was the brightest of such a great team. So much so that he could skip Juvenil B to go directly to Juvenil A from Cadete A.

He scored 96 goals with Betis Sevilla.

He made his first appearance in a senior game for FC Barcelona in August 2021.

Another amazing highlight was when he won the Kopa Trophy and became the best young footballer. The Barça midfielder won the Pilota d’Or, and Pedri González succeeded in the history of this award.  This award accredits him as the best footballer under 21 on the planet, the 2021/2022 season. The Andalusian has prevailed in the vote over great footballers, such as Jude Bellingham and Eduardo Camavinga, from Borussia Dortmund and Real Madrid, and has succeeded Pedri González, who received him just a year ago.

Once, his fan gave her phone number in ​​the middle of a signing session.

The youngest scorer in history with the Spanish selection, Pablo Martín Páez Gavira – aka Gavi – is already a mega football star. We can’t wait to see the midfielder go during the 2022 World Cup. Despite his lack of experience, the one who has just celebrated his 18th birthday has the potential to make a difference. It was not on a roll of the dice that FC Barcelona extended Gavi’s contract until June 2026, in addition to adding a release clause of one billion euros to the agreement.

It was in September of this year during ​​the middle of a signing session when the irresistible urge took over one female fan.

To mark this highly anticipated signing, Barça organized a ceremony at Camp Nou. A good player, Gavi smiled for the camera and signed autographs. During this walkabout, a young lady took her chances by handing the local hero a piece of paper on which her name and number were probably written.

Not very subtle on her end, but Gavi smiled it off when they posed as if they were already a couple!

Gavi the footballer’s full name is Pablo Martín Páez Gavira, but he is colloquially referred to as Gavi. He was born in Los Palacios y Villafranca in Spain. He has an older sister by the name of Aurora Paez Gavira. His mother is circled in the image above.

5. Gavi the footballer’s style of play:

A somewhat special player, Gavi is arguably one of the finest talents since he began at FC Barcelona’s youth academy called La Masia. He is a very interesting player, who plays as an attacking midfielder.

Gavi is an attacking midfielder, you can already imagine what his style of football is. He is quite ambidextrous, able to protect his ball even under pressure, before passing it to a teammate to score.

At Masia, they often compare him to Messi for his style and to Iniesta for his class. Dani Alves once said that Messi can’t pass more than 5 minutes in a match without touching the ball, otherwise, he defocuses. Gavi is the same. He likes and must receive the ball frequently.

His physical condition allows him to be a more offensive-only interior player, but he can evolve in both positions. As Iniesta proved, being creative in front of a goal doesn’t exclude being a good insider. Riqui Puig was also an offensive player, but he ended up playing as an interior player because of his physical condition. The false 9 position of striker suits Gavi well, it excels in this position. This is the best position for him to shine in Barcelona.

Over the years, Gavi has worked hard to become a very complete midfielder. Elegance, class, delicacy, and productivity in front of the goal are added to this by good decision-making and character. Active, attentive, gifted, and mature, he is a maestro now in 2022.

In the colors of FC Barcelona, one of the best midfielders of the 2004 generation, Gavi continues to surprise with his maturity…despite his young age.  Pablo Martin Paez Gavira started to make a name for itself in Spain, but also across Europe. The 18-year-old midfielder made his way to FC Barcelona and then to the Spanish national team.  His early career is in any case more than promising.

Born in Andalusia on August 5, 2004, Gavi quickly took the path of one of the two giants of Seville, Betis. Then FC Barcelona very quickly saw enormous potential in him. And therefore decided to recruit him in 2015. To have him integrate the famous training center of La Masia. In the past few months, everything has happened very quickly. The young midfielder was upgraded to U19 at just 16, while signing his first professional contract at that age.

The beginning of 2021, Gavi spent it in the reserve team. In the process, Ronald Koeman called on him in the first team to participate in the preparation of the professionals. But his performances allowed him to gain playing time and participate in his very first official match, in the Spanish La Liga, at the end of August against Getafe (2-1). Because of his young age, the native of the Province of Seville could have contented himself with playing second fiddle and grabbing playing time on the right and on the left. It has not happened.

The 2021/2022 season will remain no matter what as a founder for Gavi. With a physique like Xavi or Iniesta, at just over 70 meters, he was able to forge a starting position despite the presence of big names in the Catalan workforce. Even if the Blaugranas missed their start to the season, Gavi chained the matches and was one of the great architects of Barça’s revival, both in La Liga and on the European scene, in the Champions League, but especially in the Europa League. What opened were the doors of the Spanish selection to him.

Of course, the competition is even tougher with Spain’s national football team. But Gavi has the makings of a world-class player. A hard worker, comfortable passing, he was soon scouted by big clubs, including Real⁣ and Atlético Madrid; in 2015 he chose FC Barcelona at the age of eleven. In September 2020, he signed his first professional contract with the club and at the age of 16 went on to play for the under-19 squad with opportunities in the club’s B-team.

He mainly played in the B-team and performed above expectations. Having only played two games for that team, Ronald Koeman already brought him into the first team and took him to the first team’s 2020/2021 preseason tournament. At that tournament he participated in the matches against Gimnàstic de Tarragona, Girona and VfB Stuttgart and played well there. Gavi actually played for the Juvenil A-squad before the 2021/22 season, only he was promoted to the first team that season. This rarely happens and only with Ansu Fati was this the case. On September 14, 2021, he made his debut in the Champions League against FC Bayern Munich, which won 3-0.

Gavi is often compared to Barcelona legend Xavi, who praised Gavi after his start as Barcelona manager in November 2021.