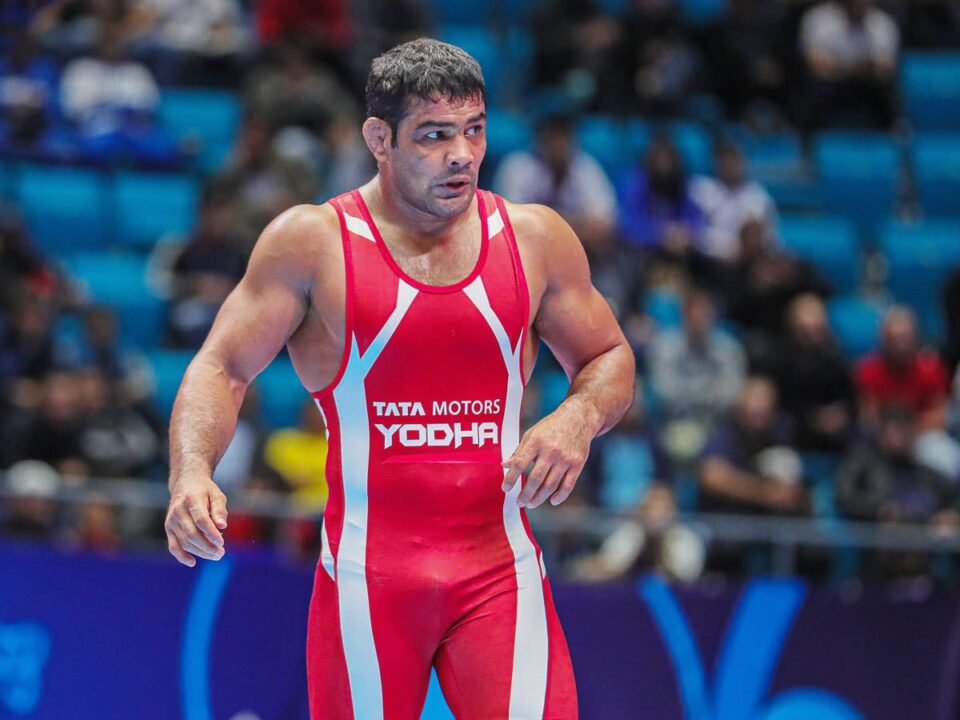 One of the first names if you google the best wrestler in India is Sushil Kumar. His name appears first because the 35-year-old is considered the best Indian freestyle wrestler who brought home a bronze medal at the 2008 Beijing Olympics and a silver medal at the 2012 London Olympics.

Sushil Kumar: The Best Wrestler In India Or Bad Boy?

Sushil Kumar: The Best Or A Contradictory Success?

Apart from earning the Arjuna Award in the year 2005, Sushil Kumar has also been honored with the Rajiv Gandhi and Padma Shri Awards. Sushil has raised India’s name many times by winning gold medals in different competitions of wrestling. As a wrestler who has won two medals in the Olympics, the man has earned brand endorsement from Mountain Dew, Eicher tractors, and the National Egg Coordination Committee which earns him ₹10 million (US$130,000) per year.

A man of principals, Sushil Kumar refused the offer of ₹5 million (US$66,000) to appear in a surrogate advertisement (adverts in the disguise of another product)  for a leading liquor brand.

Despite being such a big wrestler, the Delhi Police arrested Sushil Kumar following  a brawl in the Chhatrasal Stadium on 4 May 2021 in connection with the murder of former junior national wrestling champion Sagar Dhankhar. When the police issued a lookout notice against him a clash started between the two Pawan groups at Chhatrasal Stadium in Delhi was only one issue. Following the first issue, there was a lot of fighting between both the groups as the 23-year-old former Junior National Wrestling Champion died during this clash. As we all know the currently ongoing case began when it was said that the main accused in this clash was Olympic medalist Sushil Kumar. While the judge and court review the case, we wonder if becoming the best wrestler in India comes with the unavoidable fight or flight instinct bleeding into daily life?

What happened between Sushil Kuman and Sagar Dhankhar?

On May 4, 2021, the Olympian Indian freestyle wrestler Sushil kidnapped and later thrashed a 23-year-old junior wrestler Sagar Dhankhar. The Delhi Police has now arrested Sushil for the murder and he was charged with the Sagar murder case which is still ongoing as of April 2022. Here’s what happened.

According to media reports, the 23-year-old junior wrestler Sagar Dhankhar and his friend were living on rent in a house that was in the name of Sushil Kumar’s wife.

Seeing the beating in the stadium, someone made a video of the incident and informed the police and when the police arrived, Sushil and his friends fled. Soon, Sagar was admitted to the hospital where doctors declared him dead. Following the death of the 23-year-old junior wrestler Sagar Dhankhar, both Sushil Kumar and his friend Ajay Kumar were absconding for a long time, but after some time, Delhi Police arrested both of them from a place named Mundka. Police had placed a reward of Rs 50000 on Sushil Kumar’s friend Ajay. After arresting Sushil Kumar, the police also sent him to Tihar Jail for 14 days in custody.

According to online sources, Sushil Kumar was not alone. Apart from Sushil Kumar, the police named 20 other people as accused and 15 people were also arrested by the police and 5 people are still absconding. Out of the 5 absconding people, 3 high ranking criminals are also involved.

Sushil Kumar was born in a village in South Delhi:

After seeing the financial condition of the family, Sushil Kumar’s cousin Sandeep gave up wrestling because Sushil Kumar also wanted to become a wrestler and his family could only support one member becoming a wrestler.

At the age of 14, he learned wrestling at Chhatrasal Stadium and became a freestyle wrestler on the basis of his hard work. His family paid full attention to Sushil’s food and drink because Sushil is a vegetarian which meant that most of his family members brought him nutritious food like canned milk, ghee, and fresh vegetables for him which is culturally considered to be the best food for wrestlers in the history of India.

Sushil Kumar wasn’t only born to beat his brother, but born to go global:

From an early age, Sushil started training to become the best wrestler in India at the Chhatrasal Stadium’s akhada where he got an education in wrestling from gurus like Yashveer and Ramphal. After that, he got training by Satpal, who was awarded the Arjuna Award. Apart from this, he also learned the tricks of wrestling from Gyan Singh and Rajkumar Baisala Gurjar while living in the Indian Railway camp.

Continuing his best performance in the year 2000, he also won a gold medal in the Asian Junior Wrestling Championship.

In the year 2004, he got a chance to participate in the Olympics, but due to his poor performance, he finished at number fourteen in the 60 kg category. He performed again in the Commonwealth Wrestling Championships held in 2005 and 2007 and won the gold medal in a tremendous effort.

Once again we wonder if becoming the best wrestler in India comes with the unavoidable fight-or-flight instinct which will bleed into daily life? Sushil Kumar seems to be surrounded by controversies.

International wrestler Praveen Rana once accused Sushil Kumar of thrashing him and his brother after the selection round of the national trials in 2017.

Not only that, in 2012, Chhatrasal Stadium was India’s premium center for coaching wrestlers and new learners. However, after public differences between Sushil Kumar and Yogeshwar Dutt, Yogeshwar Dutt decided to leave the wrestling center and start his own coaching center. By 2015, many top wrestlers like Bajrang Punia left the academy and joined Yogeshwar Dutt’s academy.