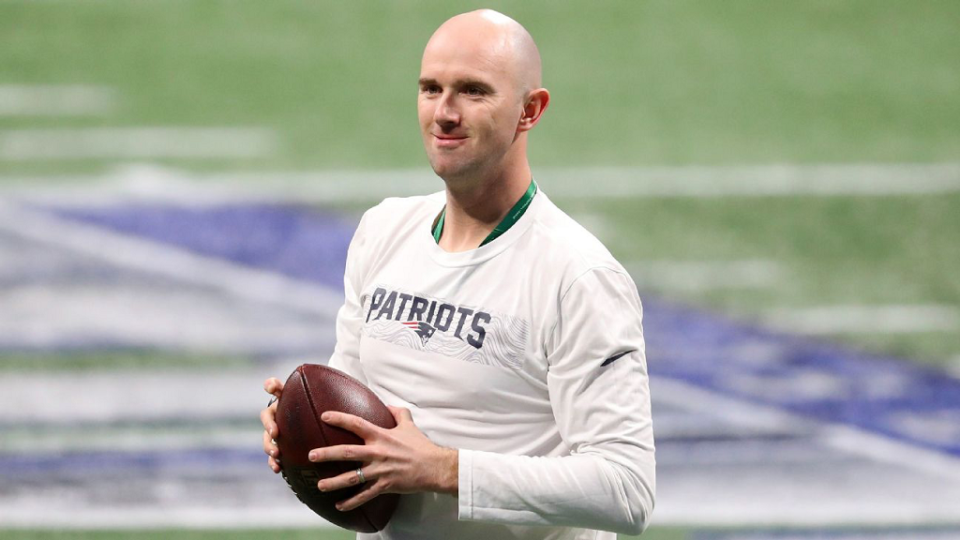 American-born Jack Easterby is a football executive who is one of the most controversial figures in the Texans organization. The executive vice president of football operations has leveled serious accusations for representing the Houston Texans of the National Football League. Before joining the Texans in 2019, he served as a chaplain and as a character trainer. In this article, we take a look at his life and career.

Born in 1982 or 1983, Easterby lettered in basketball and golf at A.C. Flora High School and Newberry College. Then, Jack Easterby majored in theology at Erskine College and Liberty University – a course that would come in handy for his football career.

A Columbia, South Carolina native he served as an operations intern with the Jacksonville Jaguars in the summer of 2004.

In 2005, while working as an academic tutor at the University of South Carolina, Easterby was hired by Dave Odom to serve as the men’s basketball “character coach” for the Gamecocks team, and significantly contributed his efforts with Dawn Staley and the women’s team.

Easterby then worked as a chaplain for the Kansas City Chiefs, after leaving South Carolina, where he ministered to the team following the murder-suicide of Jovan Belcher. Placekicker Ryan Succop, who attended South Carolina when Easterby was there, recommended him to Scott Pioli for the position.

In part to deal with the Aaron Hernandez crisis, Easterby was hired by the New England Patriots in 2013. Throughout his tenure, he was the only man in the league to hold a paid position as a character development coach. He described his job as “serving the players mentally and physically and helping them as people.”

He also assisted the team with draft evaluations, helped orient new players, and conducted Bible studies and religious services. He reached out to head coach Bill Belichick and grew close to him as well as the players and was an important part of his American football  operations staff.

Represented by agent Bob LaMonte, Easterby wanted to serve as a personal player in the NFL. In April 2019, he was hired by the Houston Texans, after they outscored the Carolina Panthers and Miami Dolphins for his services.

During Easterby’s departure, Several members of the Patriots organization were reportedly furious and felt betrayed

Just two months into his tenure, He soon forged a close relationship with the son of owner and CEO Cal McNair and he allegedly played a role in the removal of CEO Brian Gaine.

O’Brien was hired by the McNair family in 2014 after spending two seasons at Penn State. In seven seasons with Houston, O’Brien posted a 52-48 record and won four division titles.

Later in 2017, O’Brien traded the 2014 No. 1 overall pick, Jadeveon Clowney, to the Seattle Seahawks. On the same day, O’Brien sent two first-round picks and one second-round pick to the Miami Dolphins for left tackle Laremy Tunsil and wide receiver Kenny Stills. Later, he parted ways with wide receiver DeAndre Hopkins in a trade with the Arizona Cardinals in exchange for running back David Johnson.

On January 28, 2020, Easterby was put in charge of American football operations for Houston, handling everything from team logistics to salary cap management to player development sports science, equipment, video, and security for football operations. “He was reportedly a force behind the exchange of wide receiver DeAndre Hopkins, saying” we have to leave that person”.

“We will begin the search for a head coach and general manager on an ongoing basis,” McNair stated on the Texans radio show. “And at that point, Jack [ Easterby ] will switch back to the position he had before, which is in football operations.”

4. Easterby was general manager until Nick Caserio, with whom he shares an agent, was hired:

Despite official team denials, Easterby reportedly played a key role in Caserio’s recruitment, effectively breaking the team’s promise to consider Watson’s opinion during the search for the next general manager and head coach and Greg Bishop brought Easterby to the national spotlight. He along with Jenny Vrentas and their Sports Illustrated cover story thrust Easterby into a critical, national spotlight.

Easterby responded to the story by telling Texas employees that he threatened to sue Sports Illustrated for defamation and had obtained a list of SI sources for the story.

5. Jack Easterby blamed his former employers with the Patriots aka the Kraft family:

Easterby, who has become a high-ranking figure in the Texans, has blamed his former team, the Patriots, for the bad publicity he receives.

The media sources assure that Easterby convinced even the McNairs that the Kraft association was orchestrating a whole network of negative press against him; His conspiracy theory also ensures that the Kraft are investors in Sports Illustrated or at least receive payments from them.

According to NESN.com, this is false, as there is no way to prove the financial support of the Kraft association; Nor was there a single statement from the Kraft family, the McNairs do not believe there is an investment in SI from New England and Jack Easterby denies the whole issue.

The Houston Texans owner’s son and CEO, Cal McNair, continues to support Easterby and says he will continue to manage the non-business side of the Texans’ American football operations.

Olivia Moultrie: The Next Biggest Thing in Women’s Soccer