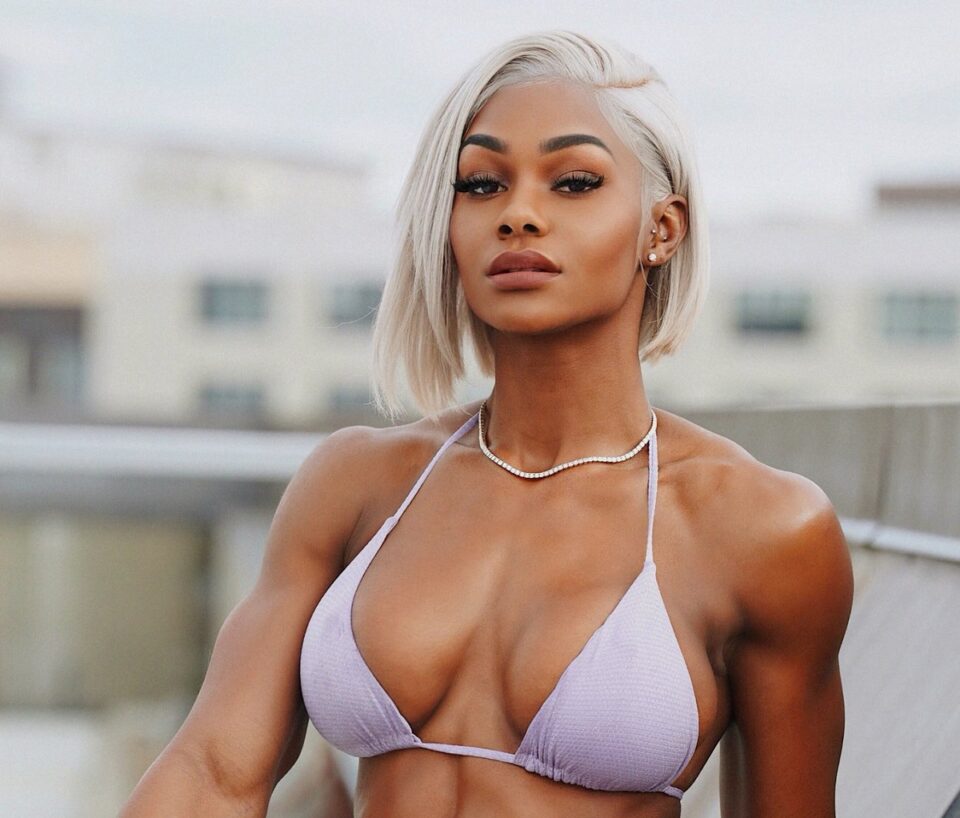 Jade Cargill does not have professional experience in the world of wrestling, which makes her debut in Dynamite even more striking as she appeared out of nowhere. The young model and athlete made her stellar appearance on November 11 when she interrupted Cody Rhodes during a promotion on AEW Dynamite and quickly caught the attention of others! Here are some really cool facts about the trail blazer!

1. She grew up playing basketball and is very invested in education:

Cargill later graduated from Jacksonville University with a degree in social science, where she once again played basketball and was named to the Atlantic Sun’s first preseason team in her senior year.

She also has a certified master’s degree in child psychology.

2. She trained for 1 year for her professional wrestling career:

In April 2019, Jade Cargill attended a tryout at the WWE Performance Center and then planned to seriously commit to training at AR Fox’s WWA4 Academy.

Upon taking the advice of wrestling legend Mark Henry, whom Jade Cargill described as her “mentor,” she took up further training sessions at Heath Miller and Richard Borger’s Face 2 Face Wrestling School and later trained at QT Marshall’s Nightmare Factory in 2020.

3. Signing on for All Elite Wrestling:

Jade Cargill made her professional wrestling debut with All Elite Wrestling (AEW) on the November 11, 2020, episode of AEW Dynamite, interrupting Cody Rhodes and prompting the arrival of Shaquille O’Neal.

On November 12th, AEW President and CEO Tony Khan made the public statement that Jade Cargill had entered a multi-year contract with AEW.

On November 18, 2020, the Florida native returned to Dynamite and attacked Cody’s wife, Brandi backstage by wrapping her arm in a chair and then stepping on it.

Just two days later, Cargill was featured on an episode of the AEW podcast series Unrestricted. During the episode, she thanked Nightmare Factory coach QT Marshall and Dustin Rhodes for making her AEW debut a reality!

Cargill also revealed that she was now receiving more training with Dustin as well. Cargill and O’Neal teamed up to defeat Cody and Red Velvet on the March 3, 2021 episode of Dynamite titled The Crossroads, which interestingly marked the first match of Cargill’s professional wrestling career on TV.

4. She wants to change the All Elite Wrestling women’s division:

When Cargill came to Dynamite interrupting Cody, she made clear that signing a multi-year contract with All Elite Wrestling would reinforce the women’s division that has left much to be desired since its inception.

“I’m ready to reorganize the women ‘s division and I will turn it over to this promotion,” she said on the official website of AEW.

Jade has no professional in-ring experience, she started training with Heat Slater in 2019 at the Face 2 Face academy and later joined Nightmare Factory, which runs QT Marshall, one of the main people in charge of blocking All Elite shows. Wrestling.

The signing of Jade by All Elite Wrestling was analyzed by Tony Khan on the company’s official website. “Jade is an incredible athlete and is an exciting addition to our women’s roster. I’m sure fans will enjoy getting to know Jade’s strong personality and watching her develop as a fighter after her surprising confrontation with Cody and Brandi Rhodes last night at Dynamite. “

The 28-year-old fighter is also the mother of a baby she had with MLB player Brandon Philips, who is her current partner and an MLB star

Phillips is an American second baseman who has just played for the Red Devils in the Mexican Baseball League. He was previously noted for his stint with the Boston Red Sox, Cleveland Indians, Los Angeles Angels, Cincinnati Reds, and Atlanta Braves.

Phillips’ talent is on display in the many awards he has won throughout his career. The baseball player was awarded four Gold Gloves and one Silver Bat. He also participated in three All-Star Games and made history by becoming the first player in history to hit two three-run homers, drive in seven runs and steal two bases in the same game.

Jade Cargill has credited the deceased wrestler Chyna and the character in X-Men Storm as her inspirations.

Dominik Mysterio: 7 Facts About How His Life Was Shaped For The Ring!