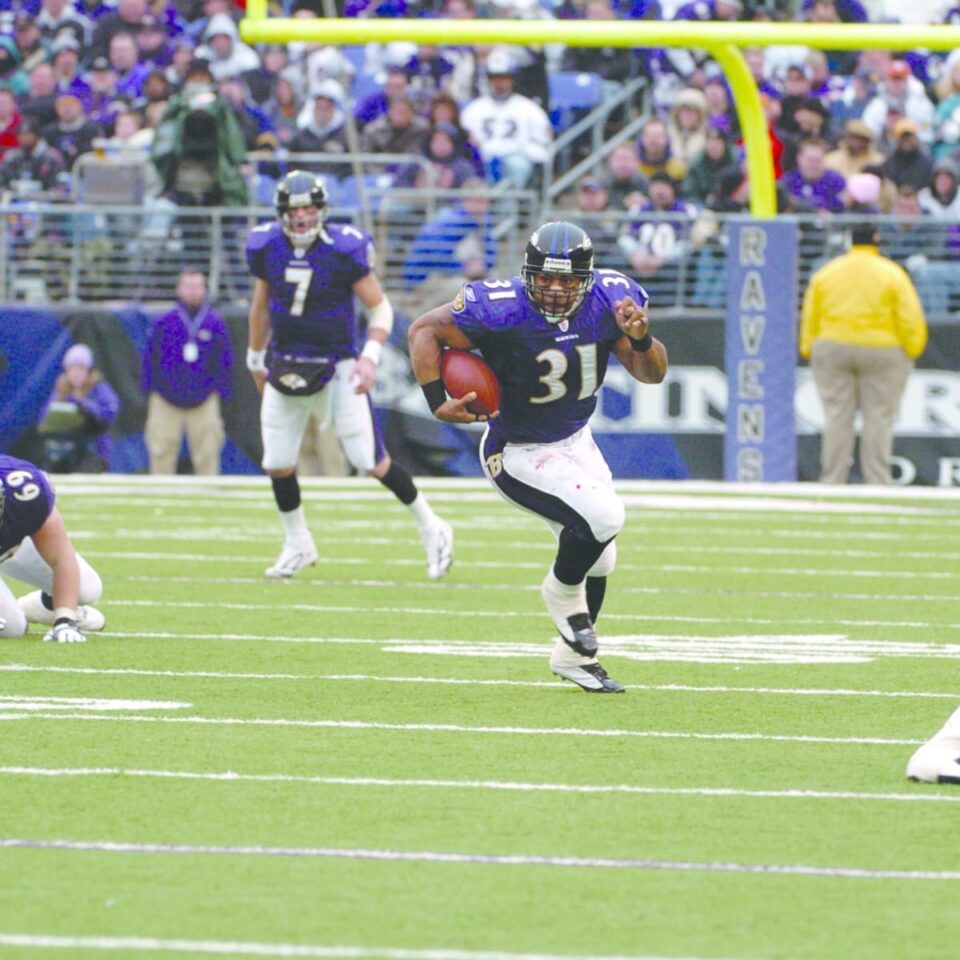 Jamal Lewis is a famous National Football League (NFL) running back who had a successful American Football career with the Baltimore Ravens and the Cleveland Browns. He has set numerous NFL records and he was one of the most highly regarded running backs of his time. Let’s find out more about him.

Jamal Lewis: All You Need To Know

Which NFL teams has Jamal Lewis played for?

Jamal Lewis is a former football running back for the Baltimore Ravens and Cleveland Browns of the National Football League. He was selected fifth in the 2000 NFL Draft by the Ravens. He played college football in Tennessee.

How was Jamal Lewis’ rookie year?

Considered one of the best tailbacks available in the 2000 NFL Draft alongside Thomas Jones, Lewis was selected fifth overall by the Baltimore Ravens. In his rookie season, he ran for more than 1,300 yards, supplanting Priest Holmes as the team’s starting running back. On November 19, Lewis became the youngest player since 1960 to exceed 200 yards from the line of scrimmage in one game (21 years, 82 days). The Ravens’ running game and aggressive defense earned the Ravens their first NFL title when they defeated the New York Giants in Super Bowl XXXV. Lewis rushed for 103 yards and scored a touchdown in the game, becoming the second rookie in history to rush more than 100 yards in the Super Bowl and the youngest player to score a touchdown there.

Did Jamal Lewis rush for over 2,000 yards in a season?

In 2003, Lewis came close to setting a new NFL record by rushing 2,066 yards on the season, leading the league. He stopped just 39 yards from Eric Dickerson’s all-time season record which stood at 2. 105 yards in 1984. Lewis joined Dickerson, Terrell Davis, Barry Sanders and OJ Simpson in the small group of players capable of passing 2 .000 yards of seasonal racing. Later, Chris Johnson of the Tennessee Titans in 2009 and Adrian Peterson in 2012 also rushed for 2,000 meters. On September 14, 2003, Lewis also beat Corey Dillon’s NFL record of 278 yards rushing, rushing for 295 yards against the Cleveland Browns.

Which awards has Jamal Lewis received?

Lewis was awarded the best offensive player of the season by the Associated Press. Lewis’s record stood until November 4, 2007, when Adrian Peterson of the Minnesota Vikings rushed 296 yards against the San Diego Chargers. After the 2005 season, the Baltimore Ravens declined to use the franchise tag on Lewis, making him an unrestricted free agent after the season ended. This move seemed to many like a formality in allowing Lewis to move to another team.

When did Jamal Lewis join the Cleveland Browns?

Popular speculation accused Lewis of drastically diminishing his performance after the 2003 season. Lewis himself during the 2005 season expressed disappointment at not being able to reach a long-term deal with the franchise. Despite these assumptions, the Ravens re-signed Lewis on Monday, March 13, 2006 to a four-year contract, despite having signed former Denver Broncos running back Mike Anderson in the meantime, who was believed to be Lewis’s replacement. On November 19, 2006, Lewis ran 3 touchdowns against the Atlanta Falcons. He finished the season with 1,132 yards and 9 touchdowns.

On February 28, 2007, the Ravens announced the release of Lewis. However, General Manager Ozzie Newsome stated that the Ravens were still waiting to re-sign him. Those hopes were dashed on March 7, 2007 when Lewis signed with the Cleveland Browns. After joining the Browns, Lewis became the starting running back. He played the first season for more than 1,300 yards since 2003 in his first year at Cleveland, finishing with 1,304 yards and 9 touchdowns.

On November 8, 2008, The Plain Dealer Newspaper reported that Lewis was dissatisfied with the performance of his Browns teammates in their recent loss to the Denver Broncos. Speaking about the matter, Lewis said that it was unacceptable for NFL players to give up before the end of the game. Lewis continued,” It seems to me that someone threw in the towel sooner than they should. Denver was at a disadvantage but did not give up. They stayed focused and finished the race. We did not do it for two consecutive weeks at home. Without naming names, Lewis said, “some people need to control their egos and show a little heart by playing with commitment. This is a man’s game. The way we’ve been playing the last two weeks has not been. I think there is someone here who needs a test of conscience. That’s it.”

When did Jamal Lewis retire from the NFL?

Jamal Lewis announced that he would retire at the end of the season during November 2009. Towards the end of the 2009 season, Lewis was placed on the disabled list, ending his season. On February 17, 2010, the Browns released him.

What are some of the records of Jamal Lewis?

The Baltimore Ravens gave the ball to Jamal Lewis, as they had anticipated, and the running back delivered on his promise by setting the mark for most yards gained in a single NFL game, at 295.

In addition to Lewis’ incredible record, which included two touchdowns, he led Baltimore to beat the Cleveland Browns 33-13 on Sunday.

He could have scored one more time and surpassed 300 yards had it not been for a Marcus Robinson penalty on a 60-yard breakaway in the first half.

After averaging a monstrous 9.8 yards for each of his 30 carries, Lewis said that he had no regrets on such a “beautiful” day.

Lewis had an 82-yard run for a touchdown on his team’s second offensive play, adding another 63-yard run in the fourth period and breaking the mark with a three-yard rush with 6:55 left on the clock.

Lewis broke the one-game yardage mark that belonged to the Cincinnati Bengals’ Corey Dillon, who carried the ball for 278 yards on October 22, 2000 against the Denver Broncos.

During a conference call with Cleveland linebacker Andra Davis during the week, Lewis said he would break the mark if they gave him the ball 30 times, twice as many times as a week earlier, in the game they lost 34-15. against the Pittsburgh Steelers.

“Andra told me that he wanted them to give me the ball 30 times, and I replied that if they gave it to me 30 times, it would be a fundamental day for my career. I’m not going to say I predicted it, it was just luck.” Lewis stated.

Lewis, who missed the entire 2001 season with a torn knee ligament, already had 100 yards after his second carry Sunday and had 180 yards at halftime.

“I was on my way back (to the locker room) at halftime when (Ravens’ tackle) Jonathan Ogden said, ‘We’re going to get it. We can get those 300 yards,'” Lewis recalled.

Ogden, for his part, said that “I figured if (Lewis) broke the mark, we would win the game.”

The Ravens (1-1) talked all week about the importance of employing Lewis more, especially since the running back ripped Cleveland to pieces for an 187-yard gain in a game last October.

The Browns knew this but had no way to stop it.