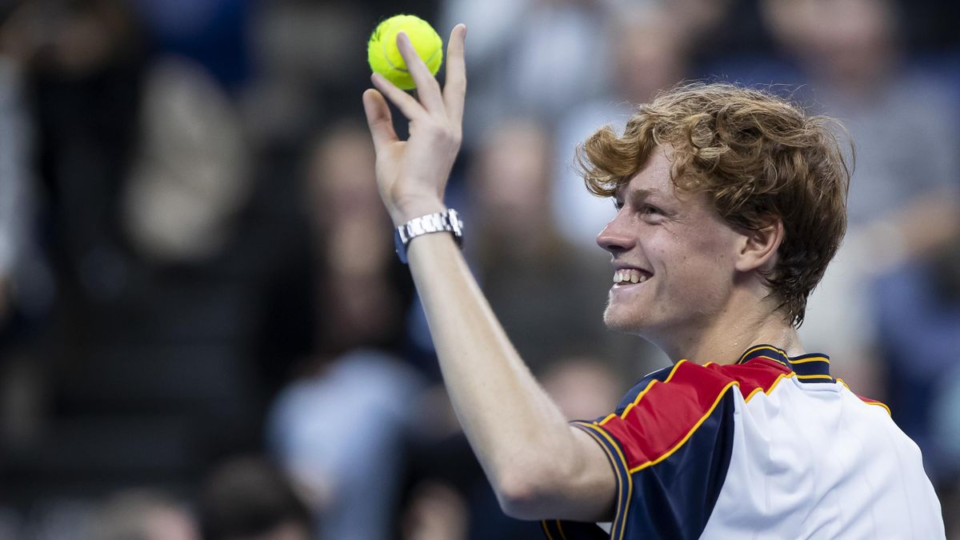 Jannik Sinner is a young Italian tennis phenom who hails from Bolzano, Italy. Despite being just 20 years old, he has already made it to the top 10 of the ATP world rankings, becoming the youngest Italian player to do so. Along with fellow countryman and superstar Matteo Berrettini, Jannik Sinner is one of the figureheads of the Golden Age of Italian tennis. He is incredibly fast on the court and packs a lot of power as well. Let’s find out more about him.

Jannik Sinner: All You Need To Know

When was Jannik Sinner born?

Jannik Sinner was born on August 16, 2001 in San Candido, a small town in the province of Bolzano. He grew up in the German speaking South Tyrol region. His parents passed on to him the passion for skiing as they themselves managed a small ski resort in Val Fiscalini, but Jannik soon decided to abandon skis to devote himself to tennis. Meanwhile, the young man continued to study, but stopped at the fourth year of high school to concentrate on sporting commitments.

When did Jannik Sinner make his pro debut?

In 2015, at just 14 years old, Sinner made his debut among professionals and in 2018 entered the world rankings. He began to break important records, becoming the youngest Italian to win a Challenger and the youngest to enter the top 100 of the ATP ranking. Today, the tennis player, 188 cm tall, is at number 9 in the ATP ranking and is getting noticed in the Finals that are being played in Turin, where Sinner replaced the injured Berrettini and has started his adventure in the best possible way by beating with a test by champion Hurkacz

Who is Jannik Sinner dating?

Jannik Sinner was dating the beautiful Italian influencer Maria Braccini, who boasts over 62,000 followers on her Instagram profile. However, after a year of dating, the couple have split and gone their separate ways. Very young yet with a career already well underway: Jannik Sinner is the rising star of Italian tennis and beyond, a star who promises to be able to make a career of the highest level.

How has Jannik Sinner’s career been so far?

The results gathered so far make Sinner an atypical character. Born in 2001, he grew up in San Candido (location of the famous A step from the sky ) and was adopted by Bordighera where he lived his growth as a tennis player followed by the best Italian coaches.

How did Jannik Sinner switch from skiing to tennis?

Jannik Sinner’s success at Roland Garros  2021 came, in fact, after a sequence of more than encouraging results even if the premises were different.

His parents ran a ski resort and Jannik grew up with his older brother in one of the most wonderful and interesting places in Italy, from a skiing point of view. In fact, he practiced skiing until he was forced to make a choice, to devote himself to just one activity. To the one closest to him for the natural evolution of things: tennis was always better for him.

His arrival at the Piatti Tennis Center was the most incredible thing, also according to the insiders: he was not just physically gifted, but also intelligent at a tennis level. He learned very fast and moved up the ranks rapidly.

In 2019, the year of his turning point as a professional, Sinner hit the Bergamo Challenge and won his first category title, thanks also to a wild card.

At 17 years and 8 months, Sinner won his first match in a Masters 1000 tournament, against Steve Johnson, No. 59 in the ATP rankings, with a score of 1-6, 6-1, 7-5 after saving a match point, becoming the 10th youngest tennis player in the world, first among the Italians, to have won a Masters 1000 match.

Little remained on the grass at Wimbledon, but making it past the first round at his age is already a remarkable achievement. And so too in Flushing Meadow. On October 21st, 2019 he reached position number 101 in the ATP ranking and at the end of the year, he received the Newcomer of the Year award.

2020 proved to be an even better year for Sinner. He won his ATP title and entry into the top 40.

Which has been Jannik Sinner’s best year on the ATP tour so far?

2021 has been the best year of Jannik Sinner’s career. He has won four ATP titles, the final in Miami, entry into the top 10 (where the Roman Matteo Berrettini is also stationed with some success ) and confirmed himself as a force to be reckoned with when it comes to the ATP tour.

As a reserve, Jannik Sinner took over from the ATP Finals in Turin to his friend and rival Berrettini who was forced out because of an injury.

Pullela Gopichand: The Man Who Made India A Badminton Superpower

Anthony McClelland: Is He The Biological Father Of LeBron James?