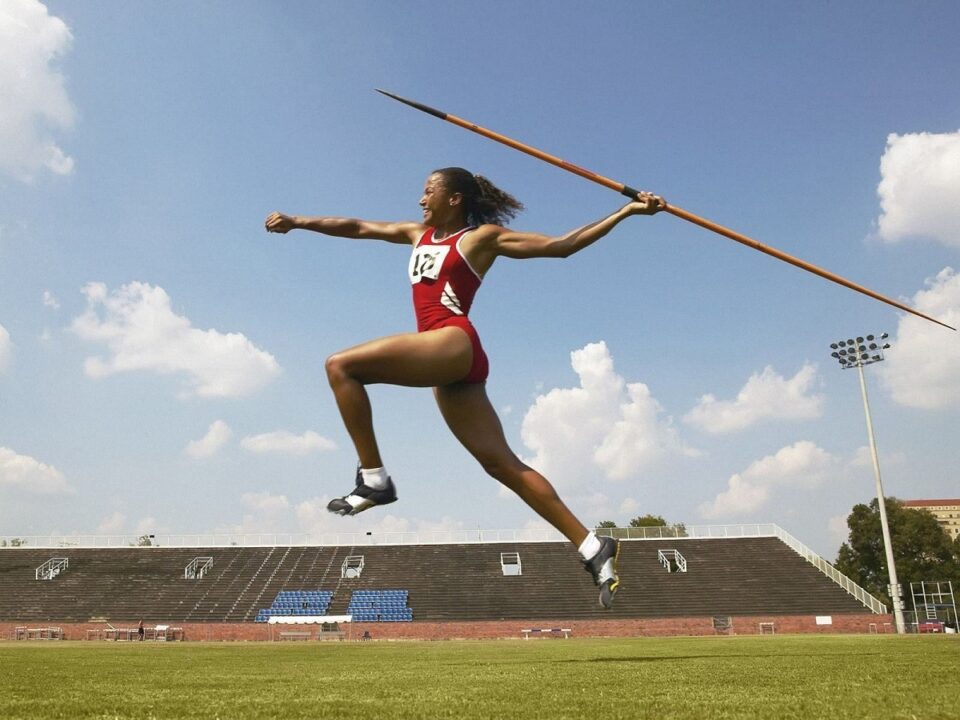 The javelin has been a part of human history for millions of years. It originated as a hunting tool and allowed our ancestors to kill their prey from a great distance. It eventually started being used in wars and eventually turned into a sport. It has been a part of the modern Olympics since they were first held in 1896. The javelin throw is a great showcase of strength, speed, balance and accuracy. It has had some legendary performers and the sport has grown in popularity in recent years. During the 2020 Tokyo Olympics (held in 2021 because of COVID), India’s Neeraj Chopra won a Gold medal in the javelin throw. It was the country’s first ever gold medal in athletics and it sent the nation into a javelin frenzy. If a market as big as India gets behind the javelin throw, it’s bound to exponentially increase in popularity. In this post, we will find out about the basics of the javelin throw. We will walk through the history and end with the rules of the modern Olympics event. Let’s get started.

What is the goal of the javelin throw?

The objective of the javelin throw is to reach the greatest possible horizontal distance, and to achieve this objective, the factors that integrate speed, precision, strength and distance and the good execution of the technique must be taken into account.

How did the javelin throw originate?

Its history goes back millions of years, with our cave-dwelling ancestors. They say that the javelin was a weapon of war and a survival device, as it was used for hunting and fishing.

The war javelin was the size of the bearer, thin as a human finger and sharp at the point; while the one used in competitions was round at the tip and the center of gravity was a strap of about 40 centimeters that was wrapped around it, the index and thumb were inserted and it was thrown in a circular way to triple the distance.

Since the ancient times, the javelin has been used in many parts of the world, as a defense weapon and as a hunting tool. The Nordics used it like other peoples and especially the Finns, who have it as the symbol of their nation’s freedom.

The Greeks say that the mythological Hercules was the first great champion of the javelin throw. Since this sport was one of the most appreciated and extraordinary skills that the Greeks and Romans had. It can be thought that the javelin throw in its current form is an application of the technique used by soldiers of any origin in the handling of this weapon.

The first athletes practiced a throw in which precision and strength (distance) had to be combined. The distance was favorable. There was also a time when the distances achieved with the left and right arms were added together.

At first, it was launched with a wave-shaped strap that had the purpose of lengthening the lever and providing a spin that stabilized the javelin in the air, the impulse run was generally much shorter, because its crossing or transitory steps were not defined.

How have athletes improved their javelin throw distance?

When was the javelin throw included in the Olympics?

The javelin throw has been part of the Olympic program since 1896. This discipline is part of the official program of the Olympics since London in 1908. In the year 1972, this record was improved to 93.80 meters. In 1985 certain parameters related to the construction of the javelin were modified in order for it to evolve.

What is the world record distance in javelin throw?

The world record of the javelin throw is held by the Czech legend Jan Zelezny who hurled the javelin to a scarcely believable distance of 98.48 metres. Only one other man has thrown more than 94 metres in the history of the sport. However, Zelezny’s record was set in 1986 after the javelin was redesigned. As a result, the records were restarted. Before this, the record for the longest javelin throw was held by the German Uwe Hohn who threw his javelin to a distance of 104.80 metres. Because the javelin was redesigned in 1986, Hohn’s record is considered as an eternal world record now. Coincidentally, Uwe Hohn is the coach of India’s gold medal winning javelin thrower, Neeraj Chopra.

Like any sport discipline, the javelin throw also has its rules, although subject to the entire sport of athletics. In 1956 the athletic regulations set some special limits, technical and gestural definitions.

How is the javelin throw judged?

In a javelin throwing competition there must be four judges distributed as follows:

The God Of Football: Interesting Stories About Diego Maradona