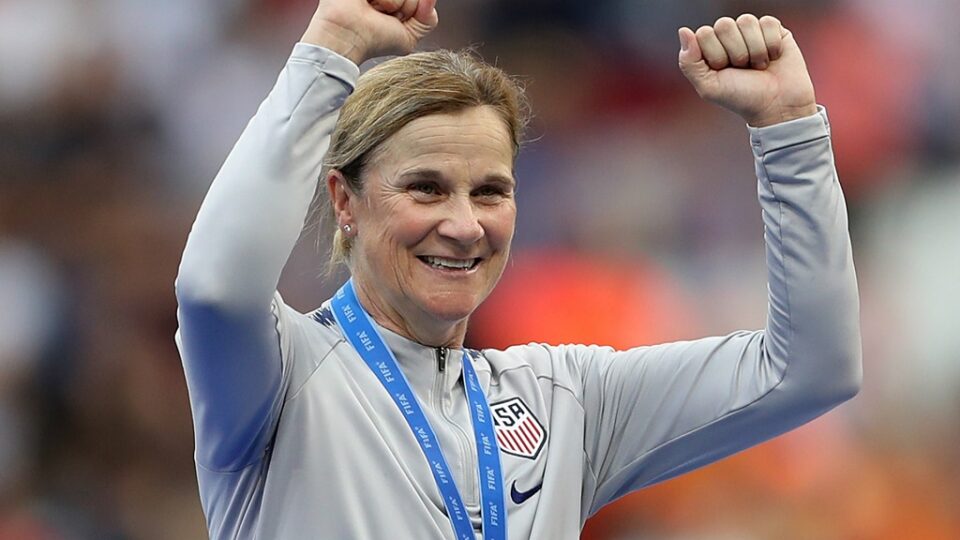 In September 2021, Jill Ellis, the former coach of the United States team was appointed by FIFA to lead the Technical Advisory Group on the future of women’s football.

The English-American soccer coach said she is looking forward to working with FIFA and bringing together the best minds in the sport as FIFA turns the tournament into a biennial event. She also told reporters that she is looking forward to a diverse and meaningful dialogue to examine how to improve the landscape of women’s soccer. So, who is Jill Ellis and why does she have many important things to say about women’s soccer? Let’s find out more details about this legendary coach!

1. Her full name is Jillian Anne Ellis and she is an English-American soccer coach:

Prior to taking over as coach of the US team, Jill Ellis worked as a coach at the University of California at Los Angeles (UCLA) for 12 seasons.

Ellis was born in England in 1966, and raised in Virginia, she has dual citizenship.

Her father was also a soccer coach. The current president of the San Diego NWSL team, first grew up playing with her brother in their backyard. When her family moved to Virginia, in the United States, she started playing soccer at school. Finally playing organised sports for the first time and thriving, Jill became the captain of her team, with which she won a national under-19 championship. Later, she joined the campus of The College of William & Mary Lee.

2. During her childhood, it was frowned upon for women to play:

Mr. Ellis, Jill’s dad, was a long-time soccer ambassador for the British government. This job helped to create programs of soccer all over the world (from Trinidad and Tobago to Singapore) and in 1981 founded the Soccer Academy in Manassas (Virginia).

Jill’s life was very different during her youth as she had never been able to play soccer in England (it was frowned upon and there were no women’s teams). She did it in the park with her brother and with her brother’s friends, who didn’t always permit her to join.

3. Still, her determination led her to coach in the USA:

In the United States she could finally play football or soccer as her dad founded the Soccer Academy in Manassas (Virginia) and she could leave her country at the age of 14.

“There I put on a kit for the first time. I remember the coach asking me what position I played in and I looked at him with amusement and answered him: I don’t know.

American universities provide soccer players what European clubs provide men. But it was not always like this. That began to develop in the 1980s, when young Ellis landed in Virginia.

The national program was just beginning to take shape, there was no professional league, and once college was over, the girls were also finished with soccer. Ellis graduated in English literature, but she always repeated the same thing to her parents: “I want to play football.” And they always tried to convince her to dedicate herself to something more substantial. While she was getting a master’s degree, she began working as an assistant coach and worked her way up to becoming a national coach.

“Being a coach was not a job in England and even in America it was seen as something strange when I arrived. What the US gave me was the opportunity to follow a path that I had never really dreamed of. ” That path led her to make history.

First as an interim, then as the head coach of the United States women’s soccer team, Jill won two consecutive FIFA World Cups, those of 2015 and 2019.

Soon, she was elected the best coach in the world by FIFA on two occasions, just after having won those championships.

Jill Ellis, the United States coach, made history when she helped the United States women’s national soccer team attain two FIFA Women’s World Cups in 2015 and 2019 by coaching them  from 2014 to October 2019.

This made her the second coach to win consecutive World Cups. Before her, it had only been achieved by Vittorio Pozzo, the Italian coach, who led the team to lift the title in 1934 and 1938.

6. Coaching style and the lessons in adversity:

Before she won in 2015, she spoke about adversity being the best learning tool.

“Part of my job here will be to make this trip uncomfortable for you because the greatest learning is adversity,” Jill Ellis said when she introduced herself in May 2014.

She had 13 months to prepare for the 2015 World Cup in Canada, a tournament that the American team had not won since 1999.

Accustomed to working under pressure, Ellis has been watched with a magnifying glass in this tournament; and in the US has received criticism for the game of her team.

However, Jill Ellis is the daughter of a former Royal Marines commander who instilled in his girl a passion for soccer and the understanding that without adversity the job of a coach would not be understood; and it wouldn’t go far either.

Hence, she insisted on it in her first talk with the dressing room five years ago. A few months after that conversation, Ellis decided to take the team on a tour in Brazil, where the logistics were going to put them to the test.

“That was what I was looking for, one of the games was canceled due to the weather, it was very hot, the fields were very dry and about 10,000 fans booed us,” she said.

“At the end of the trip, I explained to the expedition that I had looked for these types of conditions because we had to learn to face the potholes that could come our way. There are always adversities – The difference between winning and losing in elite sport is the ability not only to deal with those adversities, but also to thrive in those situations. It is something that you have to learn as a coach as well. Without those curves, it wouldn’t be technical, “she recalled on the website coachesvoice.com.

The players appreciate her coaching style because they said she knows exactly what she wants and knows how to convey it as well.

In 2018, Jill Ellis earned about 300,000 dollars a year, below what Jürgen Klinsmann, coach of the US until 2016, was pocketing (almost three million dollars).

She always remembers the advice her father gave her when she started this adventure: “Train the game, don’t train to keep your job.”