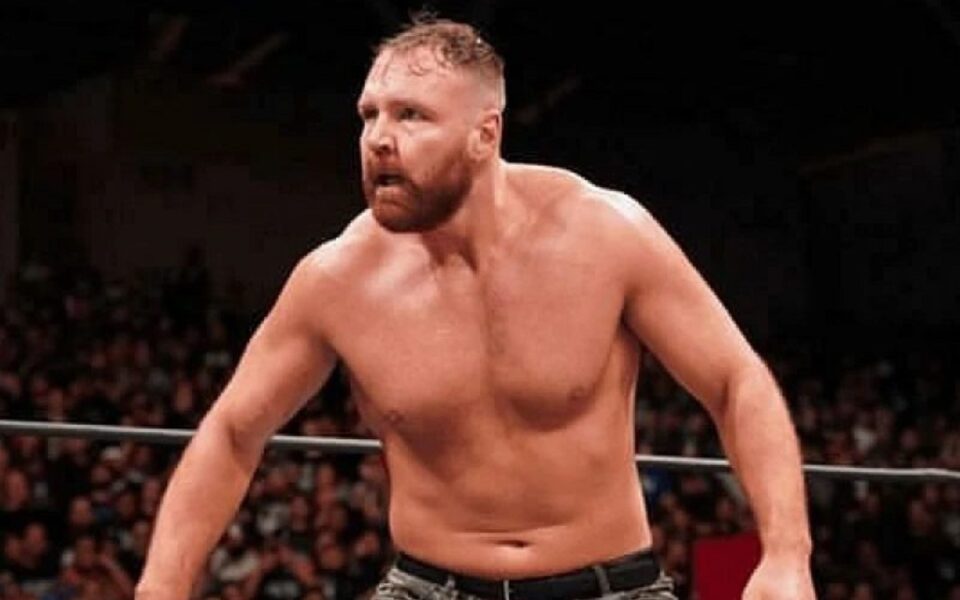 Jon Moxley who currently works for All Elite Wrestling (AEW) is a professional wrestler and actor who goes by simply Moxley from time to time. The fighter is best known for his time in WWE and New Japan Pro Wrestling. Here are 9 things about the man that are lesser-known.

9 Jon Moxley Facts That Not Many Know

1. Jon Moxley dropped out of school:

He realized that the path he was on was not the one that made him happy, so he decided to abandon his studies and start his wrestling career. A difficult decision to make but one that would be the most important since it would lead him to success and meet happiness again.

Thanks to his move from WWE to AEW were we able to see Moxley a little active on social networks, he has always been oblivious to technology and has always sought to have a fairly well-cared private life.

For example, the wrestler has been so secretive about his life that he managed to keep his relationship with Renee Young out of the public eye with fans and even co-workers only finding out two weeks later that the couple had tied the knot.

3. Moxley got to WWE earlier but got banned for this reason:

We all remember Moxley’s hometown talent matches, the ones where he wore extravagant pink hair. Curiously, Moxley was trying to sign for WWE (Summer 2007) at that time and Simon Dean was the one who was helping him get the contract, speaking well of him and recommending him to the right people on that subject.

Unfortunately for Moxley everything fell apart when Simon Dean was fired from the company a couple of weeks after he had stepped on the WWE ring (towards the end of August 2007), under a scandal, so the company he loved promptly banned him and erased all memory of Simon. Moxley finally signed with them after waiting several years for WWE to knock on his door.

Every wrestler grows up dreaming of being like a business legend, Moxley always had Bret Hart as his favorite wrestler. In an interview in 2015 he commented on the subject, assuring that he was fascinated by Hart for being the most realistic type of fighter who always managed to cheat and survive against his rivals.

In the same interview he also confirmed that he was never a fan of Hulk Hogan.

5. He was a champion in his first fight:

At the moment, Jon Moxley is the only fighter who has won the United States championship in WWE and in NJPW.

When the American pro debuted in NJPW he did so well that he ended up that night as champion. His arrival in Japan made him immediately join a rivalry with Juice Robinson, the IWGP champion of the United States, a story that led them to face each other on the last night of “Best of the Super Juniors”, there Moxley not only had his first fight in NJPW, he also kept the championship.

6. His marriage to Renee Young was an impromptu decision:

Renee Young once commented on how their “wedding” went, the current WWE Backstage commentator said that one night they were about to go to sleep when Jon suggested the idea of them getting married in the middle of the night. The couple called a place to send them a pastor/priest who would marry them on the patio of their house.

They got married after midnight, so it was technically Sunday, plus they woke up the neighbor to act as a witness.

The name Jon Moxley is quite curious. When Jonathan David was 18 years old he was ready to debut and despite having a character “inspired” by American football, he did not have a name, so he searched and searched until a wrestler who misheard his initial stage name of James Van Der Beek.

James Van Der Beek is based on the guy from Dawson’s Creek in Varsity Blues, whose name was Jonathan “Mox” Moxon, the young fighter said well and passed the name but they spelled it wrong so he ended up debuting as Jon Moxley.

Moxley successfully defended his title against Karl Anderson at AEW’s Fyter Fest event last year in 2021. But, by the second night of the following week in a Texas Deathmatch, Moxley lost the championship to Lance Archer ending his record-breaking reign at 564 days with five successful defenses.

9. In 2021, Moxley left wrestling to enter rehab for alcohol problems:

Jon Moxley faced his toughest rival: alcoholism and had to face a separate battle entirely.

It is known that fighters face many problems inside and outside the ring, from injuries to addictions that have cost many their lives. Jon Moxley, also known as Dean Ambrose because of his time in WWE, was going through a complicated stage due to the alcoholism that he suffers from.

Through social networks, Tony Khan, president of AEW and friend of the fighter, revealed that Moxley would take a break in his career to enter a rehabilitation program. The former AEW champion focused on overcoming his addiction and later returned to the ring.

The AEW president closed his message by giving all his support to Moxley, who will not return to the ring until he manages to overcome his addiction. “As a friend, I am very proud of Jon but like many of you, I am also a fan. I hope that time in the future will come soon where he can step into a ring again. Until then, respecting his privacy, thank you for supporting Jon,” he concluded.

Last year, Moxley had a series of agreed commitments with AEW and Game Changer Wrestling; however, they were put on hiatus for his treatment. Although in 2021, he was the current CGW champion, it should be noted that Moxley’s problems with alcohol date back several years. In an interview with Bleacher Report, the former WWE Champion confessed that he drank frequently in his youth before carrying out an ultraviolent match.

Key Tips to Define the Art of Body Building