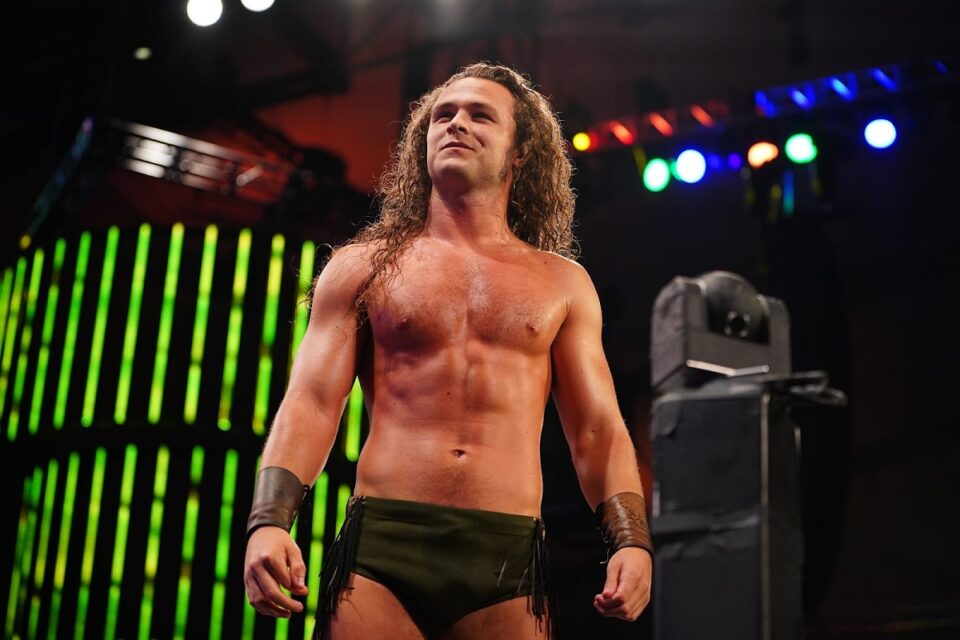 Los Angeles’s very own Jack Perry who is better known as Jungle Boy made his AEW debut at the first-ever Double or Nothing in a Casino Battle Royale match but was eliminated by Jimmy Havoc on May 25, 2019. Earlier that year, Perry signed with the new promotion All Elite Wrestling (AEW) after 4 years in the independent circuit making his professional wrestling debut at Underground Empire Wrestling. The American wrestler performing in All Elite Wrestling (AEW) is famous for his Tarzan-like looks, and there is a fun fact about how this would add to his final stage name! With that being said, let’s look at some interesting facts about his life.

1. He was named Jungle Boy indirectly by his own fans:

Beginning his independent career in 2015, Perry began by debuting at Underground Empire Wrestling’s 2015 West Coast Cruiser Cup under the ring name (wait for it)..Nate Coy. So, the nickname Jungle Boy was finally given to him when the crowd chanted about his outward resemblance to Tarzan.

2. Jungle Boy’s theme song was like a Christmas gift from Tony Khan:

Jungle Boy had been asked for a long time to have this song as his theme song on AEW and Tony Khan finally bought the rights to the song, which according to him was a Christmas gift for the fighter.

The song “Tarzan Boy” is by the Italian band Baltimora and was created in 1985, and just from the opening chords and the “Oh, oh, oh, oh” of the song, all of us Wrestling fans already know what will happen when Jungle Boy enters Dynamite with her.

The entire arena will sing “Oh, oh, oh, oh, oh, oh” and the use of this song could further cement Jungle Boy as one of All Elite Wrestling’s future fighters.

The song itself is from the most 80’s that can exist and its upbeat vibe is sure to help Jungle Boy be even more baby faced . Now we just have to wait for the arenas to be full again so we can hear thousands of fans singing this “Tarzan Boy”.

The Jurassic Express team ( a team consisting of Jungle Boy and Luchasaurus ) has been one of the most cherished of All Elite Wrestling since 2019, being Jungle Boy, whose real name is Jack Perry, son of actor Luke Perry, part of that team and one of the fighters that seem to have the most talent.

During an interview, Jungle stated that he could have been contracted to WWE, on one condition: the wrestler who then weighed 68 kg, needed to gain another 15 kg, approximately.

During an interview Jungle stated that he could have been contracted to WWE, on one condition: the  wrestler who then weighed 68 kg, needed to gain another 15 kg, approximately.

“I did extra work at one place, and the contract basically said, ‘If you gain another 15 kilos, we’ll give you work.’ It’s not going to work the way it is. I was upset, because it upsets me that this is the only thing that keeps me hanging. Because I know I can do a lot of things, and I think there are men bigger than me who aren’t as good and feel so good to be hung up on it.”

Jack Perry’s late father is a fan and this was confirmed when Jack said: “He loved it….It’s funny because my dad’s favorite fighter was Cody’s dad. And so this whole thing has been a cool sort of indirect experience of typing our families together. But he was a big supporter and he was really happy with the direction things were going. ”

This is a really positive thing for most wrestlers as it’s always nice when your family supports your career aspirations, for example, Jack was able to attend WWE SummerSlam 2009 with his father at the age of twelve. Suffice to say, Perry grew up as a wrestling fan.

In May 2019, Perry competed in a match in honor of his late father, defeating his father’s friend, actor and former WCW World Heavyweight Champion David Arquette.

5. The birth of the Jurassic Express:

In January 2019 the following month at Fyter Fest, Jungle Boy took on Jimmy Havok, Adam Page, and MJF in a four-way match, which was won by Page. On July 13 at Fight for the Fallen, Jungle Boy joined up with Luchasaurus against Angelico, The Dark Order (Evel Uno and Stu Grayson), and Jack Evans but The Dark Order ended up taking the crown.

In a quick way to find refuge Jungle Boy and Luchasaurus teamed up with Marco Stunt, creating a new faction called the Jurassic Express.

Jungle Boy took his first win in AEW On January 15, 2020, after Jurassic Express won against Strong Hearts (Cema, El Lindaman, and T-Hawk). In a winning effort, Jungle Boy defeated MJF on May 23 at Double or Nothing. On September 5 at All Out, Jungle Boy and Luchasaurus defeated the Young Bucks.

On May 30, 2021 at Double or Nothing, he won the Men’s Casino Battle Royale match and got a chance to compete for the AEW World Championship defeating Christian Cage in the finals. Thanks to this victory, he was able to challenge world champion Kenny Omega at Dynamite on June 26, where he would be defeated. Despite not being victorious in that title match, he continued to post wins on the Dark and Elevation editions, allowing him to become the first wrestler on the entire AEW roster to reach 50 wins. Because of this, he received an award from the company.

Other FAQs about Jungle Boy

Who is the Jungle Boy in All Elite Wrestling?

All Elite Wrestling helped launch the character of a pro-wrestler called Jungle Boy, wrestling in a Tarzan thong with his long, curly hair. In big leagues like WWE, Vince McMahon sometimes finds wrestlers with characters he wants to use. Other times, he decides the character and the fighter should act. Jungle Boy was in charge of his own persona. “That was all me when I came,” he said. “I reached out to these guys and they were happy with what I was already doing and supportive and kind of willing to push in the same direction. So, as far as that goes, it was all about me. ”

He is actually Jack Perry who spoke at the Television Critics Association panel for All Elite Wrestling. His personality is enticing in and out of the ring. Back in 2019, he was one of the new faces of All Elite Wrestling. “Well, for me, this is the first professional wrestling company I’ve ever worked for,” he said. “It’s kind of wild because for me it was the thing I’ve always dreamed of. And now I’m here and it’s happening. ”

Who is Jungle Boy’s girlfriend?

On June 28, 2021, Jack Perry revealed through social media that he is in a relationship with fellow AEW wrestler Anna Jay.

What is Jungle Boy’s height?

What is Jungle Boy’s weight?