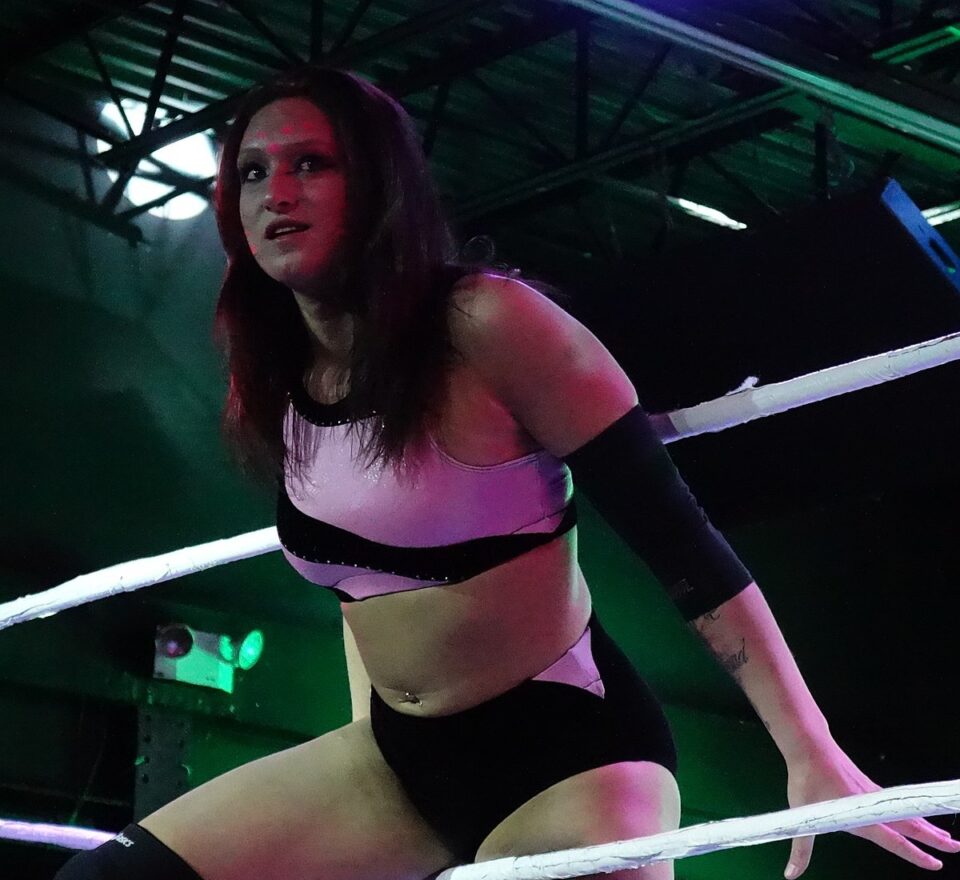 Kris Statlander began her professional wrestling career in 2017, being the first female graduate of Create A Pro Academy, which is led by former Raw tag team champion Curt Hawkins and producer Pat Buck. She has fought for promoters WrestlePro, Women Superstars United, and Beyond Wrestling. Then Kris Statlander made her AEW debut in a tag team match with Big Swole. When it came to her possibly joining the WWE, Statlander herself said that the company decided not to hire her due to her tweets, probably the one that brought her the most problems was a joke related to a school shooting. Even though she deleted it, WWE told her that they were going to call her, but it was a call that obviously never came. Want more juicy information about the wrestler? Just keep reading!

Kris Statlander: 12 Career Facts From Her NY Beginnings To The WWE Rejection!

Who is Kris Statlander?

Kris Statlander who was born as Kristen Stadtlander in August of 1995 is a professional wrestler from the US, better known as a female wrestler representing All Elite Wrestling (AEW). She is well known for competing in Beyond Wrestling, Women Superstars United, and other independent companies.

What day is Kris Statlander’s birthday?

Kris Statlander’s birthday is on August 7.

Kris Statlander is from the sign of Leo which suits her personality.

2. Kris Statlander left university because of this reason:

Kris entered college to become an athletic trainer, however, within a year of starting school, she didn’t like the degree and decided to drop out. Curiously, she left this and began a career as a stunt double, there while practicing this she contacted a former college classmate who guided her to enter a wrestling school on Long Island.

In 2016, she began her professional wrestling training with Pat Buck and Curt Hawkins at Create A Pro Wrestling Academy in Hicksville, New York after working professionally as a stunt double. Statlander became the first female graduate of the said company.

4. She was on Smackdown:

Kris is one of the many fighters who has gone through WWE and we have not realized it, in 2019 she played local talent together with Karissa Rivera (who is in NXT today) and they faced the then champions in WWE couples, the Iconics.

Many times we talk about the PWI ranking but sometimes we forget the ranking that another great magazine like Sports Illustrated makes. In 2019, the sports magazine ranked Kris as the sixth best fighter of the year.

Kris said that in AEW they told her that she would never share a screen with Orange Cassidy because their characters were very similar but despite all that when the two coincided in the BTE videos, the bright minds realized that they were eating a serious mistake and they decided to allow both of them to have time on television.

7. Where does Kris Statlander’s character come from?

The Martian said that her character is due to the fact that she is mainly a science nerd, in addition to being a very fan of Big Bang Theory, in fact, her final movements are Area 451 and Big Bang Theory, names that she gave them due to these two fanaticism.

In 2019, Kris Statlander said goodbye to independent promoters at the Create-A-Pro Santa’s Slay event in New York. At the end of her match, she addressed the audience while out of character and talked about how wrestling changed her life:

“I am not good with words and I have a hard time expressing my feelings. As you all know, I did not know anything about this profession before I started wrestling. In a strange way, wrestling saved my life and I would not be where I am now if I had not known all the people who work at Create-A-Pro, who turned me into this character. I just want to say to all my colleagues and each and every fan thank you for helping me get to where I am going now. I’m going to shoot myself at the moon, because that’s what aliens do.”

9. Statlander made her debut in professional wrestling on 14 June 2017:

At the time, Statlander competed in a struggle against intergender Joey Janela at an event for the company Beyond Wrestling, falling defeated in June. She made her last appearance in Create A Pro Wrestling, the company under which she trained on 20 December.

On 28 December at Windy City Classic XV of AAW Wrestling, Statlander managed to defeat Jessicka Havok to win the Women ‘s Championship which was an AAW first.

Statlander then made an appearance on WWE on SmackDown Live in April 2019, teaming with Karissa Rivera defeated against Champions in Pairs of WWE Women ‘s The Iconics (Billie Kay & Peyton Royce).

Statlander made her debut on November 27, competing in a tag team match alongside Big Swole against Riho and Dr. Britt Baker DMD on AEW Dark, where she and Swole would be defeated.

AEW announced that Statlander has signed with the company at the end of the year in December. Following her signing, on the December 18 episode of AEW Dynamite, Statlander defeated Baker to become the challenger for the AEW Women’s World Championship. On January 8 on Dynamite, Statlander was defeated by the champion Rihoafter interference from the Nightmare Collective (Awesome Kong, Brandi Rhodes, Dr. Luther & Mel ).

In the AEW Dynamite issued on May 13, she faced Britt Baker, Hikaru Shida, and Penelope Ford in a Fatal-4 Way Match for an opportunity to the Women’s World Championship AEW of Nyla Rose in AEW Double or Nothing, however, she lost to Shida.

11. Kris suffered an ACL injury during an episode of Dynamite:

Although she injured herself in June by March 31, 2021 Statlander made her return on Dynamite,  by appearing on a claw machine to attack Penelope Ford and helping Best Friends ( Chuck Taylor& Trent ) to defeat Miro and Kip Sabian.

Kris Statlander debuted and officially signed a contract after episode 7 of AEW Dark with the company in late 2019 and in 2020 she has had a couple of headline opportunities, without success. But Kris Statlander did not sign with WWE, here’s why:

Prior to her current run with AEW, Kris Statlander came close to signing a deal with WWE. While there was a report saying that the reason was having received a better offer from Tony Khan’s company, the truth is that it was one of the tweets she had made in the past that turned out to be a major obstacle in the deal.

Kris revealed on the AEW Unrestricted Podcast, that her social media posts in the past made it difficult for her to land a spot in WWE. According to the female wrestler, there was an incident near her school where a suspicious man was seen, and as a result, her university was closed. Later on it was identified that the man was only carrying an umbrella.

After that, Statlander tweeted her reaction to the entire incident, including ‘police’ in it. This got her tweet to be flagged and despite deleting it, the incident appeared when WWE was doing their background check which caused her contract with WWE to fall apart just before signing.

“I tweeted about how my old school was closed because the police thought a suspicious person was carrying a gun or a weapon at a gas station near the school. So my university was closed, but it was just a guy with an umbrella, I mentioned the police in the tweet”, she said.

“So when I answered and said, ‘hey, everything you said was inappropriate was removed, you shouldn’t be able to find anything. This was removed. “I think I deleted it, but I deleted it after I submitted the background check, so it was a bad moment on my part”, she continued about her unfortunate tweets that were perceived in a worse way than she had meant, while still admitting that it was inappropriate.