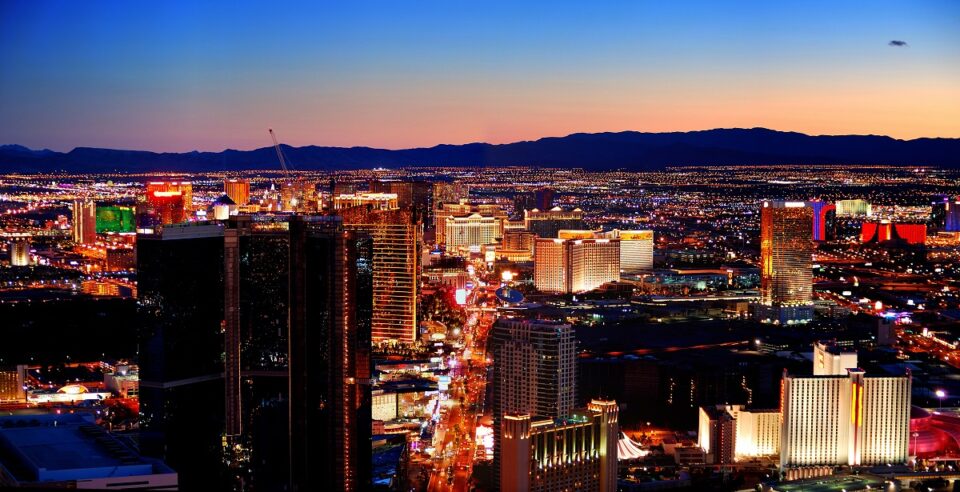 Las Vegas casinos are famous worldwide since they offer gamblers every possible game to test their luck. In every casino worldwide, there are some games that are common, but there are a few that are specific to the Las Vegas casino. Whether you are an amateur or a seasoned gambler, you will find a perfect place in Las Vegas to experience a vibrant and exciting gaming style.

Many new and posh casinos like Caesars Palace and Bellagio are some of the world’s largest casinos in Las Vegas that feature popular poker, slot machines and many video machines. On the other side, there is the Golden Nugget where you will find different types of table games Downtown. Apart from the unique gaming experience, exciting bonuses and rewards, the atmosphere and hospitality in the Las Vegas casinos make it a favourite destination for celebrities and popular names worldwide.

About the Las Vegas Strip

The Las Vegas Strip where you will find some of the largest casinos and resorts is a large stretch of Las Vegas Boulevard South in Clark County, Nevada. The strip is around 6.8 kilometres long and falls immediately south of Las Vegas city limits under the towns named Winchester and Paradise. However, the Strip is usually denoted as Las Vegas simply.

The high-rise buildings, luxurious hotels, popular casinos, entertainment zones and prominent brand outlets have made Las Vegas Strip one of the most popular and iconic tourist destinations in the world. The Strip is one of the largest economic supporters of the Las Vegas entire economy. Most of the region in the city is designated as an All-American road while the North and South Las Vegas Strip is called Nevada Scenic Byways and National Scenic Byways.

Las Vegas what we know today was very different in the past. It was not about resorts or gaming in the past, rather gambling was outlawed in many places. The casino industry in Las Vegas which boasts great tourism today has seen many ups and downs making history a complicated one.

Las Vegas is the Spanish term for the word ‘the meadows. The city got its name from a Mexican trader’s caravan who discovered this city as a good resting place while sharing the trade route between Los Angeles and Mexico. Las Vegas today was formerly a part of Mexican territory and the land passed to the US after the mid-1800s Mexican-American War.

The rest of the 18th century saw a rise in gambling in Las Vegas as it became the favourite pastime for traders passing through the route. However, the gambling laws were uncertain and mostly outlawed. Whenever the officials found gambling, they brought punishments on those participating in the game. But when the century came to an end, the laws changed and gambling was decriminalized.

Gambling outlaws and legalization in the early 19th century

Las Vegas enjoyed the decriminalization of gambling for a few years, but in 1909, many games were banned once again due to the Progressive Movement. This, however, did not stop many people from gambling and they played games illegally in backrooms from Reno to Las Vegas. With time, the government loosened the gambling laws and the game was back on the streets again.

Nevada’s government fully legalized Las Vegas in 1931, bringing massive changes to the city. This was the year when Boulder Dam was built. It is now known as the Hoover Dam. This brought several workers in the region who sought ways to relax, rising the gambling places’ demand.

The casino industry in the late 19th century

Once gambling was legalized, it got room to thrive. Many businessmen and investors found Las Vegas an interesting opportunity to attract tourists through gambling and casino. Thomas Hull opened the first hotel resort named El Rancho Vegas on the Strip in 1941. Thereafter, Bugsy Siegel, a New York gangster built a huge casino that dominated the entire region. He opened his casino in 1946 under the name Flamingo. However, Siegel was shot the next year but his legacy lived on with many other casinos popping up in the city.

Las Vegas in the 20th century

The second half of the twentieth century brought many populations to Las Vegas alongside new resorts and casinos. Howard Hughes and the Rat Pack gave a nice shape to the Las Vegas gambling industry from an outlaw wild west to a popular gaming zone. In 1966, Hughes stayed in the Desert Inn and purchased it along with many other hotels. Steve Wynn further designed megahotels in the region like his Mirage hotel which was the first luxury casino resort in the city.

Gradually, the place allured top brands making Las Vegas a shopping paradise, a golfing destination and a great place for foodies. Although Las Vegas saw a major downfall in the 2000s like the rest of the world, it regained its glory and growth. The city continues to attract people for ages and emphasizes new technology, renewable resources as well as surrounding natural features besides managing the casino industry excellently.

The impact of online gambling on live casinos in Las Vegas

In Canada and US, millions of people use mobile phones in which they play games regularly. Although everyone does not play casino games, it is still a significant number that casino providers target in their marketing. Considering how many people are drawn to mobile games, it is likely that they are also enjoying online casino games. Although live gaming experience and gambling vacations attract many tourists each year that visit the city, the rise in mobile technology and online casino markets may impact Las Vegas’s ages-old legacy.

Perhaps, the emergence of virtual and augmented reality has made more people move away from traditional live casinos to online casino games where they can play new games from their comfort zones. Nonetheless, many Las Vegas businesses are integrating with technology to remain competitive in the industry while some offer VR tools, lounge rooms and complete augmented reality-based games.

Ciryl Gane’s Career In 2022 Has Been Crazy! What Will He Do Next?

Golf Betting Rules and Strategies to Bet Like a Pro

Golf Betting Rules and Strategies to Bet Like a Pro

Pro Athletes and the Gambling Addictions