The Most Successful Sports Teams in North…

WWE: The Rise and Fall of John…

All About Alex Riley’s Strange End to…

Why Reilly Opelka ‘has the Potential to…

Who is Marlen P? Biography, Net Worth,…

Everything You Need to Know About Hiroshi…

Who Are The Best Finishers In Cricket?… 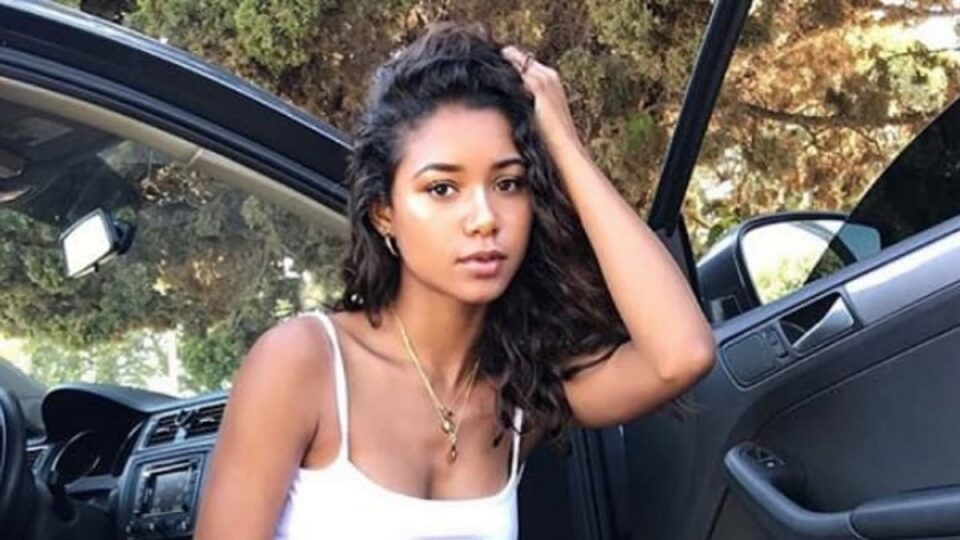 While Lonzo dated Denise Garcia ever since they were in high school, the relationship ran its course. Although the ex-couple has a daughter together, Lonzo Ball’s girlfriend according to his social media accounts is Ally Rossel. Prior to this new relationship, Lonzo was spotted with Instagram model Jasmine Rae. Let’s take a look at what happened between Lonzo and his baby mama Denise to understand why they broke up. In addition to that, we will confirm that Ally Rossel is Lonzo’s current girlfriend in 2022 using their social media posts for proof.

Proof That Lonzo Ball’s Girlfriend Is Ally Rossel In 2022

When Ball was traded to the Chicago Bulls, on August 8, 2021, no one thought that by October 22, Ball would have a triple-double with 17 points, 10 rebounds, and 10 assists in a 128–112 win over the New Orleans Pelicans which was his team from 2019 to 2021. As we know, the man who made his Bulls debut with over 10 points, six rebounds, and four assists is now healing from his meniscus tear. On January 20, 2022, after missing three games, the Bulls announced that Ball would undergo surgery on his left knee and miss 6 to 8 weeks. While the baller was busy with his recovery, he had the support of multiple women by his side (his mom, his baby mama, etc). But we can confirm the name of one special lady who is Lonzo Ball’s current girlfriend.

Lonzo Ball is no longer with Denise Garcia:

For over 3 years, it seems that things sizzled out between Lonzo Ball and his longtime girlfriend and mother of his daughter: Denise Garcia. After having her first baby in July, it seems that Denise was bound to go through a rough patch dating such a high-profile athlete. Infact, she did not hesitate to show it publicly. We say this because, on Instagram, Denise hinted that Lonzo is a careless father and also that she sees the basketball star less and less each day.

In a first direct she did on IG, a follower told Garcia to blink if the Lakers point guard is “a careless father.” The girl read the comment out loud, laughed, and proceeded to blink very carefully to laugh again with a friend who accompanied her on the broadcast. It could be a simple joke between them, but the truth is that it would not make much sense to leave Ball in such a bad place if there was not something true.

Another thing that added to this effect was when Denise also complained that she saw very little of the NBA player. During another live on Instagram, the ex-girlfriend of Lonzo said that she knows that her friend’s favorite song is ‘Let It Go’ because he “actually comes to see me twice a week”, the mother of Zoey Ball said while winking at the camera and alluding to never seeing Lonzo Ball.

While we may be speculating and trying to stitch a story together, the clues suggested that the relationship would break up at any moment.

According to the post made by the basketball star in February, his flourishing relationship with Ally Rossel, Ball is doing quite well. In fact, Ball and Rossel celebrated Valentine’s Day, and Lonzo not only uploaded a picture of him accompanied by Ally in a fiery red hot dress, but Rossel also CONFIRMED THEIR RELATIONSHIP when she shared these photos of her gifts on Instagram:

The evening that followed was also documented with elevator photos as the couple showed that the love is real between these two.

Rossel, for the uninitiated, is an Instagram personality who used to be Jordan Clarkson’s girlfriend. As of 2022, she seems to be boasting more than 160,000 followers on Instagram.

4 Other Interesting Things About Lonzo Ball:

Ball used to have a toss where he moved the ball from his left hip to the left of his forehead. He rotates his right elbow toward his chest until it reaches a 45 degree angle, as he shoots the ball toward the basket.

This rotary action led to Ball averaging just 31% from three-pointers in his two seasons with the Lakers. Ahead of the 2020-21 season, videos of his new form of shooting surfaced. He has been shooting in a more conventional fashion and averaged a 37.5% three-point shooting average since his first season with the Pelicans.

In February 2017, Lonzo Ball’s mother, Tina, suffered a stroke. The scary situation worsened as she was hospitalized for two months.

Lonzo’s mother, Tina Ball, (who his daughter Zoey is named after) was a former fellow basketball player.

The mother of the Chi-town NBA star first played prominently on UCLA’s Golden Eagles women’s basketball team where she interestingly met Lonzo’s father, LaVar Ball, during her days at UCLA and after a few years of a successful relationship.

According to our sources, Tina Ball currently serves as the athletic director at Vernon Middle School in Sinclair, California. She was always busy with her three kids – Lonzo, LaMelo and LiAngelo Ball after she wed their father in a small wedding in 1996.

In his spare time he writes lyrics on his phone, Lonzo also frequently goes to a studio to record music. Ball has said that he would be a rapper if Lonzo wasn’t an NBA player.

In September 2017, Lonzo recorded the first official rap single “Melo Ball 1”, which he recorded with Kenneth Page. He dedicated the single to his 16-year-old younger brother LaMalo. Within a month, Ball Lonzo released another single called “Super Saiyan”, which was a reference to the popular anime and manga Dragon Ball Z. In the track, the basketballer compares himself to the main character Goku.

The Chicago Bulls player was first drafted by the Los Angeles Lakers in the first round of the 2017 NBA Draft, second overall. He was selected to the All-American first-team roster before being drafted with the 2nd overall pick during the 2017 NBA Draft general selection phase. In 2018, he was named to the NBA’s Second Best Rookies. Prior to that, he played for the UCLA Bruins team, in which he was named to the All-American first team. Since then the American professional basketball player has accumulated an insane net worth of 35 million dollars. This money doesn’t just come from being a point guard.

He began his professional career not by signing contracts with major clothing suppliers Nike, Adidas and Under Armor, but by developing his own business and the Big Baller Brand.

Next, Big Baller Brand announced the release of Ball’s first running shoe, the ZO2 in 2017. The final price of $495 caused a wave of criticism from well-known figures in culture and sports, as well as in social media. In response to criticism, LaVar Ball (the controversial father of the Ball brothers) tweeted on May 4: “If you can’t afford ZO2, you’re not a BIG BALLER!”

In August 2017, LaVar Ball and his sons premiered on the Facebook Watch reality show: “Ball In The Family”. The Chi-town baller was one of the protagonists of the reality TV series Ball in the Family along with his father, who is a former American football player LaVar Ball, and Lonzo’s brothers LaMelo and LiAngelo Ball. Lonzo earned money for every appearance – six seasons long with 116 episodes.

Three years later, Ball took part as Whatchamacallit in the fourth season of the US version of The Masked Singer, in which he finished ninth out of a total of 16 places from September to November 2020.