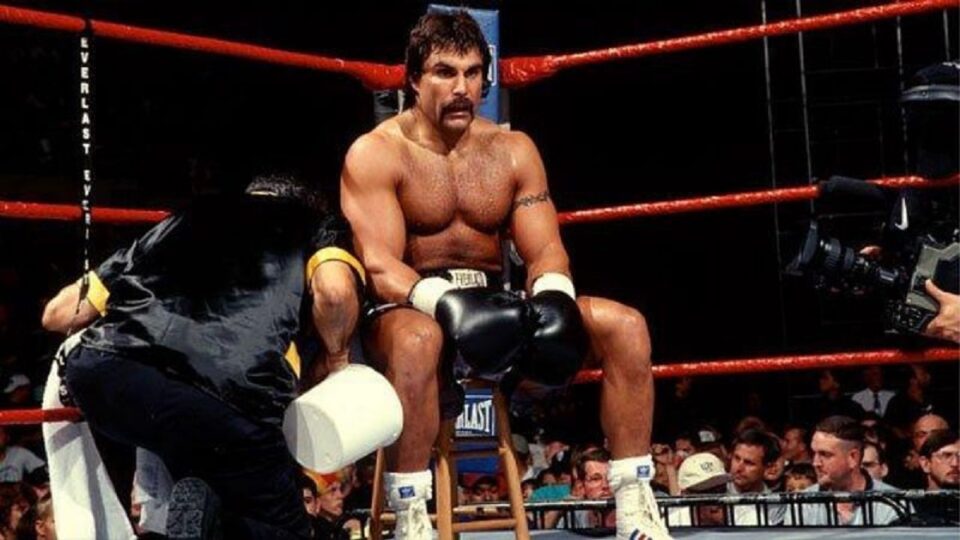 Marc Mero who appeared in WWE is now a retired professional wrestler. He is best known for his appearances in the World Wrestling Federation as Marc Mero and in Total Nonstop Action Wrestling and World Championship Wrestling under the ring name Johnny B. Badd. You may also know him for introducing Sable Wrestler, the female wrestler who he married.

In 1993, she was able to get into the WWE through Marc who debuted at WrestleMania XII as “Wildman” Marc Mero, they had a wild storyline and made a lot of money for the WWE franchise.

If you’re wondering where Marc Mero is now, the retired wrestler is dedicated to telling his story around the world and has helped thousands of people improve his life because he founded the non-profit organization Champion of Choices in 2007. During his conferences, Mero takes the opportunity to talk about his personal successes, as well as his failures. These have prompted him to have various life mottos such as “Never give up”, “Happiness is key to success”, or “I believe”.

Marc Mero Finds Happiness, Changes The Ways Of His Past

He wanted to kill himself at Christmas:

After the death of his brother, Guy, Marc fell into depression and when Christmas came he had no one to spend it with; his older brother was in prison for an illicit case and his older sister was on a drug overdose and on the verge of suicide.

Marc thought his only way out was death. He went to the bathroom of his house with a gun in his hand with the purpose of taking his own life, but he could not do it. His life couldn’t end in that manner and so he fell to the ground crying inconsolably as he asked God for forgiveness.

His mother worked two jobs and Marc was bullied at school:

Marc Mero grew up in a rough neighborhood in New York. He was raised by two amazing parents who took care of him the best they could with what little they had; his dad was his best friend and his mom was his hero.

The first painful event he had was the divorce of his parents. He was also verbally and emotionally abused at school for his old clothes and torn shoes. Marc dreamed of a better life and wrote all his dreams in a notebook. “I have always been a dreamer; I dreamed of a better life for myself and my family,” said the fighter in a talk at the River Run Church in the United States.

His mom worked two jobs to support her family. Marc could hear how she cried at night; that broke his heart. In his dream notebook he wrote materialistic goals because he believed that this would solve all his problems. One of his dreams was to become famous and rich enough to buy his mother a house.

He did everything it took to be champion:

Mero discovered boxing and began training hard to become a champion, but two weeks before his first professional fight he had an accident that completely destroyed his nose, leaving him unable to fight for a year.

“Sometimes, when you have a lot of free time, you are presented with many options and I started to make some very bad ones.”

Parties, drugs, and alcohol became part of the fighter’s daily routine because he mistakenly thought he had time and that he had a year left to return. He started dating for a couple of weeks, which then turned into months, and then into ten years.

His decisions not only impacted his career, he also began to treat his family badly, especially his younger sister, Andrea, and his younger brother, Guy.

Ten years later he was working building swimming pools in Florida and grew apart from his family. He didn’t even answer calls from his sister, Andrea, and he didn’t even bother to show up at her high school graduation.

“I gain fame, money, and sadness”:

Marc Mero achieved all the goals he wrote in his notebook of dreams ; He bought a house for his mother and another for himself, a car, a jet ski and many more things, among them: drugs. He thought that money would buy him happiness, but it didn’t.

Sadly, no one is immune to tragedies and it took Marc three to hit rock bottom. Andrea, the sister who sought and loved him so much despite his rejection, died of cancer and years later his 21-year-old brother, with a wife and a baby on the way, died from a blow to the head when he fainted two weeks after the death of his mother.

Marc, who is the author of “How to be the Happiest Person on the Planet”, reached the pinnacle of success in sports entertainment and then lost everything, but in the process he discovered the most important thing in life: in the face of ADVERSITY, no matter how many times you get knocked down, it’s about how many times you get up.

As we’ve seen over the years, Marc shares his captivating journey with audiences around the world, inspiring them to examine their life choices. Those who listen to him feel a great sense of appreciation for their relationships and “the gift of time”, being empowered to make a difference in their personal lives, in their career, at school, or in their community.

In his lectures, Marc Mero’s convincing message invites personal reflection, laughter, and tears, but more importantly, personal transformation by presenting serious current issues such as: bullying, pressure from parents and groups, abuse of illicit substances, and prevention of suicide. Students are touched and inspired to treat themselves and others with respect, dream big, achieve their goals, and have respectful relationships.

As the founder of the NGO Champion of Choices, Mero dedicates his life FULL-TIME to helping others be the “champion” they are meant to be. The retired pro-wrestler is proof that a person can do whatever they set their mind to!

The Secret Key to Get The Best From Athletic Training