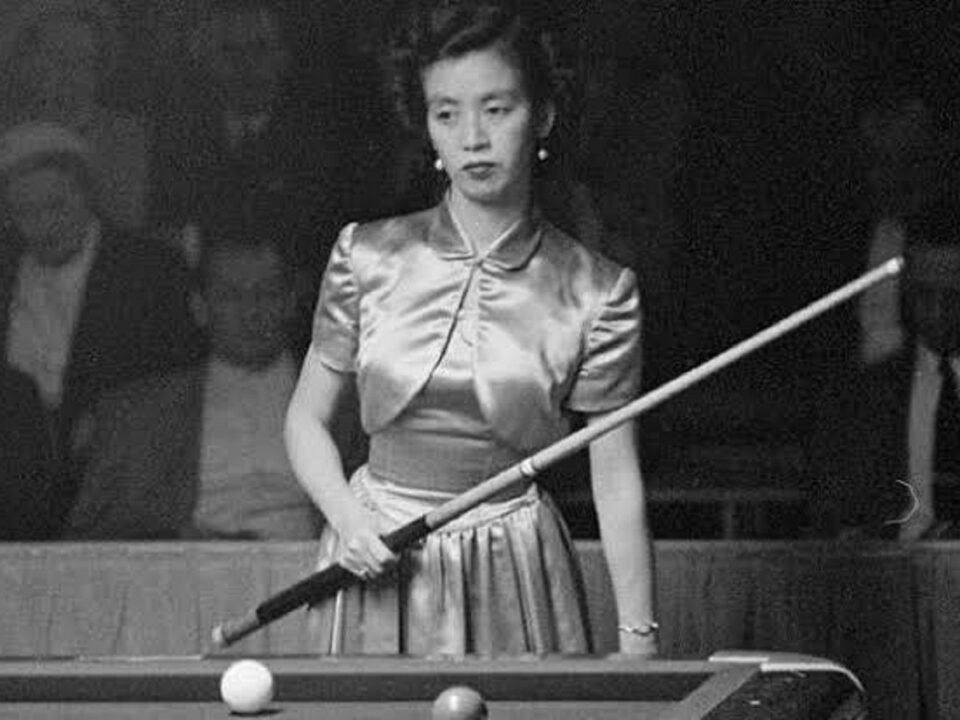 In the 1950s, Masako Katsura was among the most active billiard players who paved the way for women to compete and rank among the male-dominated professional billiards world. She learnt the game from her brother-in-law after which, she groomed herself under the tutelage of Japanese champion Kinrey Matsuyama. When most American billiard players believed that billiards was a game for men, Katsura came out of nowhere and proved them wrong. The press and media marvelled at Katsura’s novelty as a female player and her style while her competitors could not help but marvel at her gaming skills.

What made Masako Katsura play billiards?

Masako Katsura a.k.a. Katsy was born on 7th March 1913 in Japan’s Tokyo. Katsura had one brother and three sisters while her family was very conservative. She was the second born child of her parents. Her two younger sisters named Tadako and Noriko also learnt how to play billiards and started playing professionally. She revealed in one of the interviews that her mothers introduced Katsura to billiards.

Since Katsura was physically weak in her childhood days, her mother wanted her to play some sports and thus introduced billiards to her. But, Katsura’s father passed soon when she was just 12 years old. As a result, she was sent to her elder sister who lived with her husband Tomio Kobashi. Fortunately, he was a billiard player and owned a billiard house where he taught Katsura how to play the game professionally.

As Katsura’s game started to improve, she was sent to participate in competitions with Japanese male players. At 15, she played like a pro and started touring China, Japan and Taiwan for competitions accompanying her sisters. In 1937, her billiard career was boosted when she met Kinrey Matsuyama. He coached her about details and how she can become a higher-level professional in the game.

Katsura outperformed many male billiard players in the game and started taking part in public billiard exhibitions to encourage women to play billiards. One of the 1940s exhibitions became an iconic one when Katsura scored 10,000 points in a straight rail game in four and a half hours. Since the second world war hindered Katsura’s sports career a bit, she looked into other ways to boost it when the war was over. She played with American troops once and as a result, her fame spread across the countries. Katsura moved to California in 1951 and played billiards there. However, the USA was heavily male-dominated with no women taking part in the game. She made history in the 1952 World Three Cushion Billiards tournament and became the first woman to complete it.

Masako Katsura was also an author

Katsura wrote billiards-related books that were published in Japan. The World three-cushion championship competition was no longer held in 1961 due to a decrease in fan interest. However, Harold Worst, the defending champion since 1954, asked the Japanese great to a title fight in a move that grabbed worldwide notice. Unfortunately, Katsura lost six of her seven bouts against Worst. She kept a low profile after the game and was rarely seen, even in exhibition matches.

When Katsura played exhibition matches for the American troops, she met Master Sergeant Vernon Greenleaf, an American serviceman. Greenleaf was stationed in Japan and was very impressed by Katsura’s gaming skills. He asked her to teach him to play the game and it was then, that both of them fall in love with each other. Katsura and Greenleaf were married in 1950. Her husband was posted back to America shortly after the marriage and Katsura followed him. The couple settled in America and lived happily until 1967 when Greenleaf died. Sadly, the couple did not have any children, nor did Katsura remarry again.

To celebrate the Japanese player achievement, Google dedicated an animated Doodle to Katsura, widely known as “the first lady of billiards” on 7th March 2021. She made history on March 7, 1952 event when she became the first woman to participate in the international billiards championship. Her victory not just opened a new door for women to play billiards but also proved that women are capable of facing all odds even in the games played mostly by men.

Facts about Allison Stokke: A professional Athlete and a Fitness Model

Unknown Tips For Every Baseball Player