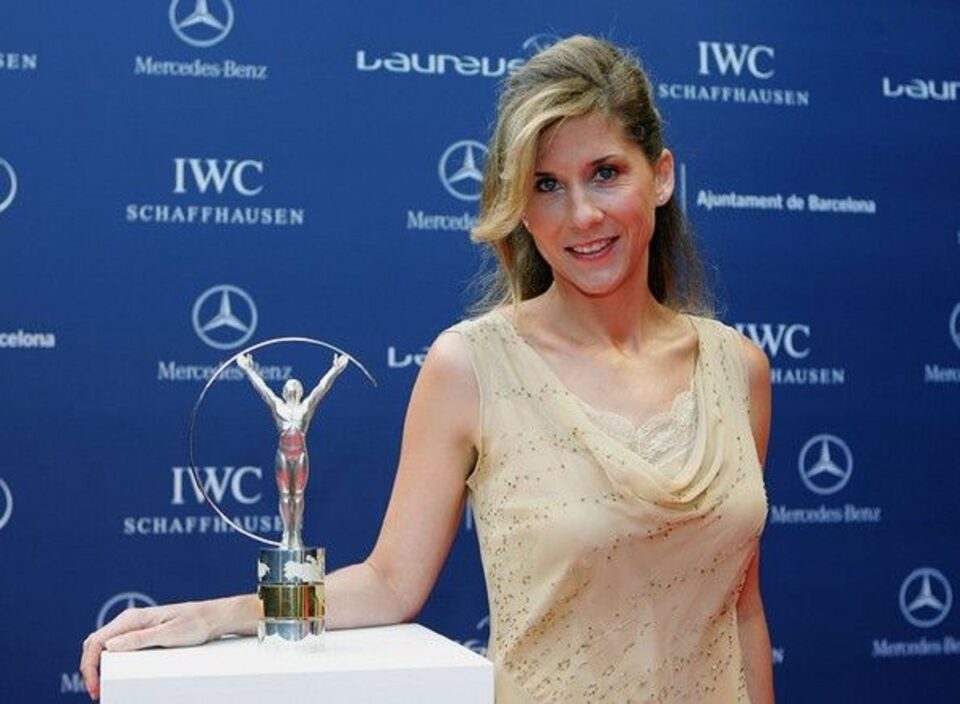 Monica Seles is one of the greatest female tennis players of all time. The fact that she is even considered so good is incredible because her career was cut short by an on court stabbing incident in Hamburg, Germany. She had already achieved a lot by that time and was expected to become one of the most successful tennis players of all time by the time her career was done. However, the stabbing derailed her career in a way that she was never truly able to get back on track. She did manage to build a successful career outside of tennis and it’s a testament to her great resilience and mental strength. Let’s find out more about her.

Monica Seles: All You Need to Know

When was Monica Seles born?

Monica Seles was born on December 2, 1973, in Novi Sad, Serbia (former Yugoslavia). She was inspired by her brother Zoltan and picked up the tennis racquet at the age of five. Finding her racquet too heavy, she would hold it with both hands, both backhand and forehand.

How was Monica Seles as a junior?

At nine, she accumulated victories without even knowing how to count the points. It was her father who told her if she won or not.

At 10, she became the European Under-12 Champion. Then, she won the Orange Bowl in 1985 in Florida. She was then spotted by trainer Nick Bollettieri and joined the Bradenton academy the following year. This is where her intense training begins. Monica Seles is known for being the first ever slugger in the history of tennis.

At 14, she entered the WTA (Women’s Tennis Association) circuit in Boca Raton. She took out Helen Kelesi and wowed people with the power of her groundstrokes.

In 1989, she made her debut as a professional player. The same year, she won her first title in Houston.

A month later, Monica Seles was discovered by the whole world at Roland-Garros. In the semifinals, she found herself facing Steffi Graf. The rivalry between the two women was born. Monica Seles also broke into the WTA Top 10 Rankings for the first time.

Why did Monica Seles leave her tennis academy?

She left the Bollettieri academy after her father criticized her trainer. She went on to win five tournaments in a row and won the French Open 16 and a half. A feat never equaled on Parisian clay.

When did Monica Seles become the World Number One?

In 1991, during the Australian Open, Monica Seles saved a match point in the semifinals to then win the event against Jana Novotná.

At 17, she became the youngest number one in the WTA rankings since 1980.

Subsequently, she forfeited Wimbledon and disappeared from the competition without explanation.

His silence sparked rumors and cost her a $ 6,000 fine from the WTA.

She was subsequently fined $ 20,000 for participating in a lucrative exhibition in New Jersey and prejudicing an official competition.

The International Tennis Federation (FIT) forbade her to play in the Barcelona Olympics.

How did Monica Seles bounce back from her fine?

After all her adventures, Monica Seles seized the US Open and achieved the little slam. In 1991, she became the highest paid sportswoman of all time.

The following year, she defended her three Grand Slam titles. At Wimbledon, she lost to Steffi Graf and her Grand Slam dreams flew away. She made up for it at Flushing Meadows and then earned her third Masters.

Monica Seles was voted the ITF World Champion, WTA Player of the Year and Associated Press Sportswoman of the Year.

When was Monica Seles stabbed?

In 1993, Monica captured her third consecutive Australian Open. At 19, it was her eighth Grand Slam trophy.

On April 30, 1993, Seles hastily entered the Hamburg tournament. As she led her quarter-final, spectator Günter Parche crossed the security barriers and stabbed her in the back. Parche explained that he was a fan of Steffi Graf and that he wanted to help her regain her place as world number 1. He was labelled clinically insane by experts and as a result, he served less than two years in prison. Seles, who had won eight grand slams by the time she was just 19.5 years old, never managed to put her career back to that legendary level after the stabbing. Many fans and pundits believe that Monica Seles would’ve become the greatest female tennis player of all time if she hadn’t been stabbed.

What happened to Monica Seles after her stabbing?

Monica Seles then forfeited Wimbledon and followed the advice of Bob Kersee, a coach to speed up her recovery. Although the scar of his assault is superficial, the psychological trauma runs much deeper. Almost all of his peers refused to vote in favor of maintaining her ranking.

Living with an eating disorder, she lived in her residence in Florida, alone and extremely depressed.

Monica Seles returned to Atlantic City in 1995. After that, the WTA handed him the title of “world co-number 1”.

She honored this title by winning the Toronto Open. She then failed in the final of the US Open.

In January 1996, she won the Sydney tournament before winning the Australian Open. In the same year, she wrote her autobiography “From Fear to Victory”.

Monica Seles: Struggles during her return

Once again one of the best and having won the empathy of the public, Monica Seles was unable to regain her authority in the game. The mental toll that the stabbing took on her was extreme.

She was injured on a regular basis and was prone to being overweight. Steffi Graf, her main competitor, surpassed her in the rankings.

In 1998, three weeks after the death of her father, she signed her last contract. She reached the Roland-Garros final in 1999 and the Australian Open.

In 2003, a fractured left foot due to stress handicapped her and earned her premature elimination in the first round of the French Open. This ended up being her last match and she eventually announced her retirement from the sport in 2008.

What has Monica Seles done since retiring from tennis?

In 2008, Monica Seles participated in “Dancing with the Stars”.

She also wrote and published her second biography “Getting a Grip”. She talked about her struggle with depression and overeating. In 2012, she participated in the presentation of the Suzanne-Lenglen Cup and announced that she had regained control of her life. Writing saved her.

In 2010, she signed with Bloomsbury, an English publisher to publish “The Academy”. This is a series of children’s novels telling the sporting and sentimental stories of a group of young champions. The first volume was released in 2013 and the second and last in 2014.

In 2015, she became the spokesperson for Shire, a pharmaceutical company that launched a drug against binge eating disorder.

This great player, after having lived the worst drama and the greatest fear, managed to get up and overcome her depression. Monica Seles’s story is one of true grit and perseverance.