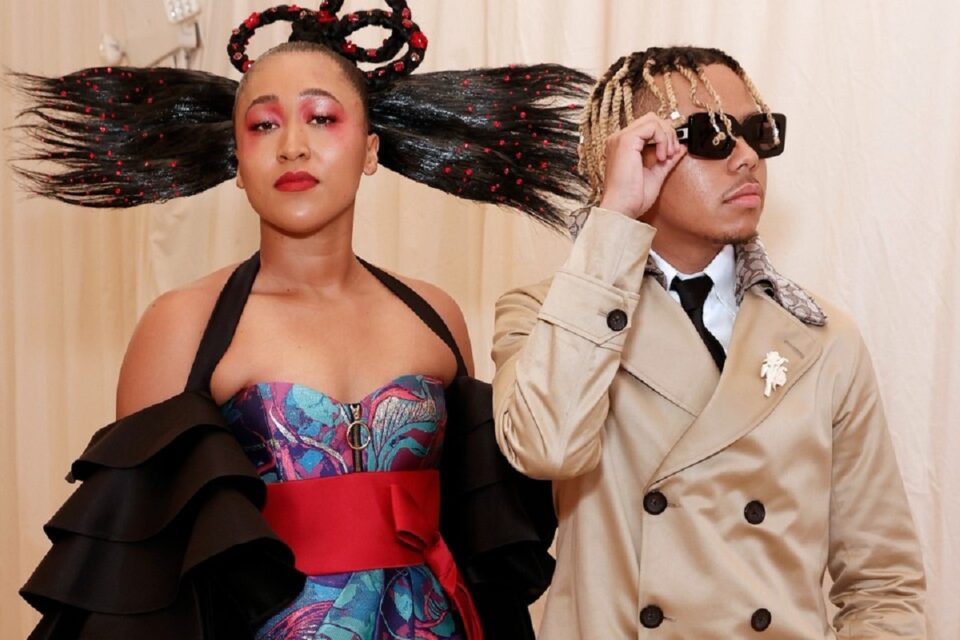 The four-time Grand Slam champion Naomi Osaka is already preparing to partner with her agent, Stuart Duguid to form her own sports agency, Evolve but at the same time, the Japanese player is enjoying moments to remember. Most enticing was Naomi Osaka’s boyfriend, the rapper Cordae and the relationship between the two.

Naomi Osaka’s Boyfriend: 10 Things About The Rapper Cordae You Need To Know!

Naomi and American rapper Cordae are a serious couple who are still going strong. He is more known mononymously as Cordae although his former names included YBN Cordae and Understand.

The American rapper and songwriter gained massive popularity thanks to his remixes of hit songs like Eminem’s ‘My Name Is’ and ‘Old Niggas’. J. Cole.

2. Cordae Dunston is from Maryland:

As opposed to his girlfriend, Japanese professional tennis player Naomi Osaka who was born in Japan, Cordae grew up in Suitland, Maryland.

He was born as Cordae Dunston and Naomi Osaka’s future boyfriend used to work at TGI Fridays in Baltimore, though the future rapper said in an interview that he didn’t like this job because he was “destined to do something bigger.”

As a child, rapper Cordae had been interested in music thanks to his father who was always playing classic hip hop around him, by artists such as Rakim, Big L, Nas, and Talib Kweli.

Naomi Osaka’s boyfriend began writing rap music around the age of fifteen, but did not take it seriously as it was just a hobby for him. Following the influence he gained from the music his father listened to, he researched certain artists through YouTube, trying to find similar music and “getting lost” in the recommended videos section.

Soon a young Cordae Dunston began to gain more interest in pursuing a rap career as he got older, but he focused first on his own education, although writing lyrics often distracted him from his studies.

4. He is a Grammy-nominated rapper:

Cordae has come a long way since flipping burgers at TGI Fridays when he was about to graduate from high school in 2015.

After the future rapper graduated, he decided to go to college at Towson University, then left college because the rapper dropped out in 2018, explaining that he did it mainly for his mother’s happiness. as a first-generation student.

Explaining that music was “bigger than him”, he moved to Los Angeles soon after and in 2018 as part of the collective YBN, he rose to prominence until had his solo breakthrough the following year with the solo album The Lost Boy. The following year was also the same time that he was nominated for two Grammys: one for Best Rap Song for “Bad Idea” and one for Best Rap Album for his debut album The Lost Boy.

Lost Boy included the songs Bad Idea with Chance the Rapper and RNP with Anderson Paak, which appeared as singles. For RNP he got gold again. Ty Dolla Sign, Pusha T and Meek Mill were also featured on the album. While it didn’t top the charts at #13 on the official charts and #6 on the rap charts, it was also successful in Europe and Australia. The album was also critically acclaimed.

Until recently, Cordae was actually part of the YBN Collective, which he joined in 2018 when he was 21 years old. Naomi Osaka’s boyfriend befriended Nahmir and Almighty Jay and formed the collective YBN (which stands for “Young Boss Niggas”).

While in the group, which was formed by YBN Nahmir, the YBN Crew released YBN: The Mixtape together in 2018, before disbanding in 2020 to work on solo projects.

Cordae went by the name YBN Cordae in this group (each with YBN as a suffix).

YBN: The Mixtape became an instant hit, peaking at #21 on the US album chart and going gold. In August 2020, Cordae left the YBN collective and released the single Gifted featuring Roddy Ricch as the first song for a second solo album.

Cordae once revealed during an interview that he first met Naomi at a Los Angeles Clippers game. “I didn’t even know who she was,” he admitted.

According to TMZ Sports, Naomi and Cordae got together around April 2019, although they didn’t make a public appearance together until December 2019, when they returned to a Clippers game, this time as a couple.

As of 2022, Cordae probably considers himself a tennis fanatic these days or at least a fanatic of his girl Naomi Osaka.

When she won the 2020 US Open, the rapper was very supportive of his girl as he was by her side. Constantly posting about her, could also be seen showing off Naomi’s three Grand Slam wins following her win.

Similarly, Cordae has become a great support for Naomi, especially since she has tried to take care of her mental health by getting away from the noise of the different competitions and tennis tours. And it is that she has always given the impression of not being comfortable under the spotlight of the masses and the media. In fact, she herself has admitted that she does not have the ability to address large audiences beyond the field.

The tennis player has already revealed the gestures her boyfriend offered, for example, what he did during the 2020 US Open: “He stopped everything he was doing because I FaceTimed him a couple of days before and said I was feeling sad and lonely in the bubble. I later found out he got on a flight and flew shortly after that call and was quarantined for two days in a hotel so he could see me,” Naomi described to People magazine.

8. Cordae Dunston and Naomi Osaka show off their love:

The couple began their relationship at the beginning of 2019, but in recent years they have been able to spend much more time together thanks to the fact that the tennis player took off half of the calendar. Thus, we have been able to see them together in numerous videos on social networks and also making stellar appearances, such as the one they made last December in the stands of the Staples Center in Los Angeles to watch the Lakers game against the Phoenix Suns. Both enjoyed themselves in the front row, she dressed in a leopard dress and Louis Vuitton bag and he in a gigantic Gucci jacket.

For Cordae’s 23rd birthday in August, Naomi penned down the following caption in 2021:

“I always feel so lucky to be in your life and continually learning from you,” she said. “I’m so grateful that I can talk to you about anything and ask for your advice (because you know I need all the help I can get lol). I love that you lie down and wait for me to go to sleep to go record. Etc because the list is endless.. I hope you’re having the best birthday, I’m sorry I can’t be there but I’ll make it up to you? Happy 23rd I love you @cordae ❤️.”

Naomi is known for using her platform to support the Black Lives Matter movement and her boyfriend is no different. In July, following the murder of Breonna Taylor, Dunston participated in a Black Lives Matter protest in 2016, rapping into the crowd about the struggles he faced and the issues he had been noticing in his community.

In July 2020, Dunston traveled to Louisville, Kentucky, to join protesters at a protest outside the home of the Kentucky attorney general until he was arrested, along with 86 other people including the professional football player Kenny Stills.

Naomi Osaka’s boyfriend Cordae Dunston currently has 2.3 million followers on Instagram which is not surprising because Cordae’s music sets him apart from today’s new generation of rappers. He’s building a solid buzz day in and day out and letting the world know that his bars and rhymes are ahead of his time. You can find evidence of that in his music videos for “Old N*ggas”, “My Name Is” and “Kung Fu”, all of which have over 5 million views on YouTube.

Naomi Osaka was eliminated from the Australian Open of 2022 at the hands of Amanda Anisimova.

How Many Languages ​​Does Naomi Osaka Speak?

Officially, Naomi Osaka’s first choice amongst her list of known languages is English.

​​Naomi Osaka speaks Japanese with her mother and interestingly, in the past, she took questions in her post-match interviews in Japanese and answered them in English, indicating that she understands the language to a great extent. In the past, Ella Osaka explained that although she can speak the language, she cannot fully express herself as she would like.

How Old Is The Tennis Player Osaka?

Where Was The Tennis Player Osaka Born?

How Much Does Naomi Osaka Weigh?

Naomi Osaka’s weight is around 69kg.

How Tall Is Naomi Osaka?

How Much Does Osaka’s Racket Weigh?

What Racket Does Osaka Use?

How Much Money Has Naomi Osaka Made?

Naomi Osaka is a Japanese professional tennis player. Just two years ago, Forbes estimated her income to be: $37.4 million in earnings in May 2020.

Who Is Naomi Osaka’s Father?

What Happened To Naomi Osaka? Why Was She Eliminated?

Japanese tennis player Naomi Osaka has been in the spotlight due to her depression and anxiety problems, something she made public at Roland Garros in 2021: “long episodes of depression”, which made her take a break from tennis. For example, before the French Open in 2021, Osaka declared that she was uncomfortable with the media contingent because it disturbed her concentration and psyche.

On March 12, 2021 Naomi Osaka was eliminated in the second round of Indian Wells against Russian Veronika Kudermetova in a match in which she broke down crying during the tennis match following her negative experience with insults from the stands.

How Much Does Naomi Osaka Earn?

Osaka, who earned an award for the second consecutive year, is the queen of women’s sports with earnings of 57.3 million dollars, of which only 2 million came for her merits on the track.

Who Is Number 1 In Women’s Tennis?

In 2022, Iga Swiatek from Poland boasts a WTA Ranking of the top female tennis players based on ranking points.

The 2021 season, marked for the second consecutive year by the COVID-19 pandemic, ended with the Australian Ashleigh Barty at number 1 in world tennis.

On the other hand, Naomi Osaka is the winner of four trophies in Grand Slam tournaments, two in the U.S. Open (2018 and 2020). Naomi Osaka also brought home two more victories for her country at the Australian Open (2019 and 2021). Osaka holds seven WTA titles, and she is even ranked 1st in the world.

What Does The Word Osaka Mean?

The definition of Osaka in the dictionary is a port in S Japan, in S Honshu on Osaka Bay which is Japan’s third-largest city. It is also a University or; an industrial and commercial center.

Naomi Osaka is an aggressive baseliner who could hit forehands at 160 km/h from the age of sixteen.

The first Asian player to hold the top ranking in WTA’s singles has great power, especially on her forehand and her serve.

Osaka could produce a serve that can go up to 200 km/h, making her one of the ten fastest waitresses ever recorded in WTA history. Thanks to this power, Osaka is able to chain winning shots and aces. She is also capable of winning long rallies, which is another great strength of hers.