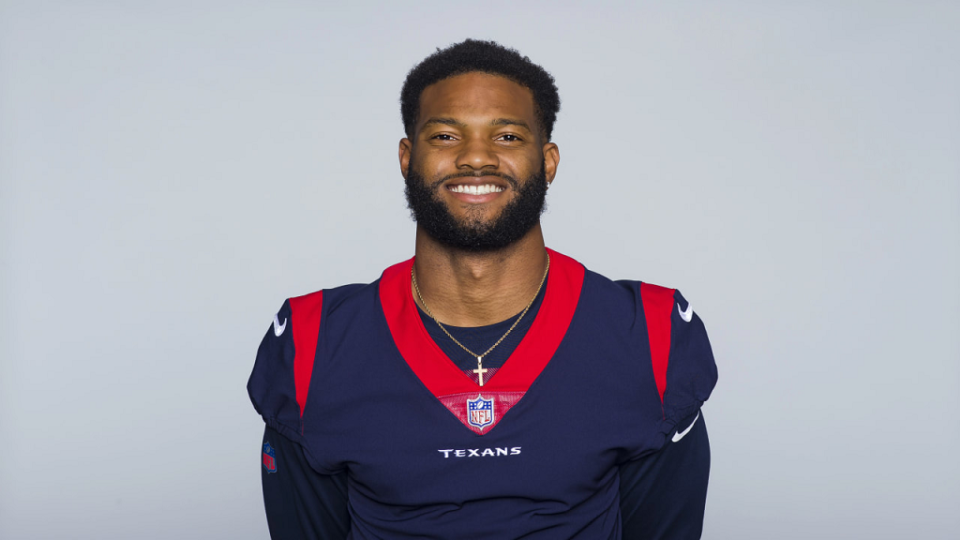 The Texans are encouraged by rookie Michigan wide receiver Nico Collins using his size and athleticism. Here are 6 interesting things about his life.

Nico Collins: 6 Things To Know About The Wide Receiver

In Pinson, Alabama, the young footballer was a wide receiver at Clay-Chalkville High School

The American football wide receiver caught 60 passes for 1,103 yards as a junior for 16 touchdowns, followed by a senior year with 43 passes for 865 yards and 9 touchdowns.

Nico Collins was committed to playing football at Michigan over Georgia and Alabama in February 2017.

Although the rookie wasn’t a big factor in the passing game during his first NFL regular-season contest, the imposing 6-foot-4, 215-pound played 55 snaps and provided some strong run blocking for an offense that piled up 160 yards on the ground and two touchdown runs.

The Alabama native since training camp has made consistent progress when coach David Culley was seeking more consistency. But at NRG Stadium, the American football wide receiver caught only one of three passes thrown to him during a 37-21 win over the Jacksonville Jaguars. Despite this, his coach said: “He did a nice job.”

3. His coach says he is very mature:

Coach David Culley stated that Nico Collins has been progressively getting better each day from training camp all the way through the preseason. You could just see that in him, he stated.

He says that the footballer is very mature for a rookie and never says a word saying he doesn’t even know he’s out on the football field until he sees him make a play. But for the footballer to go out there when we needed to have something happen for us, he did it”, coach Culley continued.

On May 12, 2021, Collins officially signed with the Texans as a wide receiver who can go up and get the football and defeat press coverage to gain separation on deep passes.

The footballer born in 1999 ran the 40-yard dash in 4.43 seconds and dominated the Big Ten Conference with a 19.7 average per catch in 2019, finishing with 37 receptions for 729 yards and seven touchdowns which made Texans wide receivers coach Robert Prince say: “Really liked his size, liked his speed. He also said that Nico plays physical, has a large catching radius and also mentioned that it was something to add to our receiving corps.

The American football wide receiver opted out of the 2020 season due to COVID-19.

The Alabama native has a knack for boxing out smaller defensive backs and knows how to utilize his physical style to gain leverage.

“How I feel about Nico, this guy doesn’t look like a rookie to me,” veteran wide receiver Brandin Cooks said this offseason. “You talk about a guy who’s out there that’s coachable and is able to pick up things pretty fast. You love to see that from a young guy, a guy who is explosive with natural hands and I look forward to continuing to work with him and seeing him grow.”

Since his junior year, the footballer has lost 15 pounds when he played at roughly 230 pounds. A former four-star recruit, the American football wide receiver was noticeably quicker and faster at the Senior Bowl where he boosted his draft stock.

Unknown Tips For Every Baseball Player