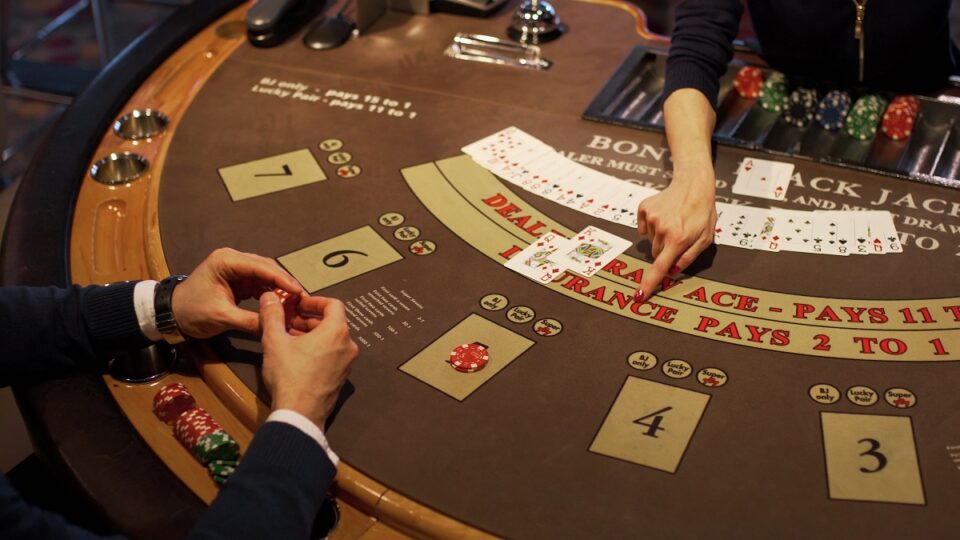 Many pro athletes earn a lot of money because of their salaries and brand endorsements. With such money, enjoying gambling is feasible. And when things go out of control, the athletes run into financial issues and a bad reputation. This situation damaged many reputed athletes’ names when the news headlines revealed their gambling addictions. Many have even gone far as committing criminal acts to satiate their gambling habits. It can be their lavish lifestyle of peer pressure which is why some seriously big names got dragged into scandals over the years. From Michael Jordan to John Daly, look upon the names of pro athletes who had a gambling addiction and scandals that came into the limelight because of their gaming trouble.

Jordan is one of the pro athletes popular worldwide because of his excellent on-field record. In 1993, though, he was found gambling in Atlantic City just the night before he had a game against Knicks. He admitted to having lost 165,000 dollars because of the game. A San Diego businessman Richard Equines claimed that Jordan owed him 1.25 million dollars after he lost the game of wolf. He now lives a retired life and hardly participates in high-stake games. Currently, he is the owner of the Charlotte Hornets NBA team.

Charles Berkley was a good friend of Michael Jordan and began gambling just like him. He told the media in 2006 about his 10 million dollar losses due to gambling addiction. This includes a $2.5 million in 6 hours while he played blackjack and Super Bowl gambling. After admitting the losses, he was sued by The Wynn in Las Vegas two years later for $400,000 for an unpaid gambling amount. Barkley declared publicly that he will not gamble anymore but people still suspect his announcements though.

Yet another pro athlete and a renowned hockey player Jaromir Jagr starred for the Pittsburgh Penguins, New York Rangers, Washington Capitals, Dallas Stars, New Jersey Devils, Philadelphia Flyers and more during his NHL career. His name came as a surprise when it was discovered that Jagr owed $950,000 to an online gambling site. The Czech lost this big money when gambling from 1998 to 2002. He owes $500,000 to Carib Sports which agreed to pay him in monthly instalments, however, the company exposed his debts when Jagr stopped paying it. Financial issues for Jagr continued when he was fined a $3.27 million lien against unpaid taxes by the Internal Revenue Service (IRS). He sued his accountant for not completing his tax returns which could have saved him $6 million. Fortunately, Jagr had stopped gambling but his story gave the internet big sensational news for a long time.

Hornung or ‘The Golden Boy’ is a former football player who had played for the Green Bay Packers from 1957 to 1966. Unfortunately, he gained a reputation apart from being a pro athlete i.e., a gambler whence it was found that Hornung frequently gambled at the Kentucky Derby and in Las Vegas casinos. The League also found Hornung’s NFL betting sessions and banned him consequently. Before retiring, he was allowed to play for three more seasons in 1964.

Since 1989, every significant scandal involving sports gambling has and will continue to mention Pete Rose, who is still suspended from baseball and the only living individual who is barred from the Hall of Fame. Although the controversial Dowd Report concluded there was no proof that Rose bet against the Reds, years later, investigator John Dowd revealed that he believed Rose may have gambled against his team, jeopardising the integrity of the game with his actions as the manager of the Reds. Rose’s most significant revelation to date is that he wagers on the Reds “every night.”

A notorious player and a spendthrift, Floyd Mayweather never fail to admit how he spends cash on unnecessary things across all the social media channels. From high fashion to expensive cars, Mayweather shares them all apart from his gambling habits. He is not shy at all and often reveals his gambling skills on social media. Although, we know that he hides those which he loses for sure. To date, Floyd’s gambling addiction has not been troublesome for him. Instead, he stacked millions of of dollars in his bank account because of it, as reported by Floyd himself.

Art Schlichter is yet another pro athlete who lost a notable amount of money in gambling during his addiction’s beginning stages. By 1982 end, he was $700,000 in debt and became the first NFL player suspended for gambling since Karras and Hornung. When his NFL career was over, Schlichter was arrested for being involved in sports betting in 1987. He committed more than 20 criminal acts in his lifetime and was eventually restored to forgery and fraud for his livelihood.

Rooney had been an international soccer star for many years but gambled around 1 million pounds. He owed 700,000 pounds as a result of gambling when Rooney was just 20 years old. He used to bet upon hounds, horses and poker along with his business associate Michael Owen. It was reported that he lost 65,000 pounds in just 2 hours when he gambled in a Manchester casino. Although Rooney claims that he had stopped betting or gambling, his earnings and annual salary show that he earns from someplace else to maintain the habit.

A-Rods involvement in the poker game had developed a big concern for Major League Baseball when they found his involvement with cocaine. The league suspects his involvement with baseball betting even. Throughout his career, Rodriguez had gone through many controversies on and off the field. This has earned him a nickname, A-Fraud. However, Rodriguez had admitted to his gambling addiction and when his wife Cynthia, a psychologist donated $200,000 to a mental health program in Washington in 2005, Rodriguez revealed that counselling had helped him a lot.

The pro athlete Tocchet has worked as a coach, television analyst, and bookmaker since hanging up his skates in 2002. The last endeavour earned him a two-year probationary period and an NHL leave of absence. He was one of the main financiers of a national sports gambling ring operating out of New Jersey that numerous active NHL players utilised, according to a criminal complaint. It was handled by James Harney, a former state trooper from New Jersey, as well as James Ulmer, and saw an average of over five bets each day for around $5,000. More than $1 million was exchanged within the ring overall.

John Daly, a famous American golfer admitted that he lost between fifty million to sixty million dollars in his 12 years career. His unique personality mixed with his gambling addiction was news hard to take. In an interview, Daly claimed that he plays seven simultaneous blackjack hands for $5K, and $15k slot machines. With such a striking number, we can say that the golfer does not regret gambling. Although he admits that he lost some money because of his ‘stupidity’, he looks at gambling differently and as fun.

Best Sports Betting Apps in the US in 2022

Betting on Horse Racing- Rules, Tips and Other Information