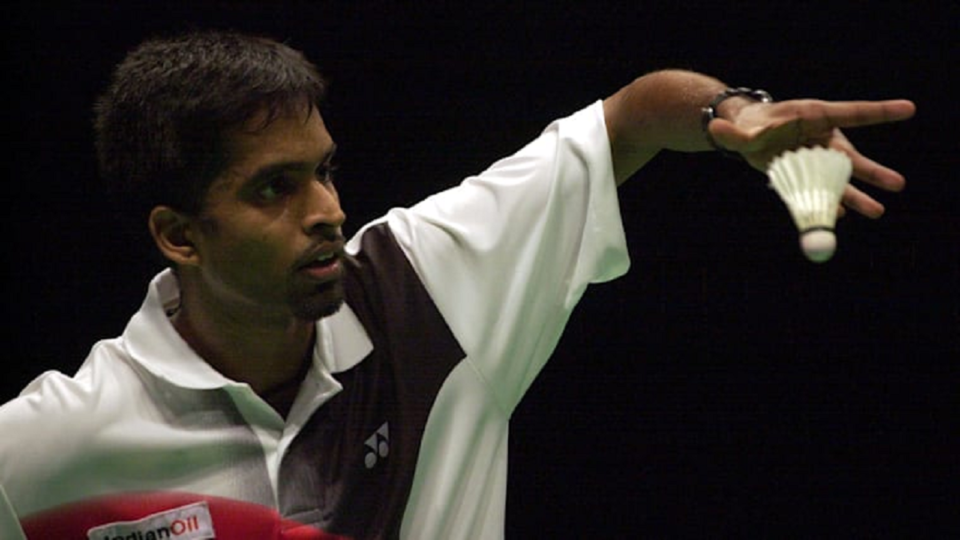 Pullela Gopichand is one of the greatest sportspersons in Indian history. Aside from being an All England badminton champion himself, Pullela Gopichand has also had a stellar career as a coach and a mentor to some of India’s best badminton players. PV Sindhu, Saina Nehwal and Parupalli Kashyap have all honed their chops in Pullela Gopichand’s badminton academy. Let’s find out more about the legend.

Pullela Gopichand: All You Need To Know

When was Pullela Gopichand born?

Pullela Gopichand was born to Pullela Subhash Chandra and Subbaravama on 16 November 1973 at Nagandala in Prakasam district of Andhra Pradesh. Initially, Pullela Gopichand was more interested in playing cricket, but later his elder brother Rajasekhar inspired him to play badminton. He studied at St. Paul’s School and when he was only 10 years old, he was obsessed with the game of badminton.

When Pullela Gopichand was 13 years old in 1986, he had to face the problem of a nervous breakdown. In the same year he won the singles and doubles titles in the inter school competition. Without being deterred by the injury, he returned quickly and reached the final round of the Junior Badminton competition of Andhra Pradesh state. By the year 1988, when he completed his schooling, Gopichand had established himself in the field of Badminton. He joined A.V. College, Hyderabad and obtained a bachelor’s degree in Public Administration. He was the captain of the Indian United Universities Badminton team in 1990 and 1991.

Pullela Gopcichand did his initial training in Andhra Pradesh and his coach was M. Arif, after which Prakash Padukone signed him up in BPL Prakash Padukone Academy. Gopi also received training from Ganguly Prasad at SAI Bangalore.

Who is Pullela Gopichand married to?

Pullela Gopichand started playing for the country from 1991 when he was selected to play against Malaysia. After that he represented India in Thomas Cup three times (1998-2000) and participated in World Championships several times.

He has made India proud by winning many tournaments. He won gold medals in the SAARC tournament in Vijayawada in 1996 and Colombo in 1997. In the Commonwealth Games, India got silver and bronze medals in the midst of tough competitions. He was widely praised in the ‘Grand Prix’ events of Delhi in 1997 when he defeated good players one after the other and entered the final. Although he lost in the final, only Pullela Gopichand was named among the Indian players for badminton in the 2000 Sydney Olympics. After the retirement of Prakash Padukone, there seemed to be an absence of any world class badminton player from India. Then came Pullela Gopichand who showed limitless possibilities.

Which is Pullela Gopichand’s greatest triumph?

In the year 2000, when Gopichand reached the final of the Thomas Cup, it seemed that India was moving ahead in sports.  However, the best was yet to come as Pullela Gopichand went on to capture an unprecedented All England crown, beating Chen Hong in the final.

What did Pullela Gopichand say about PV Sindhu and Saina Nehwal?

Gopichand said, ‘As a coach, I gave tips to both of them. Every day there is a loss or victory in the academy, which encourages the winning and losing players to move forward. Achieving great achievements.

Saina’s world ranking had improved with the win in Gold Coast. She had reached number 12. She had won four out of five matches against Sindhu so far. Last year, Saina defeated Sindhu in the final of the National Badminton Championship to win her third title.

“I take mobile phones of Saina and Sindhu during competitions or matches to be held,” Gopichand said at the felicitation function organized by the Federation of Indian Chamber of Commerce and Industry, the women’s organization FICCI (FLO). I even inspect her room to see if there is a laptop in her room, chocolate in the fridge.

Pullela Gopichand used to play cricket very well during school days. He wanted to become a cricketer. Apart from cricket, he also used to play badminton well. One day his elder brother asked him to play badminton. He said that ‘in cricket you may get lost in the crowd, but in badminton you will have a different identity’. Gopichand started playing badminton after his elder brother advised him. He practised relentlessly and became a championship contender. Gopi received his initial training from SM Arif, after which Prakash Padukone joined him in ‘BPL Prakash Padukone Academy’. Gopichand also took training from Ganguly Prasad at SAI Bangalore.

Saina Nehwal, a famous name in badminton, used to train at Gopichand’s academy. But due to continuous poor form, Saina decided to change her coach. Saina decided to take coaching from former head coach Vimal Kumar to prepare for the Asian Games to be held in Incheon, South Korea. When Gopichand was asked about this, he smiled and said that if she performs well in the upcoming tournament, then no one will be happier than me.