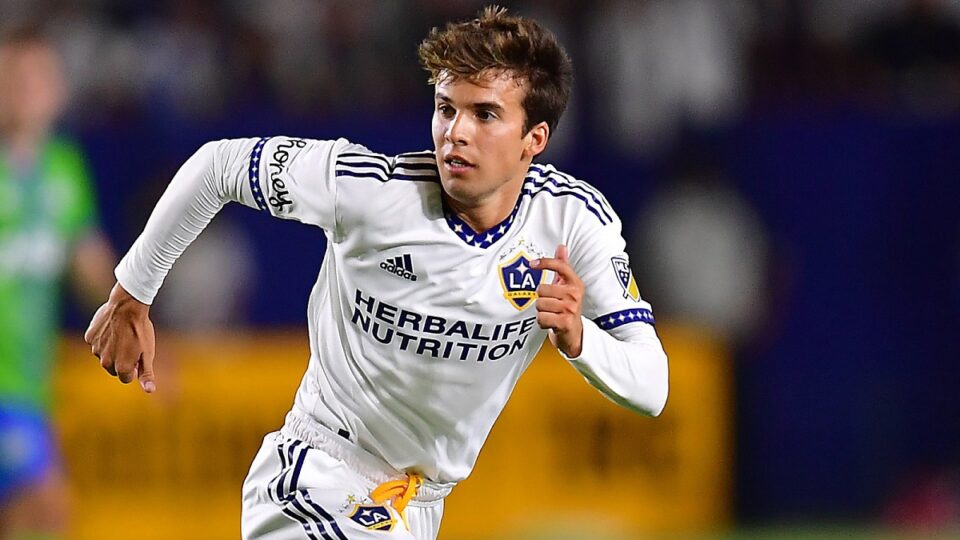 Recently, one of the most unusual transfers in pro football history took place. Riqui Puig, a promising young Spanish soccer player, left Barcelona on a free transfer and signed for the Los Angeles Galaxy of Major League Soccer. He was one of La Masia’s biggest projects in recent years, but it didn’t have the expected results. It’s not unusual for European league stars to join MLS teams. However, they usually do that during the twilight of their career, not when they are at the peak of their careers in their youth. While it’s true that the MLS is becoming more popular everywhere, it’s not even close to the popularity and difficulty levels of popular European leagues such as the Barclays Premier League, La Liga, and the Italian Serie A. In this post, we will find out more about Riqui Puig and his surprising move from La Liga to the MLS. Let’s get started.

Riqui Puig: The Tale Of An Unlikely Transfer

How did Riqui Puig start his career in Barcelona?

Riqui Puig arrived in Barcelona in 2014 to join the youth academy. He managed to reach the team after being one of the best of the generation of 99, which in 2018 was proclaimed champion of the UEFA Youth League. The following season he debuted with the first team. The midfielder did not manage to have continuity and Xavi told him at the end of last season that he did not intend to have him on the senior team.

Why did Riqui Puig decide to leave Barcelona?

After Barcelona coach Xavi Hernandez informed Riqui Puig that he won’t be a part of the Barcelona senior squad, he started analysing possible proposals, and thus came the approach from Los Angeles. The MLS team offered the footballer a contract on August 2nd and two days later, on August 4th, the deadline for the transfer window, they were already announcing him as a new signing.

What did the LA Galaxy coach say about the Riqui Puig signing?

Greg Vanney, Riqui’s new coach, spoke about how the young Barcelona star arrived and revealed the reason why he accepted the offer. “Sometimes it’s a little risky, but if you don’t swing, you don’t know. That was the same idea we had in Toronto when we got Giovinco. If you don’t swing, you’ll never know if you can swing.”

“The pieces worked together. He was a young man who was looking to go somewhere else to get games to play. He saw the project and his family saw it as really beneficial and exciting for him,” Vanney added. He added: “I had dinner with him and his family the other day and he’s been around. He just has this nice youthful energy, but there’s also a passion for playing, and obviously the skill will speak for itself when he gets on the field. “

“We will be more dependent on him in those final actions and develop that part of his game than perhaps we would be if he were in Barcelona. That is not the role he is expected to play at Barcelona, ​​which is to be the final passer, the playmaker, and all that sort of thing. But he comes here and he’s that guy for us and I think he can really grow in that space,” he said of what he expects from the player.

In addition, he revealed that Puig, waiting to resolve his work visa, could debut when the LA Galaxy face the Vancouver Whitecaps: “Probably from the bench given the grand scheme of things. We’ll see if things happen tonight and he can fully integrate into training tomorrow and all that kind of stuff.”

As reported by the newspaper AS and the journalist Albert Roge, Riqui Puig is close to becoming a new player for the Los Angeles Galaxy of MLS. It only remains for them to close certain final details of the operation. FC Barcelona is working to keep an option for the future, although it will not have a percentage for the future sale of the footballer.

Riqui Puig was one of the first Xavi Hernandez discards for the next season and the player was looking for a new destination because he would not have minutes in the rotation. He did not go to the club’s preseason in the United States to try to finalize his future.

Was there a chance of Riqui Puig making the Barcelona senior team under Xavi?

The one from Matadepera had not linked his future to any agent and that role was played by his father Carlos, who was the important man in the last renewal. Riqui, whose contract ends in 2023, had been relegated to the bench for several years and the arrival of Xavi on the Barça bench could give him the opportunity he has been asking for so long. At least, now there is one more interest for the midfielder to succeed as a culé player.

Now it is the Barça squad who also rests his confidence for his future in Canales, a person who has been accompanying Pique and Xavi for several years, and with whom he has a great relationship. Umtiti and the former Barca player, Rakitic, are other players who work with this same agency.

In almost all the market windows since he was promoted to the first team, the Catalan club has considered his departure, but the midfielder has always refused to leave Camp Nou. The Catalan media had been talking about the importance that the quarry was going to have with the arrival of Xavi and among those names was Riqui Puig.

This summer he received offers, but the one from Matadepera did not study them either, convinced that this season he was going to play more. But neither. For this reason, he was already in talks with other clubs, and his future seemed to be outside the Barca team in January. Now, finally, he can fulfill his dream, which is to establish himself as a starter and succeed at Camp Nou. And he knows that, with the new coach, Xavi Hernandez, he will have a very important role, since he is the profile of the player that the Barca legend likes so much.

Did Riqui Puig fail to fulfill his youth promise with Barcelona?

The player’s exit is not surprising. He never trusted a coach within the club, despite the fact that many fans on social media placed him at a level that he is not at and he probably never will attain. He is not a bad footballer, but he never showed that he was at the level of being in a top-level team in Europe. They sold him as the new Xavi or Iniesta with just minutes in the first team.

Do teams like Barcelona and Real Madrid overvalue their young players?

Riqui Puig was never an important footballer at FC Barcelona because he never counted on all the coaches who passed through the bench of the Blaugrana team. And, with the arrival of Xavi, everyone thought it was going to be his moment to shine, but it was he who gave him the final blow to finish his stage at the club.

The reality is that, like everything that happens in the Real Madrid and FC Barcelona environment, everything is overvalued to the point that they see things that are not. Riqui Puig, like many academy players from La Masia or great signings from the merengue team, has come to nothing because they are not as good as they are made out to be. It’s a harsh reality check.

The move to LA Galaxy was intelligent on behalf of Riqui Puig as he avoided relegating himself to a long, boring spot on the Barcelona bench. The young footballer who hardly counted for Ronald Koeman and who did not want to go out on loan either because he wanted to show that he is worthy to play for Barca has signed for the agency representing Arturo Canales, the same man who manages Xavi Hernandez and Gerard Pique.

The representative had been in Doha for a long time, where he had seen Xavi’s last game as coach in Qatar and had dinner with vice president Rafa Yuste, director of football Mateu Alemany and various Al Sadd officials. The signing with Riqui Puig had taken place in recent days before he traveled to close the arrival of the Terrassa player at Can Barca.