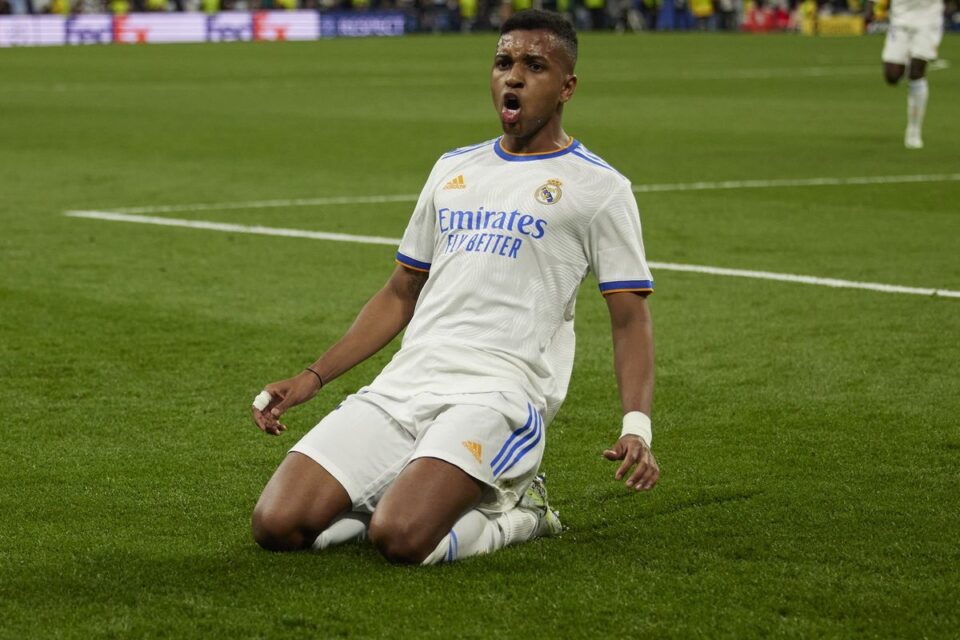 In the world of football, it is fashionable to label every extraordinarily talented young player as the new update of an already established star, rather than allowing him to build his own reputation. Young footballers are overwhelmed with the pressure to believe they have to live up to the best players in the history of the game. One such footballer is Rodrygo also known as Rodrygo Goes. Here are some interesting things about his life and career!

This Is Rodrygo Explained: 7 Key Facts About The Young Real Madrid Forward!

1. Rodrygo, who grew up in Sao Paulo was dubbed the ‘new Neymar’:

Having become the youngest athlete to sign a sponsorship deal with Nike, Rodrygo was called Neymar by the Brazilian media from the age of 12.

“I think it’s hard to find a way to take advantage of it, because I think I’ll always lag behind in comparison,” Rodrygo told Goal magazine in an exclusive interview after winning the 2020 NxGn award. to the player considered the best “teenager” on the planet.

“We’re talking about Neymar, who is an idol for everyone. I’m just getting started, so making that comparison with him is a bit difficult. Yes, that’s good, because that’s a sign that I’m doing something right and showing something on the pitch, but there’s always going to be something a little wrong with that idol comparison…..because there is unnecessary pressure that ends up being thrown at me. Thank God I’ve always been able to say that I don’t want to be compared (to anyone), then there’s never been a lot of talk. Sometimes there is, but it comes from outside, so it doesn’t interfere much on the pitch”, he concluded during the interview.

Prolific goalscorer Neymar (30 years old, 74 goals in 120 caps) has been thrilling the entire football planet for years, with his talent, his dribbling, his abilities to make plays, his vista, and his personality.

As the possessor of an excellent start to the season with PSG (11 goals and 8 assists in 11 games), “Ney” is starting to get everyone to agree; which bodes well ahead of the World Cup.

He still inspires the young nuggets of Real Madrid such as Rodrygo praised the Paris Saint-Germain player with an inspiring post! He sees Neymar as his idol as evidenced by an Instagram post where the photo is of both Brazilians playing in their yellow jerseys!

He was the youngest athlete to sign a contract with the sports brand as the 17 years old became Lopetegui’s first Real Madrid signing. It’s not by chance. Rodrygo Silva de Goes was emerging as one of the most important Brazilian promises, and the reality is that the young man began to stand out six years ago, at just 11.

It was in a tournament in New York, in which the Brazilian player was chosen as the best in the championship. At that time, the fact is that he had just landed at Santos, after a brief spell at Sao Paulo, and his role in that tournament caught everyone’s attention, including the Nike brand. His agreement with the sports brand was just one of the records that Rodrygo has broken. At the age of 17, Rodrigo also became the youngest Brazilian player in history to score a goal in the Copa Libertadores.

4. In Europe, Rodrygo was feared after his Champions League hat-trick:

It was almost 3 years ago when Thiago Silva feared the Real striker.

“I hope Zidane will keep him seated on the bench (laughs). I think for a lot of people it might come as a surprise that an 18-year-old kid explodes like that, with such a personality. It’s not just his style of play. Look at how he celebrates every time he scores, he’s calm, serene. It’s not someone who has the melon or who plays it, who wants to put himself forward. He knows what he wants for his career, at a very young age, and he already has a great experience,” said Thiago Silva during one interview.

“Scoring three goals in the Champions League is something very few players are capable of. We will have to be careful of him because his talent and his quality speak for him”, also estimated the 35-year-old PSG captain.

This should fill 21-year-old Rodrygo with happiness.

Since arriving at Real Madrid from Santos for 45 million euros in the summer of 2019, the Brazilian international winger (6 caps, 1 goal) has clearly entered another dimension in Spain. So much so that the number 21 of the Madrid FC is an indispensable element of the Madrid identity!

Before the Clásico against FC Barcelona, Carlo Ancelotti showered him with praise in a press conference.

“When I think of Rodrygo, I think of an extraordinary and powerful player. Last year, he was successful by starting on the bench. This season, he has shown that he is also better in the shoes of a holder. He can play in all offensive positions which made him even more confident before the shock of the weekend in La Liga”, stated Ancelotti.

Signed from Santos for €45m (£39m/$52m) at the age of 17, the Brazilian teenager arrived in the Spanish capital at the start of the 2019-20 season, with the belief that he would evolve much of the campaign in the Castilian club, which plays in the third level of Spanish football.

But as rookies Eden Hazard and Luka Jovic struggled with injuries and subpar performances respectively, Rodrygo was promoted to the first team at the end of September by Zinedine Zidane, the club’s coach.

93 seconds after coming on, on his debut against Osasuna, he had found the net, scoring with a right-footed shot. Madridistas had a new hero to adore.

6. Rodrygo’s journey at Real Madrid has been quite steep:

In May 2022 Real Madrid FC had another epic night at the Santiago Bernabéu and eliminated one of the favorites from the UEFA Champions League, Manchester City Football Club, becoming a finalist in the continental competition. The hero of the night was Rodrygo Silva de Goes who with a brace extended the match to overtime and Real Madrid ended up winning it in 120 minutes. The Brazilian winger has an exit clause of 1 billion euros.

Rodrygo was also important against PSG. At 1.74 tall and 69 kilos, Rodrygo is the prototype of a light and fast classic winger. To these qualities, the 21-year-old Brazilian adds the innate talent that Brazilian players usually have, a player with all the characteristics to make great history in world football. In 2018, Real Madrid paid Santos from Brazil 45 million euros for the young talent. Rodrygo remained in the Brazilian team until the 2019/20 season where he finally joined Real Madrid Castilla first and then the first team of the Real Madrid club.

Rodrygo is currently worth 40 million euros, 5 less than what Real Madrid paid to Santos, but surely with his good performances this price will rise soon. As we mentioned above, it is once again worth remembering that his exit clause from Madrid is 1 billion euros.

The Brazilian winger arrived as a young promise from Santos in exchange for 45 million euros in the 2019/20 season and his adaptation to the Real Madrid club was quite complicated.

His first two seasons did not count for much for Zinedine Zidane and his level was not what was expected considering what was paid for a player who was only 19 years old. The Brazilian winger was about to leave at the beginning of the current season in search of minutes and Carlo Ancelotti FINALLY gave him opportunities that have culminated in star performances this year in 2022 both against Paris Saint-Germain in the Round of 16 and against Manchester City in the Semifinals of the UEFA champions league.

7. The future for Rodrygo is the Qatar World Cup and the Brazilian National Team:

Rodrygo Silva de Goes has had a football resurrection this year in 2022. From not being taken into account by Zinedine Zidane to being Carlo Ancelotti’s 12th player in 2022, he helped Madrid to win La Liga and is aiming for the UEFA Champions League with everything. This level is not only good news for Real Madrid but also for the Brazilian National Team.

Months before the Qatar 2022 World Cup, all the players with their respective classified teams are excited to be part of the World Cup event. The great level of Rodrygo can give fans the chance to join the list of the Brazilian National Team in Qatar, it is worth remembering that the 21-year-old winger has already been international with the Brazilian team under the current coach Tite.