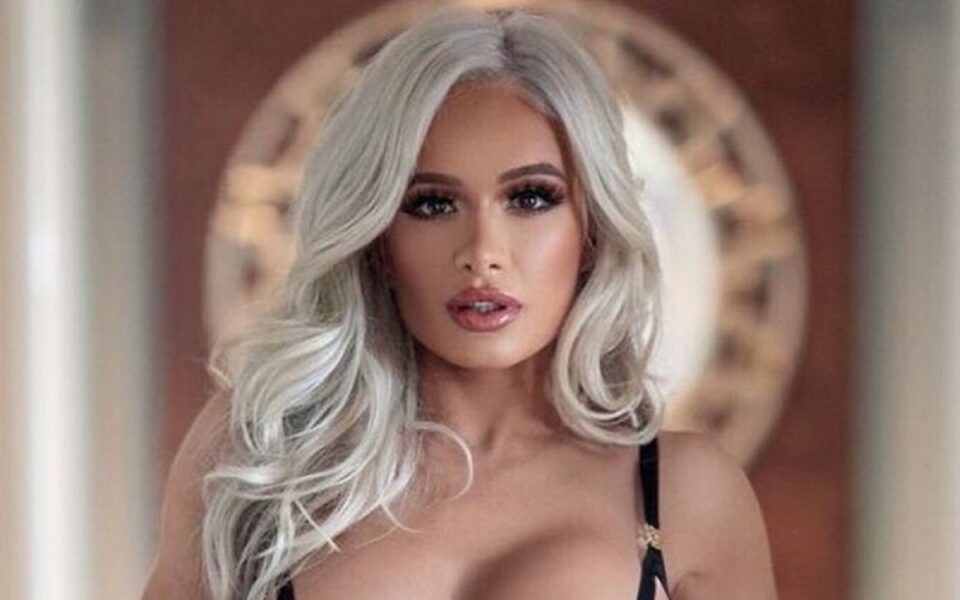 The blonde-haired bombshell of the wrestling world would trigger two words: Scarlett Bordeaux. She is the one and only Romanian beauty model and American wrestler and model better known as the WWE star where she performs on the NXT brand under the ring name Scarlett, wearing red lipstick to match her name! Scarlett Bordeaux is also known for her stint on Lucha Libre AAA Worldwide, Ring of Honor(ROH), and Impact Wrestling, in addition to competing in Ohio Valley Wrestling (OVW) as well as the independent circuit such as AAW Wrestling, hosting for Chikara, wrestling and Combat Zone Wrestling (CZW).

Scarlett Bordeaux: The First Romanian Beauty to Step Into WWE

1. Her real name is Elizabeth Chihaia and she is Romanian:

Scarlett Bordeaux came into this world on May 13, 1991, in Edgewater, Chicago, Illinois. The future wrestler is of Romanian descent and lived with her grandparents in Romania until she was five years old. She returned to the United States and participated in the choir while attending Carl Sandburg High School in Orland Park, Illinois. After high school, she became a full-time student, majoring in musical theater, and graduated from Columbia College Chicago. She trained as a mezzo-soprano at a conservatory.

2.  “The Throwdown Lowdown” debut started it all:

Chihaia who gave herself the name Scarlett Bordeaux then made her professional wrestling debut in 2012. She debuted in an American wrestling promotion called Chikara. Since then, many experts saw the great potential and charisma that she had and predicted a bright future in this industry.

Scarlett Bordeaux made her debut on April 27, 2012 at a CSW Southside Showdown event, defeating Angel. On August 17, Bordeaux was defeated by Angel in a rematch. On May 11, Scarlett fights for IWA-unlimited where she suffers her first loss to Angelus Layne. On December 1, he made his debut in the Great Lakes Championship Wrestling loss to Melanie Cruise. Meanwhile, Scarlett Bordeaux adopts the gimmick of a superficial first wife.

After going through the Ohio Valley Wrestling company, winning the women’s title, she signed a contract with Ring of Honor. Her stay in this company lasted 5 years, but in 2017 she decided to leave for unknown reasons. In 2014, and under her new stage name Scarlett Bordeaux, she signed with Impact Wrestling. Since then her beauty and athletic talent has attracted a lot of attention, for example, her character was very loved by the public. What Scarlett played was a sexy and confident fighter, also defending the freedom of women to feel as they wish, especially in professional wrestling. The blonde haired beauty called herself “The Smokeshow” Scarlett Bordeaux. This character made her become well known in this industry. After leaving Impact Wrestling, the model and wrestler spent time in AAA. But a few months ago it was rumored that she signed with WWE. However, it became official a few days ago on the WWE NXT Instagram account.

It is difficult to realize the moments when she was present in Vince McMahon’s company, but we can remember a few.

In some weekly WWE shows, Scarlett Bordeaux made small appearances and in fact, her first WWE appearance was one of Adam Rose’s various colorfully costumed revelers named the Rosebuds at the Payback pay-per-view on June 1, 2014.

The model and female wrestler later stated that she had performed as Rosebud approximately 15 times as of March 2015. She made her WWE in-ring debut as Scarlett on the December 26, 2016 episode of WWE Raw, featured as a talent local before losing to Nia Jax.

Elizabeth is in a relationship with fellow professional wrestler Kevin Kesar, better known by the ring name Karrion Kross. She was there for him during his recovery and rise to the top of NXT and it was happy news when they announced their engagement in 2021.

The two NXT Superstars have been dating for years and met when she wasn’t wrestling yet, but instead acts as a proxy, while he’s running over every opponent they put in front of him, like she did with Tommaso Ciampa at TakeOver: In Your House. When their relationship was just starting out, the couple confirmed their relationship and was happy that they show something totally different, which according to the wrestlers in love, ” is why we wanted to work together”.

“We are sure that we can have separate careers later and that we can each continue on our own. But we really feel like we can bring something different to the WWE Universe that hasn’t been done before. Of course, we have great help from all over the world.

“This is an idea that’s been coming for a long time. We discussed how it could work, different scenarios, what can we do, where can we go, and we both made a commitment. We can do it and figure out the right way to do it. It can be a great idea and we’re excited and happy about what we’re doing.”

Luckily it worked out because when Karrion Kross had a serious head injury, he opened up about how much Scarlett meant to his recovery process. She was there for him in many ways as he worked every day to rehab his injury.

“While the WWE doctor was treating me the night I got hurt, she was already looking into a course of recovery that could start immediately the night it happened. She took me to pick up a very specific machine from the Performance Center that helped freeze the injury, and she helped me through the initial stages of rehab that same night.”

“He asked if I needed to go to the hospital and I said, ‘No, I have to go to Wendy’s and get a Baconator.’ She is the love of my life. Many people don’t know that we are a couple in real life, but we are. She helped me through this whole process, psychologically and physically.”

“She helped me with everything. People love to be invincible on TV, but nobody really is. Periodically I worried that I wouldn’t come back in the same form or how my body would respond to hitting the mat. She was there for me every step of the way, telling me what she needed to hear and not what she wanted to hear.”

Anthony McClelland: Is He The Biological Father Of LeBron James?