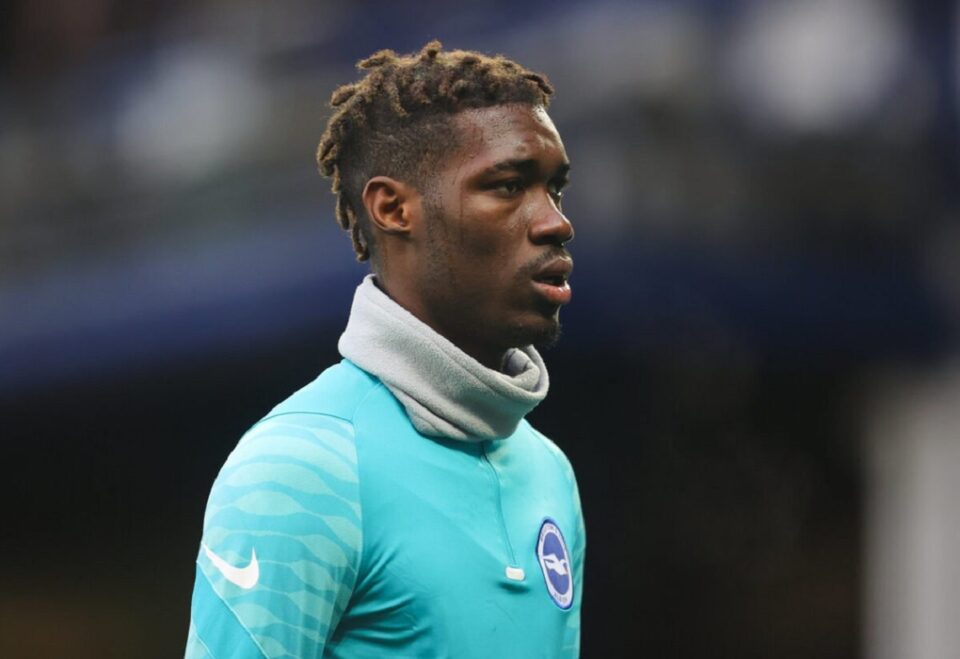 Malian professional footballer Yves Bissouma is a midfielder for the English Premier League club Tottenham Hotspur and the Mali national team. Although he came into this world in Ivory Coast, Yves Bissouma grew up in Mali. The footballer has played for AS Real Bamako, Lille, Brighton, and Hove Albion. In June 2022, he joined Tottenham Hotspur for a fee of 25 million euros and signed a four-year contract. Bissouma has been featured for the Mali senior national team since 2016. He was a member of the Mali squad at the 2017 and 2021 African Nations Cup.

1. How Yves Bissouma got discovered:

Yves Bissouma grew up in the Yopougon Sicogi district of Abidjan. he started playing at the age of 8 in the KIMIFOOT center, before joining the Majestic SC, a training center partner of the Jean-Marc Guillou Academy in Bamako.

Spotted at the age of 13 during a detection tournament, he and his compatriot Rominigue Kouamé then joined the Academy in Mali. Following his five years of training, at the age of 18, he joined AS Real Bamako, one of the best clubs in Malian D1, where he quickly became one of the centerpieces of the midfield.

A sandy wasteland, children of all ages grouped in a swarm, frantically chasing a worn-out ball that a child who is more skillful than the others drives at the end of his sandal. Yves Bissouma was not that one. Born 20 years ago in Issia in the Ivory Coast, the man who then idolizes “ Zokora Didier Maestro” as he calls him, remembers: “As a child, I was not the best. I quickly understood that we are not born with qualities, that we have to work. So I preferred to be braver than talented”.

Enough, however, to join several clubs in his neighborhood of Yopougon Sicogi, in Abidjan where he grew up.

Indeed, it took a lot of courage for the then-child to dream and work hard. His parents were poor and his chances of success were slim. Fortunately, he had guts and knew how to grind. According to him: “I COME FROM A VERY POOR FAMILY. I CONSTANTLY THINK ABOUT IT….THIS IS WHAT GIVES ME THE STRENGTH TO ACHIEVE MY GOALS”.

3. Catching the eyes of the French with Lillie:

He caught the attention of French scouts at the African Nations Championship in February 2016. On July 7, 2016, four months after arriving at Lille O.S.C. from AS Real Bamako, Bissouma signed his first professional contract with the club, with a duration of three years.

The proof that the eyes of Lille recruiters were caught can be seen when contacts with LOSC go back long before CHAN.

“I was at the Academy even still”, said the footballer.

From then on, reinforced by the professional destinies of his Malian predecessors Koné and Traoré, he did not hesitate to join the Loscist house and on March 22, 2016, Yves discovered France.

“That moment, I have hoped for all my life. But from the moment it becomes reality, the dream disappears, it turns into a goal”, he analyzes with astonishing hindsight, the man who immediately joined the Lille reserve team which was then in CFA 2.

“When I arrived, I was very impressed by the mentality of the people, their politeness, but also by the magnificent landscapes of France. I was a bit lost, I didn’t know how to behave. Fortunately, I quickly made friends like Lebo (Mothiba), Didier (Lamkel Ze) who helped us a lot to integrate, Rominigue (Kouamé), and me”.

Yves Bissouma has a heavy shooting quality as evidenced by his goals against Uganda on January 25, 2017 and/or May 6, 2018 in a match between Toulouse Football Club and LOSC. He is a very comfortable player with the ball, able to make a difference in the central circle and deliver very good passes for his partners. They rely mainly on his ball protection to be able to eliminate his opposite and a very wide technical palette to give us pleasure. Bissouma is a very good player to follow with a game quite similar to that of Paul Pogba.

5. Played for the national team:

Originally from the Ivory Coast, Malian by nationality, footballer Yves Bissouma is the pride of Mali.

Yves Bissouma received his first selection with the Mali team on October 18, 2015, against Mauritania (2-1 victory). Next, by the end of 2015, he was selected with Mali under 23 to participate in the 2015 African Cup of Nations under 23 which takes place in Senegal. Mali was later eliminated from the group stage.

On February 4, 2016, he scored his first national goal in the semi-finals of the 2016 African Nations Championship against the Ivory Coast (1-0 victory). This is a special moment for him since he scored this goal against the country of which he is a native.  In January 2017, Alain Giresse included him in his list of 23 players selected to participate in the 2017 African Cup of Nations.

6. As an Ivorian, he still picked to play for the national team of Mali:

“First, I spent all my childhood in Mali, then I trained there in an academy, so I didn’t find it necessary to go elsewhere. I have always believed that football is universal and that it is played all over the world. So I didn’t hesitate to opt for Mali and I’m happy about it”, said the midfielder.

7. Yves Bissouma was called to play in the Ivorian team:

Yves Bissouma was contacted first by the president of the FIF, and then by Gervinho but he preferred Mali because he was more comfortable in the country where he grew up, and where he did everything.

“It is in Mali (in Ivory Coast) that I have my generation like Didier Drogba. I played big competitions with Malian selections so I understand that I can’t go anywhere else. Really I didn’t hesitate for a moment to do it and I don’t regret my choice”, said Yves Bissouma.

8. This is how Bissouma feels against the Ivory Coast team:

“A football match remains a game even if there are stakes. I play as usual. I can even tell you that it motivates me more to show that I have talent. I also want to show people that I take my job seriously”, said the footballer.

9. Yves Bissouma and Rominigue Kouame have been inseparable:

Iconic pairs such as Idrissa Gueye and Pape Souare. Or, Adama Traoré and Youssouf Koné and Yves Bissouma and Rominigue Kouame. In the recent history of LOSC, beautiful African stories often went hand in hand.

Originally from the same district of Abidjan as number 33, Rominigue Kouamé N’Guessan has a trajectory exactly similar to his childhood friend.

“No, he is not my friend, he is my “brother”, corrects Yves. We went through the same stages together, at the same time. At Majestic SC, at the Academy, at Real Bamako, in the national team for CHAN, at LOSC in CFA and then with the pros. We share everything, we advise each other. We even decided to take an apartment together, five minutes from the center. We come every day by bike…well, we used to come, until we couldn’t find them again. The proof that we share the same chances, but also the same misfortunes”, the footballer joked during one interview.

The Most Successful MLB Teams

9 Rare Facts About The Jokic Brothers You Never Knew!