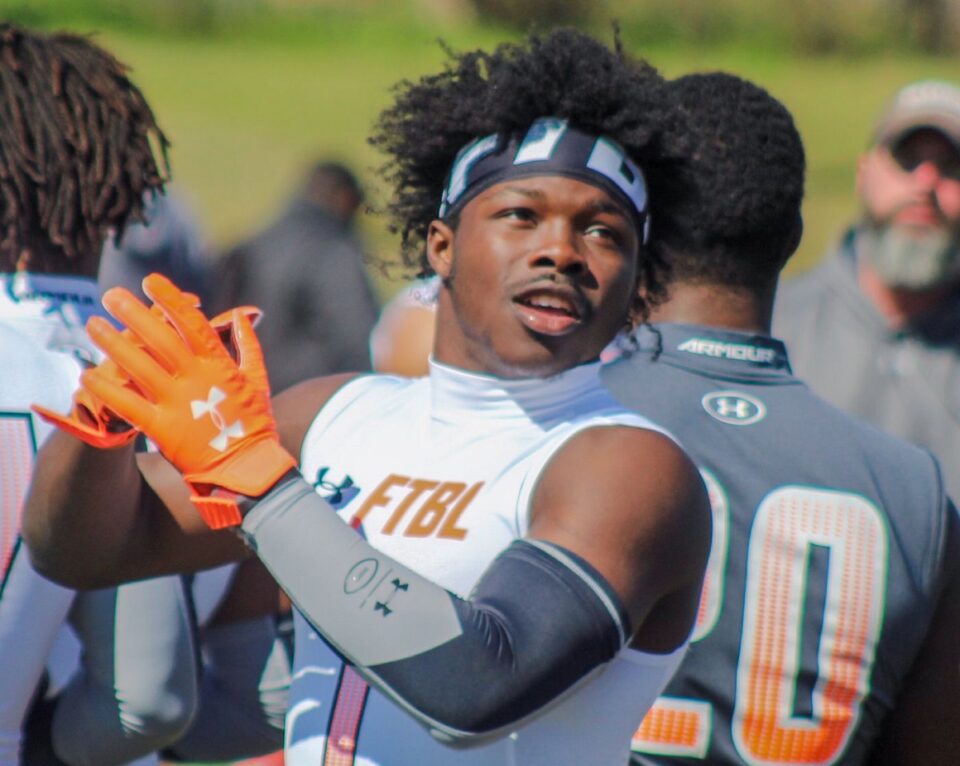 When he attended West Mesquite High, he was named the Pac-12’s first offensive player of the year after rushing for 597 yards with six touchdowns on 83 carries in five games. Ty Jordan was then drafted to the All-Pac-12 second team. The 19-year-old who died on Christmas day was fourth in the Pac-12 in rushing yards and third in rushing yards per game. Here are 8 facts about his life and career.

Ty Jordan: 8 Things To Remember About The University of Utah Star

American college football player Ty Jordan was a young freshman from Mesquite, Texas who died at the age of 19.

He was the first freshman from Utah to have three consecutive 100-yard rushing games since 1995 after having ​​rushed 27 times for 167 yards.

2. He was a star freshman running back at the University of Utah:

Prior to his death the Mesquite, Texas, native rushed for 597 yards and scored six rushing touchdowns in a short five-game season for the Utah Utes.

3. He died from self-inflicted shooting to the stomach:

Ty Jordan was a rookie football running back at the University of Utah, who died at the age of 19. This information was confirmed by the university’s athletic department.

Multiple reports in the US press indicate that the cause of death was an “accidental shooting” caused by Jordan himself.

It all took place on the night of Christmas on December 25 in Denton, Texas, northwest of Dallas.

Officers from the city Police Department responded to a call for a shooting and identified a victim at the scene, who was transported directly to a local hospital, where he died.

“On behalf of the University of Utah, our love and condolences to Ty Jordan’s family, friends, teammates and coaches. We are devastated by this terrible news. Seeing Ty on the field meant being enchanted by his athleticism and talent. Rest in peace, Ty, “said Ruth Watkins, president of the university.

Head coach Kyle Whittingham expressed the team’s deep sadness about his death tweeting that he knew Ty Jordan would be a great player even before he stepped onto campus.

“He was a light, always with a smile on his face,” Whittingham wrote. “One of the humblest, hardest-working guys we’ve ever seen go through this show. We love you, Ty.”

4. His first year in Pac-12 conference career was his last:

During his first and only year in the Pac-12 conference, Jordan was named Offensive Rookie of the Year despite playing only four games in 2020. Jordan led the ‘Utes’ in carries with 83, as well as rushing yards. (597), rushing touchdowns (6) and total yards (723).

As part of their presentation, they highlight his ability to receive the ball and throw it quickly, as well as his ability to generate his own shots and teammates, from penetrations. He had a good hand for external shooting, attached to his speed, earning him second-team all-conference honors.

In his time as a university student, Jordan made his college debut on his 19th birthday and he played in a way that he had 53 all-purpose yards on eight touches in a 33–17 loss to USC.

Later he stood out for his scoring and athletic play becoming the first Utes freshman since Fuamatu-Maʻafala to accumulate three straight 100-yard rushing games.

In 2018, his mom was diagnosed with lung cancer and within a month of hearing that shocking news, his mother  received a bone cancer diagnosis the following month in January.

Most unfortunately, the young footballer revealed in a tweet in August that his mother passed away.

A Sherman High senior named Gage Smith asked Jordan if they could kneel and pray together after he learned that Jordan’s mother, Tiffany, was battling stage 4 lung and bone cancer.

Jordan’s aunt clicked the photo of them praying after a high school football game when the final whistle sounded. The photo was gratitude for the gesture which was later widely shared on social media.

“When you are playing, you are playing to win and the other team is the enemy, but after that, you have respect for the opponent,” Smith told KXII during an interview.

“Seeing him explode, I was very surprised and I didn’t expect it to be like that, I was just doing it for him and his mother and his family,” Smith continued.

Mitchell, who entered his fifth season with the Jazz, was not wearing his normal No. 45 jersey at practice – he wore No. 22 to pay tribute to ex-football players  Ty Jordan and Aaron Lowe.