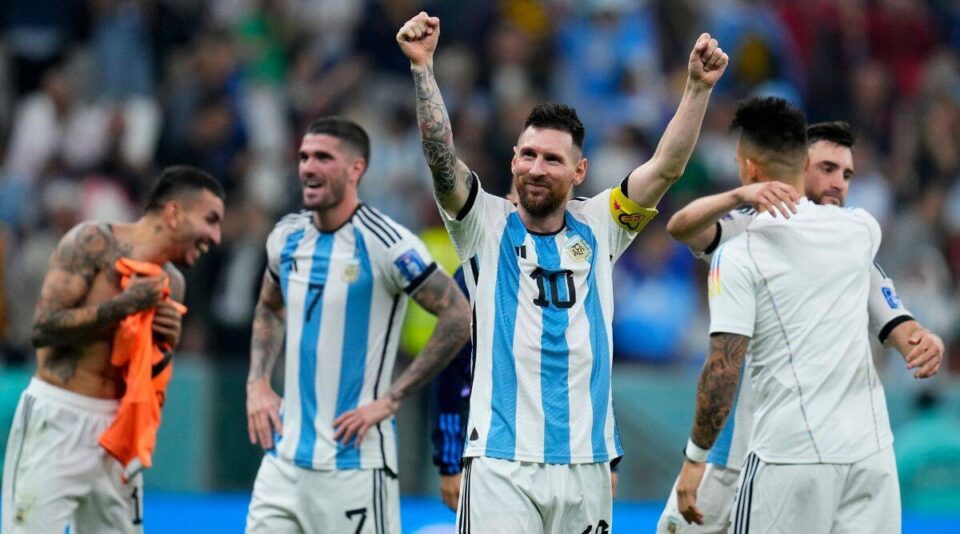 If you watch Lionel Messi play once, you are going to be amazed by his greatness and wizardry on the football field. He is widely considered to be the greatest football player of all time and his on field magic tends to leave his opponents bewitched. Messi’s unique abilities are universally recognized and applauded and in this post, we will try to find out what makes him so dominant. Let’s get started.

Lionel Messi: The Secret To His Domination

The exceptionality of Lionel Messi is not debatable. It is not an episodic virtue. The true conquest of the Argentine has been to turn genius into something routine. “Messi is Maradona every day,”  Jorge Valdano declared with clairvoyance. It is his day every day. But how to explain such a special talent? How many times have we asked ourselves how he is able to develop everything he thinks of on a soccer field? How is Lionel Messi such a conjurer of footballing tricks?

How important is the contribution of Messi’s brain?

Many scientific studies have approached the figure of Messi to respond to something so extraordinary. They all highlight cognitive abilities and motor skills as decisive elements of his football hegemony on an individual level. Messi is superior to his competition in terms of speed, intelligence, technique and physical conditioning.

Messi is capable of doing unimaginable things for any mortal. And the brain is the key to the entire creative process of it.  In each action, the footballers carry out complex geometric, aerodynamic and probabilistic calculations in minuscule time intervals, even if it is instinctively and they do not rationalize it within. Intelligence assumes a major role in the game.

Understanding Messi’s uniqueness is not possible without a detailed analysis of how his brain works. He is more mentally active than the rest and this fact allows him to make better decisions. Through visual stimuli and experience, he processes information at high speed. The synchronization of the hemispheres, the functioning of the motor cortex and the neural activity offer light to his case. And a very symbolic play emerges as the perfect reflection of his greatness.

Scientific research distinguishes Messi’s brain as his main asset. It has greater neural activity than the average which promotes its mental speed and agility in decision making. Goals like the one he scored against Malaga in 2008-09 display all these qualities. His head analyses and the rest of the body outlines his ability. Messi is the best because he is out of the norm. He may be surrounded by rivals, but he knows how to come out on top in duels. He challenges, feints, fakes, and accelerates. And the ball follows orders. His eye-motor coordination is simply extraordinary. The sense of space, the escapist condition and the judgment of what happens around him make him a great decision maker. On the contrary, he surprises the world.

Creativity, intelligence and personality are evident attributes of Messi’s character. “I let myself be carried away by my instinct,” he says. His high motor and cognitive abilities allow him to do things that the vast majority of football players can’t even think of. A study, published in the Journal of Sport and Exercise Psychology in 2013, maintains that the brain of Lionel Messi is more active than that of the rest of the players. The analysis of his movements contributes to the thesis that Messi is a highly gifted football player.

How does Messi dribble the wall so well?

Statistics always show an eloquent, not definitive, perspective on a player’s virtues. Messi heads the list of the top dribblers in European football almost every season. According to data from Opta, he has appeared in 755 games with Barcelona —23 are missing from the list— since he broke into the club’s first team, he has made 3,216 good breaks in all competitions. The figure is resounding and there are a few more additions to it. From this point of view, there has not been a more disruptive footballer on an individual level throughout history.

How many times have we seen Messi’s dribbles and impossible plays? He has an almost exclusive gift. But how does he do it? The analysis of his movements illustrates it.

His dribbling technique is determined by the stability of his movements and the powerful change of pace thanks to his powerful lower body and low center of gravity. His head thinks and the trunk, arms, and legs execute. No frills or excesses. His ease in getting around rivals in confined spaces never ceases to amaze despite the passage of time. It is almost impossible to stop. He pulled off a staggering assist during the 2022 World Cup Semi Final against Croatia when he bamboozled a defender 15 years younger than himself.

What makes Messi a deadly goalscorer?

If the dribbling punctuates the unusual quality of Messi, the shot uncorks its major impact in the matches. Messi is a great goalscorer. The authority that he exhibits in striking the ball has made him one of the greatest goalscorers of all time, only behind Cristiano Ronaldo on the all time list. Since he is younger than the Portuguese, we can expect Messi to end up in front of Cristiano Ronaldo by the time he retires. His prodigious kicking technique is perfectly portrayed in his free kicks, a skill in which he is a consummate expert, among the best of all time. He had great teachers in the Barcelona dressing room such as Ronaldinho and Thierry Henry.

Messi began to stand out in this section in 2009. With his gaze fixed on the ball, he faces each direct free kick with a range of almost imperceptible movements in a dynamic sequence. But behind it, there is a careful formula. The biomechanical observation of his execution in the free kicks highlights a method that combines balance and rotation of the body, control in support and the effect it gives when shooting. In addition, he has a great capacity for improvisation to vary directions and heights. It is this other irrefutable quality of Messi. Originality in everything he does.

The excellence of the Argentine player would not be such without the active participation of his brain. How does this one work? Science offers answers to explain Messi.

Messi drops the goals, the passes that only he sees, and the dribbles that no one can imagine. The almost unique brilliance of his game raises inevitable questions. How does he do what he does? Why is he the way he is? The genius of the Argentine soccer player has been approached from different perspectives, almost always linked to his technical conditions, innate talent and the automation of his physical and motor skills. Singularities coexist in him that make him the genius that he is. His football originality cannot be explained without the active participation of his privileged brain. Science establishes a rough scrutiny of its perfection.

Messi works as a goldsmith, engineer, tightrope walker, and senior executive. He is an all-in-one football player who is propelled by the enormous talent that is honed through hard work. Nobody plays like him, nobody has so many alternatives to prevail over the rival. The exclusivity of his dribbling also extends to hitting the ball. The story of a tireless goalscorer with pinpoint precision.

Who Is Dominik Livakovic? The Star Of Croatia With Multiple Arms