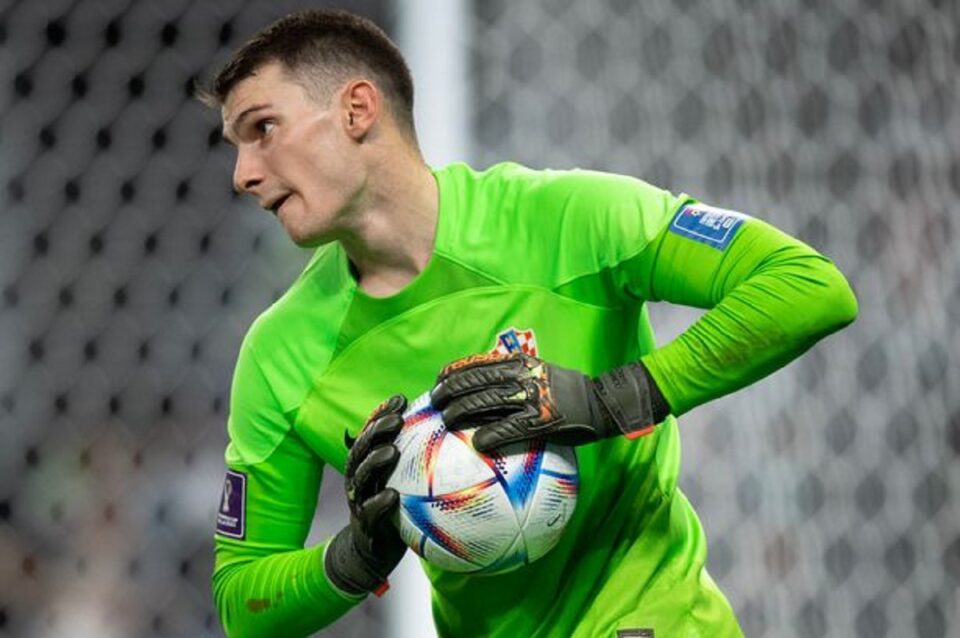 The Dinamo Zagreb goalkeeper from Croatia was decisive in the victory of the Europeans (4-2), from the penalty spot, against his counterpart from Brazil. In addition, it should be noted that Dominik Livakovic had an outstanding performance throughout the 120 minutes, in which he made 11 saves, thus becoming the Croatian goalkeeper with the most saves in a single game in the history of the World Cup and in the goalkeeper with the most saves in a match in Qatar 2022 (the Pole Wojciech Szczęsny was second with nine).

This got us looking into his past career, his present team, and what the future holds for Dominik Livakovic.

Dominik Livakovic: Who Is The Croatian Goalkeeper Destroying Japan + Brazil?

On November 9, 2022, Dominik Livakovic was selected by Zlatko Dalić to participate in the 2022 World Cup.

As of December 9th, the World Cup in Qatar 2022 continues to surprise the spectators and one of the biggest was is that Brazil, the five-time world champion team, was eliminated at the hands of Croatia, in the match valid for the quarterfinals of the tournament, after drawing (1-1) in the regulation time and later missing twice from the penalty shootout. Without a doubt, the figure of the match was none other than the goalkeeper Dominik Livakovic, who with his imposing 1.87 meter height guided his team to the semifinals of the tournament, expecting a rival between Argentina and the Netherlands.

In the elimination of Brazil from the World Cup, as we mentioned before, the goalkeeper was decisive in the penalty shootout against Brazil.

Livakovic’s goal was only surpassed by Neymar’s genius behind a wall and at the end of extra time, Bruno Petkovic gave the Croats hope three minutes from time, forcing the shootout from the penalty spot.

On Dec 5th, during the round of 16 against Japan, he saved three shots on goal allowing his team to qualify for the next round. He became the third goalkeeper to achieve the performance of 3 saves in a World Cup match (after Portuguese Ricardo Pereira in 2006 and his fellow countryman Danijel Subašić in 2018). He saved the goal again in Croatia’s quarter-final penalty shootout win over Brazil, equaling the World Cup save record of Harald Schumacher in 1982, Sergio Goycochea in 1990, and Subašić in 2018. By sending Croatia to the semi-finals he won his second Man Of The Man Award, the first awarded to him when he saved one penalty against Brazil.

It should be remembered that Livaković had already been Croatia’s hero in the round of 16: in that phase, he saved three penalties against Japan and was decisive in qualifying for the finals.

Croatia became the third team to overcome a World Cup tie from the quarter-finals onwards with a single shot on goal. Previously, it was achieved by Germany against the United States in Korea-Japan 2002 and Italy against France in the 2006 World Cup in Germany.

His nickname is “Cat”:

The goalkeeper’s nickname is ‘the cat’, because of his saves.

Dominik Livakovic measures 1.88 meters, the same height as the Mexican Alfredo Talavera, but he becomes immense under the three posts, especially when it comes to saving penalties.

The four Dominik Livakovic already saved in the World Cup in Qatar are not the work of chance, since he arrived in Qatar with a record of 14 penalties saved.

His previous coaches point out that it is easier to win the lottery than to beat him on penalties. Igor Jovicevic, who coached him at Zagreb, assures that the goalkeeper is transformed but in reality, he is an introverted person and often insecure:

“Under the bottom line, he is a cat. He is a goalkeeper who appears at crucial moments. Livakovic isn’t providential when you’re leading 3-0, he saves you when you’re 0-0, at the last minute. His success is not accidental. There is a lot of work behind it. He is a specialist in stopping penalties. It is easier for you to win the lottery than to score a penalty”.

It may interest you to look into Dominik Livakovic’s past:

Presently, we all saw how national team player Dominik Livaković guides Croatia to the semifinals of the World Cup against Brazil, but the 27 years old began at NK Zadar, a club from the province of Dalmatia, in Croatia.

Going further more, the goalkeeper began playing in the youth ranks of NK Zadar, until in the 2012/13 season where he signed for NK Zagreb, a team in which he started playing in the U19s and then rose to the first team.

So we can say that Livakovic made his professional debut in 2012, and four seasons later he signed with Zagreb, with whom he has already won nine titles between leagues and cups.

In 2016 he was left out of the final list of players who would go to the Eurocup, but he was called up to the 2018 World Cup in Russia, at the age of 23, and although he did not play a single game, he gained experience and was able to learn a little more from the then Croatian goalkeeper: Danijel Subasic, from whom he inherited the position.

After the 2018 World Cup, Livakovic became the starting goalkeeper and with gigantic steps and saves, he earned the trust of his teammates, especially Modric.

After four seasons wearing the NK Zadar colors, he jumped professionally to Dinamo Zagreb, a team with which he has won nine titles.

In the summer of 2015, the goalkeeper was transferred to his current club, which kept him on loan for one more season at NK, to incorporate him into the first team in the 16/17 season. Currently, with a contract until June 2024, Livakovic has become known at the World Cup in Qatar for his brilliant performances that have allowed Croatia to advance to the semifinals in Qatar.

And, if you google “Dominik Livakovic”, the name of the Croatian goalkeeper, invincible against penalties, you do it with the intention of finding the club he plays for and you will be surprised that it is not among the biggest teams in Europe, or among second-tier clubs, but within the big leagues like Serie A.

What does the future hold for Dominik Livakovic?

Although he was called up to the 2018 World Cup in Russia during which Croatia was runner-up, Livaković was a substitute for then-starter Daniel Subasic and did not have minutes. Now, with his brilliant saves, other offers from clubs on the Old Continent are expected to arrive very soon.

Croatia’s hero in the 2022 World Cup in Qatar plays for the biggest team in his country, Dinamo Zagreb, although he could be living his last months there, as the World Cup has been an unbeatable showcase to gain value and be in the eyes of several important teams in Europe.

Net worth of Dominik Livakovic:

The Croatian goalkeeper has been key for his team throughout the World Cup as he saved Rodrygo’s first penalty against Brazil and three more against Japan. Probably a name unknown to most before the start of the World Cup in Qatar, but based on saves he has earned a place in the group of revelations and best players in the World Cup tournament. He has not only been one of the most responsible for the elimination of Japan and Brazil from the World Cup, but also for the fact that his team, Croatia, has reached the semifinals of a World Cup for the third time in its history and for the second consecutive.

Livakovic arrived at Qatar 2022 with a value of 8.9 USD or 8.5 million euros but according to online sources, his net worth is around $5 million as Dominik Livakovic earns £780,000 per season in 2022 playing for Dinamo Zagreb. The Croatian goalkeeper’s weekly salary is estimated at £15,000.

With what value will he leave after the World Cup? His contract with Dinamo Zagreb is expected to expire by June 2024.