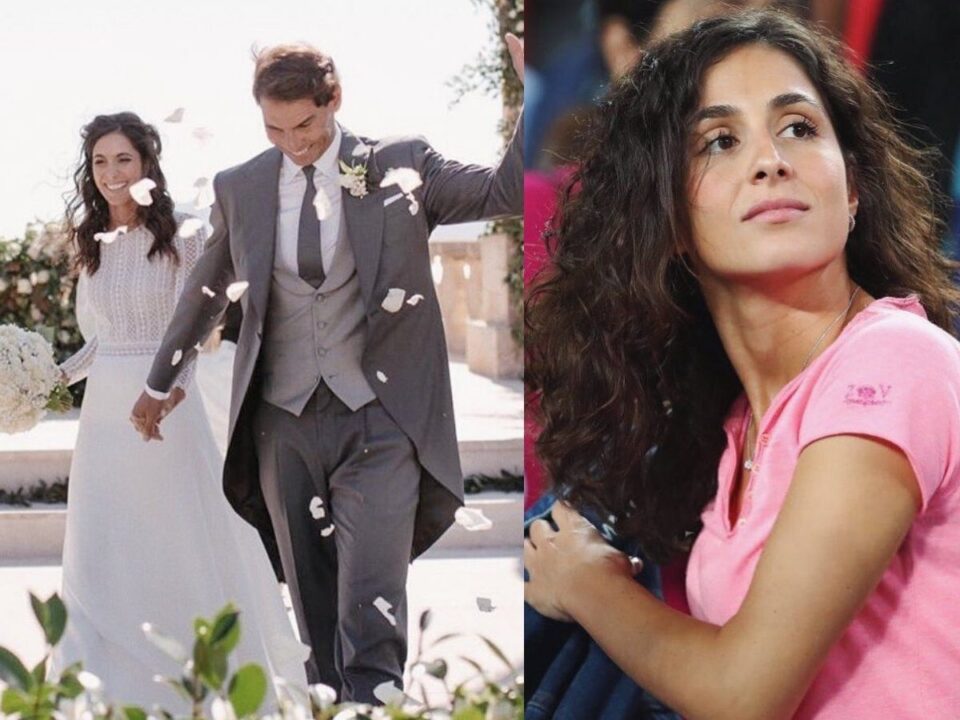 Tennis extraordinaire Nadal is discrete and does not usually have his personal life discussed. The only known serious relationship is the one he has maintained since 2005 with a young girlfriend named Xisca Perelló also known as Maria Francisca Perello.

1. Since 2005, Rafael Nadal has been in a relationship with Maria Francisca Perelló:

Rafael Nadal married María Francisca “Mery” Perelló Pascual on October 19, 2019. They had been a couple for fourteen years since when he met her, Nadal was a classmate of Xisca Perelló’s sister Maribel.

Both natives of Mallorca, their story began thanks to Maribel, Rafa’s sister, who went to the Pureza de María school in Manacor, where she became very close to María Francisca. Both of their families were always quite influential in the area. Rafa is the son of Sebastián Nadal, a successful businessman, and María Parera, a housewife. Xisca is the daughter of the Municipality builder Bernat Perelló and her mom, a City Council worker named María Pascual.

When they began their relationship in 2005 as teenagers, Nadal had just won his first Roland Garros and a young Xisca Perelló applauded him from the stands, trying to go unnoticed. They were both around 18 or 17 years old. Since then, the couple has established itself as one of the most stable in international sports and entertainment.

2. Xisca Perelló explained the reason for their long-lasting love:

Since 2005, Xisca Perelló has openly demonstrated her support for her husband’s career, as she frequently attends his matches.

Although María was always very close to Rafa, she herself assured in the book Rafa: My story, that the key to such a lasting relationship was her independence. “Traveling everywhere together wouldn’t be good for him or me, because if I followed him everywhere, I think there would be a danger that we wouldn’t get along so well.”

And this low profile is practically the main characteristic of Xisca, who does not have any public social accounts. In addition, very little is known about her private life as she is not in the spotlight at all.

The young woman let the nickname become popular until, just five years ago, she dared to admit in an interview that nobody in her environment calls her that. In private, he usually answers for María, although for the tennis player it is simply Meri or Mari.

Xisca Perelló and Rafael Nadal’s 2019 wedding was held in a place called Villa de Sa Fortaleza, where the couple settled the day before their union.

The well-known Majorcan priest Tomeu Català officiated at the ceremony, with illustrious guests such as King Emeritus Juan Carlos I and Queen Sofía, as well as colleagues from the tennis circuit such as David Ferrer, Marc López and Feliciano López.

Their marriage after 14 years of romance included not only luxury guests, such as the Emeritus Kings of Spain but also gowns!

As we know that the wedding ceremony only took place around the month of October, we assume that the proposal would have been conducted in May 2018, in Rome. During that time, it is interesting to note that Nadal had just won the tournament in the Italian capital for the eighth time, and had managed to rise to the top of the ATP ranking again, so it was a perfect context to ask his lifelong girlfriend to marry him.

The 34-year-old is an active worker in his partner’s foundation and she has always been characterized by being discreet and staying away from the press. However, it is common to see the Spanish black haired beauty supporting the matches of her famous husband.

Born in Manacor, the same town as her husband Nadal, Xisca is the only daughter of Bernat Perelló and María Pascual. Her father is a builder and her mother is a worker for the Manacor City Council. A few months after starting a relationship with Nadal, Xisca studied Business Administration and Management at the University of the Illes Balears.

After graduating, in 2010 she did an internship in the Endesa Communications Department.

According to the newspaper El País, her friends and family describe her as a “meticulous, punctilious, detailed and very professional” person.

Away from the spotlight of Rafael Nadal, Xisca is always in the background. Reluctant to grant interviews and attract glances and flashes, those who meet her in person highlight her formal and serene character, at the same time warm and discreet. She is not known for an outburst or a bad gesture, as if that village girl who presumes normality had spent her whole life training to be queen consort.

7. Xisca Perelló and Nadal are expecting a baby:

Although the athlete prefers to keep his private life away from the media, the truth is that it is known that he is married to a young Spanish woman with whom he has been in a relationship for several years. In addition, the rumor has recently emerged that the couple would be expecting their first baby.

The good news exploded during the vacations of the new champion of the French Open, from the confirmation of the Hola de España magazine.

Finally, Nadal will be able to be in that situation that he sought so much when starting a family. The photo that flooded the networks, and that advanced the novelty of the married couple in 2019, shows Xisca on a beach in Mallorca, wearing a swimsuit that, according to Hola magazine, “shows her new silhouette”.

In this way, the 36-year-old tennis player and his 33-year-old wife begin to write a new chapter in their lives.

With the announcement that the family is expanding, what is even clearer is that Nadal is excited sooner than he thought in the past.

As he himself has confessed on occasion we know he loves children, although it seems that fatherhood has taken a little longer to arrive.

Having just turned 36 and the shadow of his possible retirement still far away, the Mallorcan has always been grateful for the support of his family and especially his wife: “If I hadn’t had the support of my team and my family I wouldn’t I could have gotten all this and retired a long time ago.”

After graduating, Perelló worked in London at one of the biggest sports companies in the world. She later worked at Mapfre and, finally, established herself as a worker at the Rafael Nadal Foundation which was created in 2008, by Rafa and his mother Ana María.

The foundation was born with the aim of transforming from sport and education, in addition to promoting inclusion and diversity. María Francisca is a member of the Foundation’s board of trustees, where she occupies the role of Secretary. While on the executive team, she serves as a Director.

Previously, the young woman worked in the Communication department of Endesa in Palma de Mallorca and in Mapfre as an assistant in the management area and in the Business Development department. She speaks Spanish, Catalan, and English.

The young woman also has a charitable streak and since 2010 she has been involved in the development of a tennis training center for boys and girls in the city of Anantapur, in India.

Xisca Perelló is also currently the general director of this institution, in which she supports more than 800 children a year, between Spain and India, in order to guarantee equal opportunities in their environment. “We are a team, we do not work individually,” she said on one occasion when talking about her work.

Through its official pages, the organization is described as a space whose mission is based on “the conviction that all boys, girls and young people should have access to equal opportunities, now and in the future. Through our projects, in Spain and India, we accompany them so that they can reach the maximum of their possibilities, empowering them and fostering values ​​such as self-improvement, respect, and effort”.

FUN FACT: The photographs of Nadal and Xisca Perello’s wedding celebration were made known by Nadal himself, through the social networks of his Foundation.

Recently, after the athlete’s triumph in the Roland Garrós tournament, various media have indicated that the Spanish could be expecting the first baby of the marriage. It all started after seeing her in her last public appearance, where she wore loose clothes and hid her belly, like when she posed next to her husband.

Now, the news is confirmed: Xisca Perelló (33 years old), Rada Nadal’s wife, is pregnant with her first child. Some photos of the couple enjoying a day at sea in which she appears wearing an incipient belly with a printed swimsuit have cleared up all the unknowns. The tennis player is finally going to fulfill his great dream: to be a father.

The good news comes almost three years after their wedding, which they celebrated in October 2019, in Mallorca. Currently, Xisca Perelló and Nadal reside in the house they bought to live in Porto Cristo, valued at five million euros, and where they hope to dedicate themselves to parenting soon, as both have acknowledged.

Best Sports Betting Apps in the US in 2022

Ciryl Gane’s Career In 2022 Has Been Crazy! What Will He Do Next?