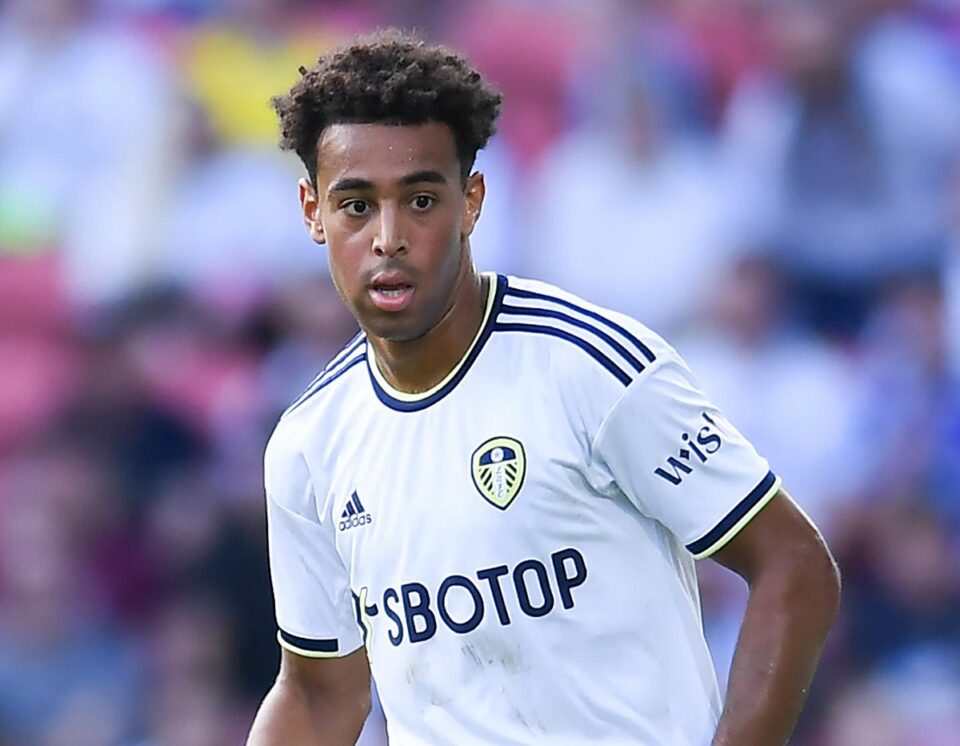 Tyler Adams will captain the United States football team for the World Cup in Qatar’22. The Leeds midfielder supplanted Christian Pulisic by American coach Gregg Berhalter. So, who is this Tyler Adams? And how did he find himself radiating leadership qualities? Let’s find out!

The explosive exchange between an Iranian journalist and Tyler Adams, the midfielder of the United States went viral just a few days ago.

The United States press conference on Monday gave rise to an unusual exchange between an Iranian journalist.

The key pointers were 1) the pronunciation of “eye-ran” and “ee-ran” and 2) Tyler Adams being a black athlete who might face discrimination in the United States.

An Iranian journalist, whose country faces the USA in the World Cup had some fiery questions stacked up against Adams:

“First of all, you say that you support the Iranian people but you do not correctly pronounce the name of our country”, he questioned.

The reporter then questioned the midfielder in a very offensive way: “Are you ok to represent a country which has been guilty of so much discrimination against black people?.

Keeping an imperial calm, Tyler Adams apologized for the pronunciation of the word “Iran”, before developing his answer: “There is discrimination everywhere. One of the things I know from living abroad and having to adapt to different cultures is that we continue to make progress every day. I grew up in a white family but with African American heritage. I have different cultures and it helped me to assimilate the culture of others. But not everyone is so lucky and it may take longer for some people. »

And to conclude: “Education helps. As you have just corrected me on the pronunciation of your country. It’s a progressive thing”, stated the man dripping in leadership qualities.

He is a United States football player:

An American football player who usually plays as a midfielder Tyler Adams made his debut for the United States national football team in 2017. In July 2022 he exchanged RB Leipzig for Leeds United.

Named captain for World Cup 22, for his leadership qualities:

On the eve of the United States’ entry into the World Cup against Wales on November 20th, American coach Gregg Berhalter revealed the name of his captain: Tyler Adams.

The young Leeds midfielder (23 years old, 32 caps) was appointed to the detriment of Christian Pulisic (24 years old, 52 caps), the more experienced Chelsea winger who had more often taken on this responsibility during qualifying.

The technician justified his decision by believing that Adams was a leader by “his words and his actions”.

“It’s a huge honor”, reacted the interested party, adding that “many (of his teammates) can also wear this armband and represent us with pride”.

Tyler Adams and his teammates attract massive audiences back home:

The World Cup match between the United States and England drew massive audiences on Friday as the two sides finished 0-0 in one of the most anticipated games in tournament history.

The match numbers have been increased due to the timing of this one. The United States and England played the day after Thanksgiving in the United States and in the middle of the afternoon, giving more people the opportunity to watch the match between eating leftovers and shopping for the holidays.

FOX stated that the United States-England match had attracted 15,377,000 views, making it the most-watched men’s football match on American English television of all time and said viewership had increased by 14% compared to the 2014 group stage match against Portugal, in which the two teams were tied 2-2 and Cristiano Ronaldo was at his peak.

The US had a few chances to beat Jordan Pickford, as did England against Matt Turner, but both held firm to keep the goals off the board. That being said, the United States needs a win over Iran to advance to the knockout stage. A tie or loss would send them home.

Tyler Adams made his debut with NY Red Bulls:

After signing his first professional contract with the club in March 2015, Adams played in the youth academy of New York Red Bulls and also made his professional debut with that club.

His debut came more than a year later, when they lost 2–0 to San Jose Earthquakes through goals from Fatai Alashe and Chris Wondolowski.

In 2017, Adams took on a more permanent role in the first team, and this year he also scored his first league goals. Against D.C. United he scored twice, contributing to the final score: 3–3.

Adams will continue to play for RB Leipzig till 2025:

In January 2019, Adams moved to RB Leipzig on a free transfer, where he signed a four-and-a-half-year contract. After one year, the American received a contract extension, which tied him to Leipzig until mid-2025.

During the summer of 2022, Adams was taken over by Leeds United for an amount of approximately twenty-three million euros, which he signed for five years.

As Gregg Berhalter’s men prepare for the World Cup Group B opener with the country Wales in Qatar, Tyler Adams has admitted that the late kick-off times will need adaptation with the team set to start each of its three group stage games at 10 p.m. local time.

Adams has experience with later games due to his previous Champions League appearance with RB Leipzig, but 10pm will present a new challenge for the USA side.

Speaking about the challenges of the USMNT’s late launch times in Qatar, he said: “Champions League games were obviously at 9am, so quite late. But yeah, it’s a big adjustment.

“I think for a lot of guys it was good to get here a bit earlier, especially the guys coming from the States to adjust to the time change and jet lag and get acclimated to it. Because for me it’s only three hours [time change from England] so I can’t complain too much about that.

Most of Adams’ teammates play for European clubs so they don’t have to deal with huge time differences, but some others in MLS have a head start in adapting.

The players in question are Jesus Ferreira, Shaq Moore, Walker Zimmerman, Aaron Long, Jordan Morris, Kellyn Acosta, Cristian Roldan, DeAndre Yedlin and Sean Johnson arrived in Qatar more than a week ago after their seasons in the United States.

Likewise Adams, center-back Tim Ream arrived in Qatar from England, although he also acknowledged the difficulty of late starts.

‘The fact that it’s 10pm is just one of those things we have to face and adjust our body clocks [to] the Fulham player.

“I think the staff and everyone involved in US Soccer, did a really good job of making sure we’re on it and we’ve been adjusting accordingly from the minute we landed.”

Who Is Dominik Livakovic? The Star Of Croatia With Multiple Arms